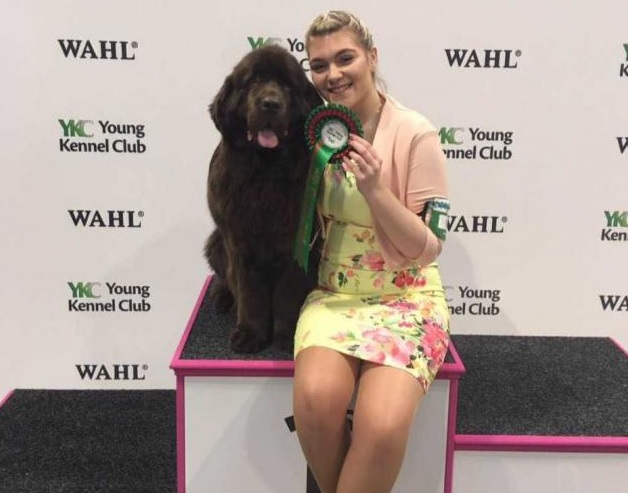 Nicole Owles aged 16 went at Birmingham’s NEC to take part in the 127th edition of the largest dog show in the world together with her 8 years old Newfoundland named Cooper.

Nicole and Cooper caught the eye of the judges picking up the first prize in the 12-16 years category in the Young Kennel Club’s Handling competition. Around 22.000 dogs visited the Birmingham’s NEC, with unexpected 3.623 contestants who fought for the Best in Show award.

As for Nicole, a member of Evesley Ringcraft, the chance to parade the center stage alongside her dog Cooper was something that she had dreamed about for all her life.

“I didn’t expect that we will win.”, said Nicole. “I’m satisfied with the results but I must admit that I didn’t expect this. Crufts is such an amazing experience and no matter how many times will I win I’ll keep coming every year.”

As for Cooper, we are sure that he will be getting extra spoilt.

Corgi Beach Party this weekend…And you are all invited !!!