Badly wounded stray dog was founded near University Campus in Parana State, Brazil. It was reported that he has being hurt by a group of students that put firecrackers in his mouth and lit them – just for fun.

When their party was over, they just left the dog to suffer and bleed and eventually to die. Luckily, this dog was found couple of hours after this gruesome act, but until then no one had attended his injuries, he was in state of shock and had massive blood dripping from his mouth.

After the dog was taken to the hospital, a medical update shows that this dog was checked-in with a fractured jaw, having lost a lot of blood and in weak condition but, the good news is that But (as the good doctors named the dog) is showing great resilience and most probably he will recover in full. Despite all the torture that Bud has been through, he is friendly as only dog can be. 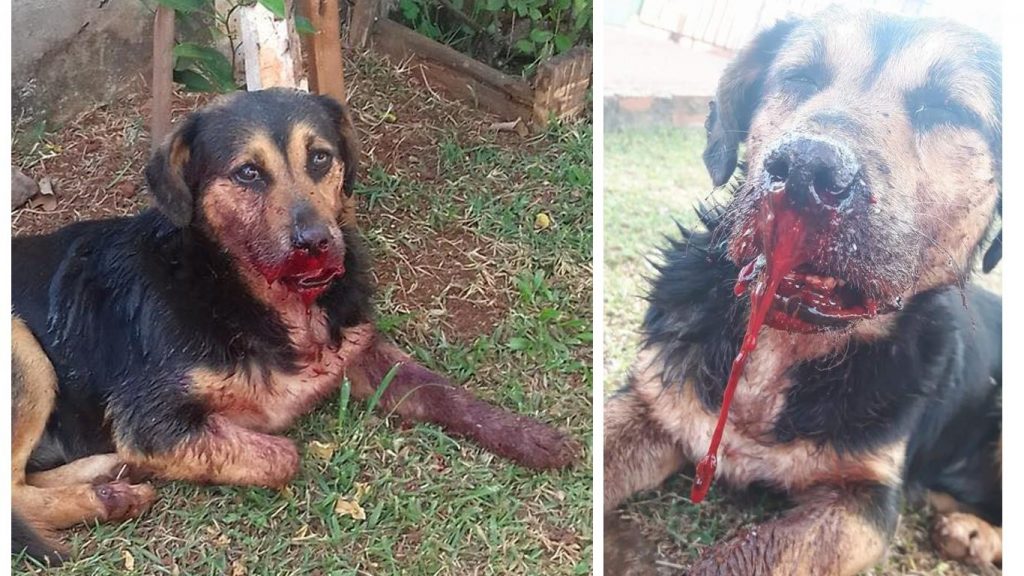 As for the authors of this gruesome act, there have been no updates. The bad news is that this monsters are still out there and it is just a matter of time when they will repeat this horrendous act on another animal or human being.