Jeffrey Nally Jr. from West Virginia’s Hancock County, came to the attention of the authorities when his girlfriend’s mother reported to the police that his daughter was not allowed to leave his house for over 3 months. But, when the police arrived at 1855 Orchard Road they found something much more gruesome.

The Serial Dog Killer, Jeffrey Nally Jr. was sentenced by honorable Judge Fred Fox to 10 to 45 years behind bars. All animal rights organizations will rather put him behind bars for life, considering that animal cruelty cases are most of the time neglected by the justice system, this is really substantial punishment. And considering the weight of the case, this is not a puppy mill but a intentional killing and torturing of innocent dogs and puppies. According to the statement, this monster has found the puppies on adoption ads on Craiglist.

His house was raided by the SWAT in March 2011 when he was reported of holding his girlfriend in captivity. There were 29 carcasses on Nally’s property and a lot more evidence in the house such as dog’s eyes in a jar and blood and hair covered tools.  Nally Jr. was convicted for 29 counts on animal cruelty, 1 count of prohibited firearms possession and 1 count of domestic battery. Although he had passed on a plea deal that was offered to him in January, he took the plea offer this week. 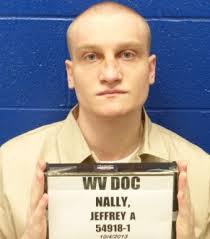 Nally Jr. pled guilty to nine charges of felony animal abuse and unlawful possession of firearm. He will receive on to five years on each count for animal cruelty and one year on the firearm charge.

He hasn’t show remorse for his actions but, by his lawyer’s words – “he accept that what he did was wrong”.

It does sounds horrific, but cases like this are not uncommon. The most famous case is the Barry Herbeck’s – he sodomized, tortured and killed nearly two dozen animals and he was sentenced to 12 years in prison.