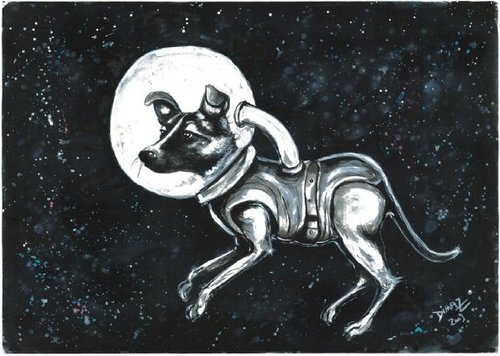 On November 3rd 1957, the Soviet Union launched the first living animal into orbit, a dog named Laika. The flight was made in order to test the safety of space travel for humans, but unfortunately was a suicide mission for Laika, because at that time, technology wasn’t advanced that far to assure a return trip.

Laika was a stray dog, picked from a street in Moscow, aged around three and weighed around 13 pounds. The reason why Laika was chosen for the test launch was, because she was a stray dog, and the scientist believed that living on the street has made Laika more resourceful and less demanding, and she was a female, which means that she wouldn’t need to raise her leg while urinating, so it could function better than a male dog in a small space.

And the last reason why Laika was picked was, because she was very photogenic and she had memorable name, which was given to her by the scientists.Laika’s travel was one-way trip, and while the Soviets stated that this is necessary in order to develop space traveling for humans, the public was divided. Many critics, mostly from the other side of the Iron Curtain thought that sending Laika to space was just another case of animal abuse. 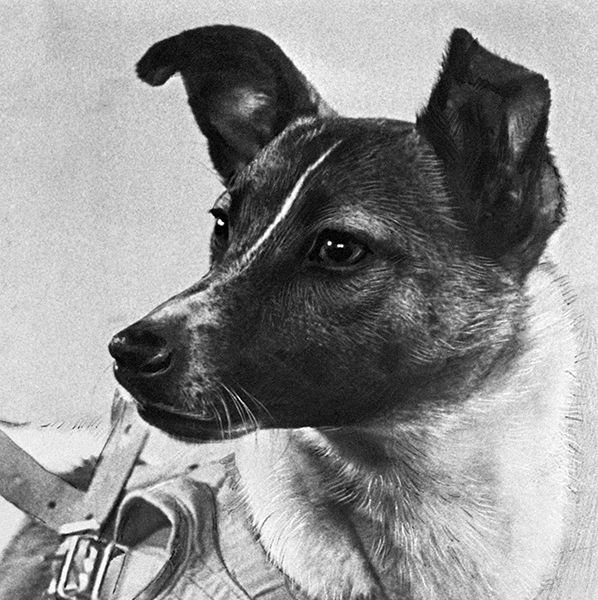 The idea of sending living creature to space came from the top of the Soviet state. In 1957, for the celebration of the 40th anniversary of the October Revolution, it was decided to show to the rest of the world that the USSR is winning the race for space superiority. The first choice was to send monkey instead of dog, but monkeys were stubborn and very difficult to train, so the choice fell on dogs, instead. But, it couldn’t be any dog as well. It should be stray dog, female aged around 2 to 3 and it should weight up to 7 kg. in order to be placed in the capsule.

RELATED ARTICLE:  How Recognize The Symptoms of Elbow and Hip Dysplasia in Dogs

Out of ten dogs that were tested in the Aeronautics Institute, three dogs were selected, Muha, Albina and Laika. Muha was rejected because she had problem with her legs, Albina was expecting puppies, so twelve days before the launch, Laika was selected.

The former staff of the Institute remembers Laika by her good look and curious nature. Dr. Adilya Kotovskaya said once, that just before the launch she cried and beg for Laika to forgive. Her collegue, Dr. Yazdovski, few days before the launch, took Laika home so she could play with his kids.

The preparation for Laika’s launch started four days prior. She was attached to a machine that will measure her heart rate and on October 31st she was placed in the small capsule with very few space for movement. In the capsule, there was a device for oxygen regeneration and automatic feeding device that opened two times a day and it contained gelatin food. 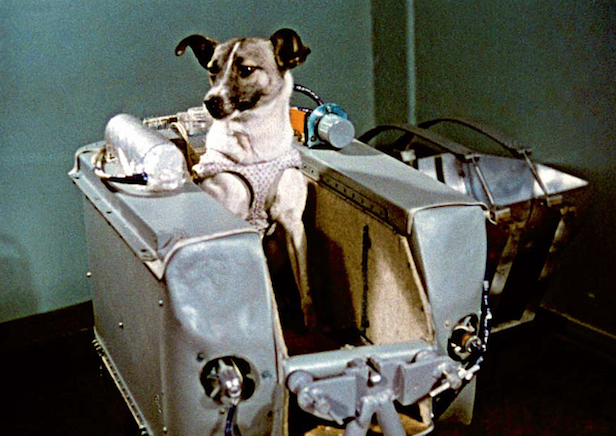 Early morning on November 3rd 1957 “Sputnik 2” was launched from Baikonur in Kazakhstan. Even thought, the first reports were not good, Laika quickly adapt on zero gravity and all her vital parameters were normalized. But, because of a defect on the device for thermal regulation, the temperature inside the capsule reach up to 40 C. It was predicted that Laika will be alive more than 7 days, she died of heart stroke after only 6 hours in space.

It was decided that “Sputnik 2” continue it’s mission and in the next 158 days, it circle around the Earth for about 2570 times. While penetrating the Earth’s atmosphere “Sputnik 2” and Laika’s body were destroyed. In order to cover the death of Laika, the Soviet press started to release stories about her being alive and adopted by a family in Moscow and the truth about the mission’s failure was kept secret for years later. 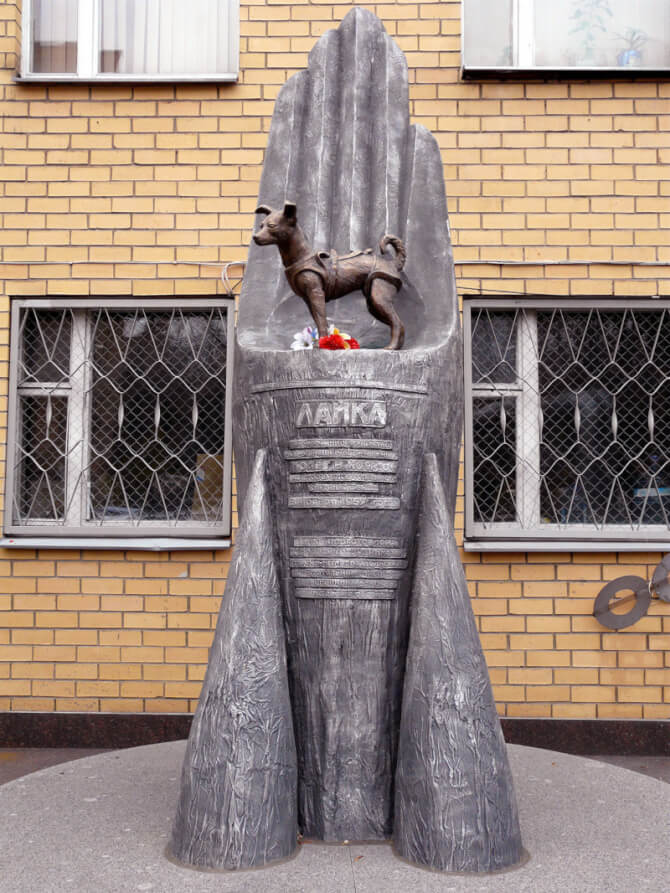 The public did not believe in this stories, so there was a constant pressure to make Laika, National Hero of the Soviet Union. According to some sources, this subject was discussed in Kremlin for some time, but at the end Laika didn’t receive her medal. On April 11th a monument of Laika was posted at the Aeronautics Institute in Moscow, in order to pay tribute to this hero dog who was sacrificed for the sake of science.