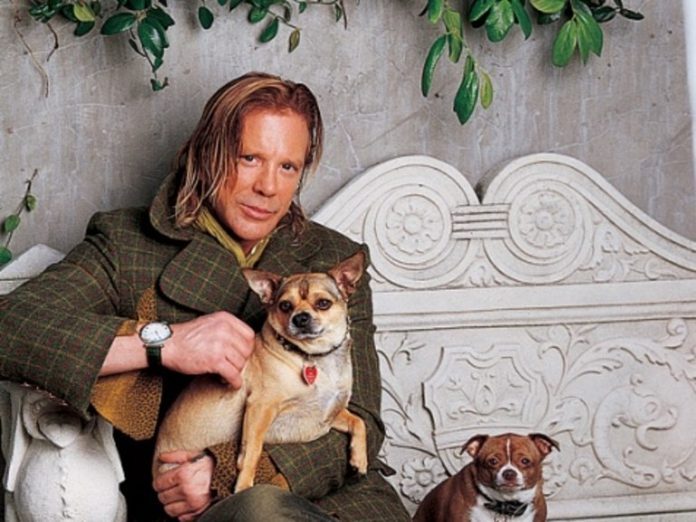 In a interview, 65-years old actor Mickey Rourke revealed how his dog saved him from committing a suicide when he was struggling with depression.

He said : “I was going through the hardest time that I’ve had in my life. I was hurting myself and I spend entire day sitting in a closet.” The famous actor who is a proud owner of six dogs, continued: “I couldn’t take it anymore and I took a loaded gun. While I was deciding which part of my head should I shoot at, I saw my dog, Beau Jack that was barking at me like he was saying “who’s going to look after me now?”

It really made me put the gun down. But, I’m honest when I said that at the time I was ready to go. Sadly, Beau Jack, died in 2002 after suffering a cardiac arrest. Mickey attempted mouth-to-mouth resuscitation after his beloved dog collapsed, but he couldn’t save him. After Beau Jack passed away, Mickey took his body to a church to be blessed.

Mickey Rourke didn’t forget his canine friend. After winning the Golden Globe for the role in the movie “The Wrestler”, in his acceptance speech he thanked all his dogs. The famous actor said – “Sometimes when a man’s alone, all that he got besides him are his dogs. And my dogs are my world”. 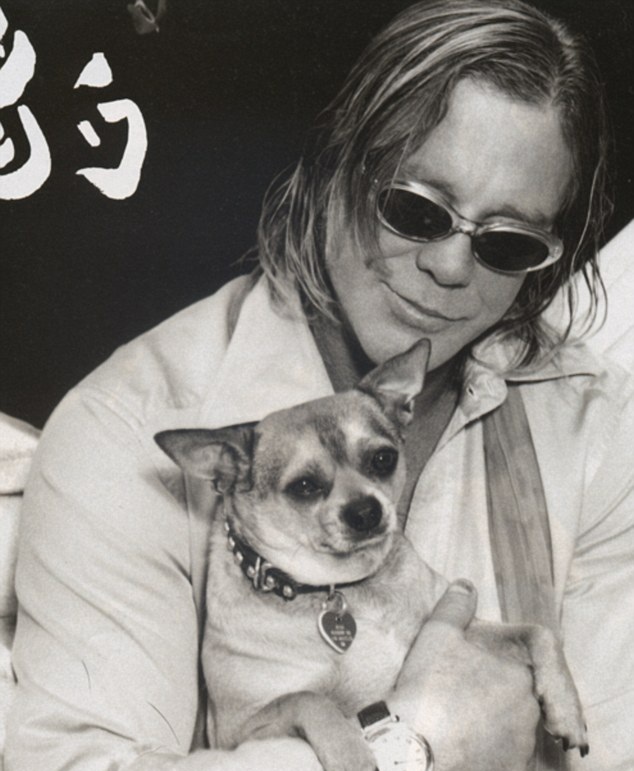 Couple of days after the Golden Globe awards, the famous actor again mention his dogs while remembering about the thorny road that he was walking on in the past.

Mickey said – “I wanted to self-destruct about 15 years ago. My wife left me, my career was over, I was broke. My dogs were there when there was no one for me”.

When he was asked about the suicide, he responded – “Yes, I didn’t want to be here, but I didn’t want to kill myself either. I just wish that I could push one button and disappear. I haven’t leave my house for couple of months, and I was staying most of the time in my closet, for some reason. I admit that I was in a bad place, and wanted to kill myself, but angel of the Lord spoke to me in the form of my dog Beau Jack and ask me – “who will take care of me when you will be gone”. That hit me really strong. I don’t have kids, the dogs are everything to me.”

Mickey Rourke’s acting career was going down when he finally decided to leave it and start professional boxing career, which left him with broken nose, compressed cheeks and a split tongue. He went to the wrong plastic surgeon, who botched his face.

RELATED ARTICLE:  How are Dogs Trained to Act in Movies?

Mickey Rourke’s love for dogs is well known world-wide and there is no surprise that he made a call-to-action documentary. “Eating Happiness” is a documentary about the brutal dog consumption, through the eyes of the animal rights activist.