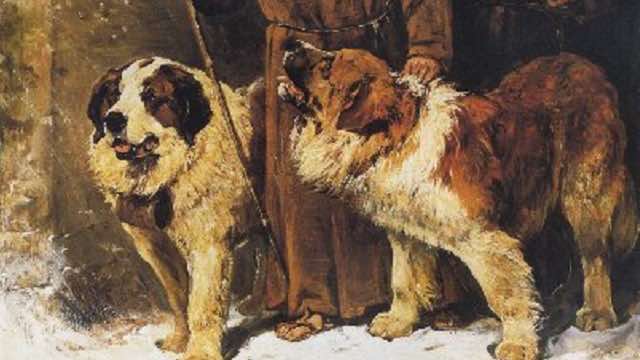 Say “Barry” to most non-Swiss and they will probably think of Barry White. Say “Barry” to a Swiss, and they will probably think of a barrel-wearing St Bernard who saved 40 lives as a mountain rescue dog (including a half-frozen boy whom he flipped onto his back and carried to safety) before being stabbed to death by one of Napoleon’s soldiers who mistook him for a wolf.

The truth isn’t quite so dramatic, as a new exhibition at Bern Natural History Museum explains.“When you’re a saint or someone very famous, your death has to be something special too – you can’t just die in your bed!” Marc Nussbaumer, an zoologist and scientific advisor at Bern Natural History Museum, told dogtrophy.com. Which, in reality, is what Barry did in Bern in 1814, having been brought down – old and tired – from the Great St Bernard Hospice on the Swiss-Italian border two years earlier.

The reason why a monastery servant brought the then 12-year-old dog to the Swiss capital is a mystery. Nussbaumer, author of “Barry of the Great St Bernard”, thinks he was meant to play an educational role “like in fables”, propagating the work of the Augustinian canons up at the hospice.Indeed, when Barry died, it seems he was already well known. In 1816, Friedrich Meisner, a professor of natural history in Bern, wrote: “I find it pleasant and also comforting to think that this faithful dog, who saved the lives of so many people, will not be quickly forgotten after his death!” 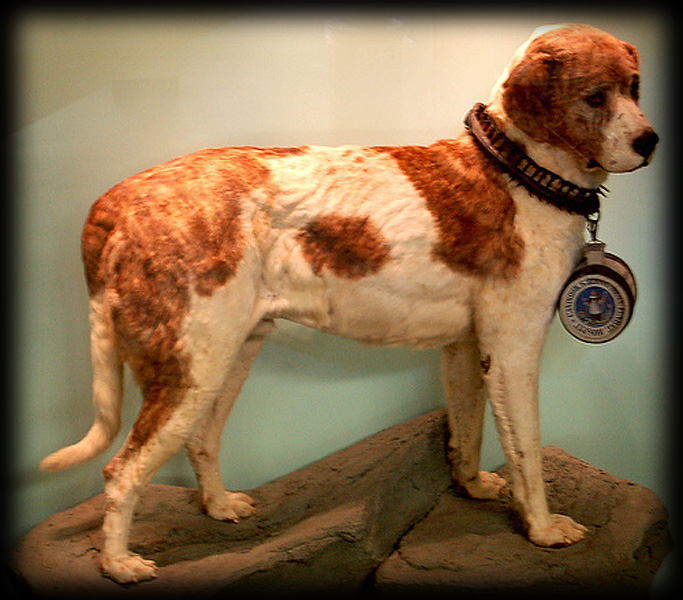 The Great St Bernard Hospice is located at nearly 2,500 metres above sea level on the treacherous Great St Bernard Pass, which connects Martigny in canton Valais to Aosta in Italy. It has provided food and shelter for travelers for almost 1,000 years. The hospice and its dogs are estimated to have saved more than 2,000 lives over the years.

While the canons would spend their days and nights praying and looking after guests, local guides would patrol the paths helping anyone who had been defeated by the challenging environment. In the mid-17th century, these guides started taking strong dogs – mongrels of all breeds – with them.

“It’s much easier if you have three or four big dogs in front of you. First of all the dogs know where they’re going. Also they pack the snow so it’s easier to walk. And then they have a good nose – all dogs have good noses – and when they smelled someone somewhere, they would alert their handlers,” Nussbaumer said.

He stresses, however, that Barry wasn’t an avalanche dog, locating buried travellers and digging them out.

“He was just one dog among a lot of other dogs, living at the Great St Bernard Hospice.”Rudolf Thomann, head of the Martigny-based Barry Foundation, the organization now responsible for breeding the St Bernard’s from the Great St Bernard Pass, explains why they are no longer used as rescue dogs.

“They are too heavy to lower down from a helicopter with a guide and to then lift them back up.”

Adapting to a changing job market, St Bernard’s, which can weigh more than 100 kg, have had to play to other strengths, such as limitless patience when being patted.
“They are very social dogs. We go to care homes with old people and handicapped people and two years ago we started camps for young people with behavioral problems or a handicap. We had two camps in 2012, six camps in 2013 and this year at least 12 – it’s a huge success,” Thomann told dogtrophy.com.

“It’s a fact that if you have a dog or a cat, your blood pressure goes down.”

The Barry Foundation currently has 34 St Bernard’s, including about six males (one of whom is always called Barry in honor of his illustrious predecessor). An average of 20 puppies appear a year and most are sold – at CHF2,400 ($2,670). 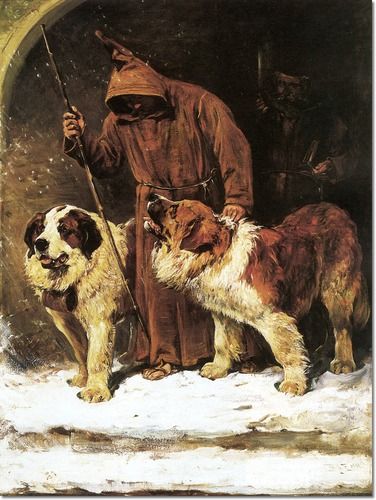 So although Barry, born in 1800 (the year Napoleon crossed the pass to enter Italy), wasn’t the first rescue dog, he is certainly the most famous. Books have been written and feature films made focusing on the classic ingredients of danger and rescue, heroism and tragedy – not to mention Swiss reliability.

“His story is still great – running around the mountains saving people. He’s giving hope to everybody and I think it’s this combination that makes Barry, even today, a good ambassador for Switzerland,” Michael Keller, vice-director of Bern Tourism, told dogtrophy.com.

“It’s like chocolate and cheese. I’d say Barry’s in about third position, and he’s great for everybody – children as well as adults.”
Keller explains that Barry remains very popular especially in Asia. “A lot of Japanese people come to Bern. They don’t know much about Bern but they know about the bears and Barry – they always ask where they can find Barry.” 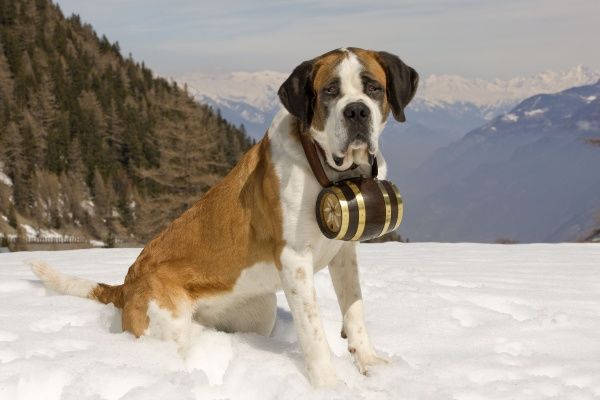 As to why Barry remains so popular, Nussbaumer reckons it’s purely because he was the one who was lucky enough to end up stuffed in Bern.

“He was put on show and all the stories regarding the dogs and all the good deeds were concentrated on him. For me it’s a case of primus inter pares [first among equals] – he is just representative of all those dogs over the past 300 years.”

“Barry – the legendary St Bernard” is a permanent exhibition at Bern Natural History Museum which opened in June 2014, 200 years after his death.Previously he had been squeezed between the men’s and ladies’ lavatories by the museum entrance. The multimedia, interactive exhibition not only explains the story of Barry, but also looks at the Great St Bernard Hospice and the monks who lived there and compares mountain rescue of 200 years ago with that of today. It is aimed at an international audience of all ages. Information signs are in German and English.