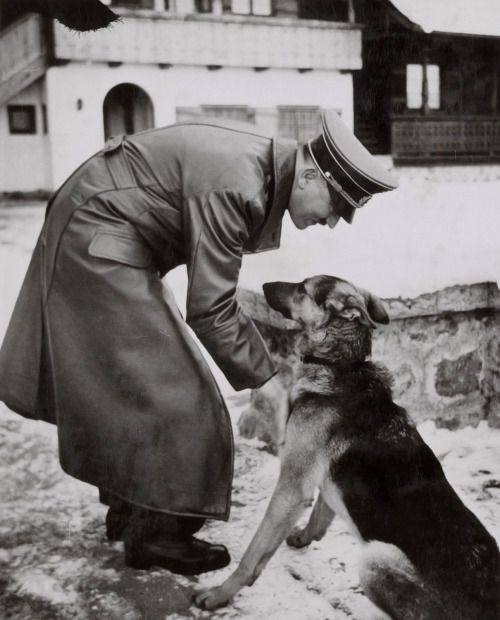 During the service in World War I,the young Gefreiter named Adolf Hitler had great affection for a stray White Fox Terrier named Fuchsl and was distraught when he lost him.

Years later,in 1921 he had been given a German Shepherd named Prinz,during his years of poverty,but he had been forced to lodge the dog elswhere.However,she managed to escape and return to him.Hitler,who adored the loyalty and obedience of the dog,thereafter developed a great liking for the breed.

After,he also owned a German Shepherd called Muckl.Before Blondi,Hitler had two German Shepherd dogs,a mother (born in 1926) and daughter (born in 1930) both named Blonda.In some photos taken during the 1930s (the daughter) Blonda was incorrectly labeled as Blondi.In May 1942,Hitler bought another young German Shepherd (from an official in the post office in Ingolstadt) to keep Blondi company.

He called her Bella.In March or in early April 1945,Blondi had a litter of five puppies with Gerdy Troost’s German Shepherd named Harras.Hitler named on of the puppies “Wulf”,his favorite nickname and the meaning of his own first name,Adolf (noble wolf) and began to train her.One of Blondi’s puppies was reserved for Eva Braun’s sister Gretl.Eva sent Gretl a letter containing a photo of Blondi and three of her puppies,which Gretl indicated the puppy she want with an arrow.

During the events in April 1945,Hitler learned of the death of his ally Benito Musolini, who had been executed by Italian partisans.This,along with the fact the Soviet Red Army was closing in on his location,led Hitler to strengthen his resolve not to allow himself or his wife to be captured.

RELATED ARTICLE:  Train Your Dog To Not Pull The Leash 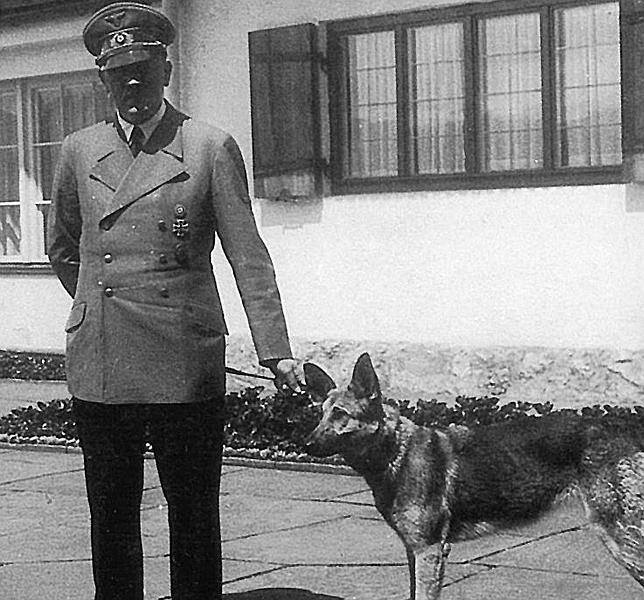