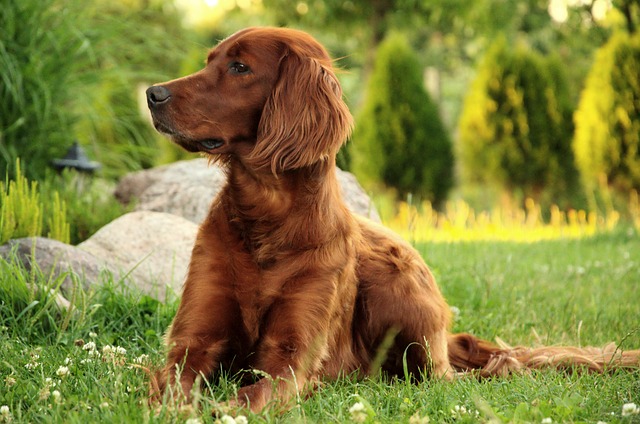 When it comes to one of the most famous breed in the world, we can’t fail to mention the Irish setter. The Irish setter is literally a mixture of cocker spaniel, pointer and some other English breeds.

The Irish setter first appeared in the eighteenth century because the Irish wanted a fast dog with a sharp hearing and later white sets. They first appeared around 1700. In 1874 the Field Dog Stud Book became the first purebred dog registry in the United States. Then in 1875 Elcho was the first Irish setter to be brought to the United States and he became a star of the show. On the other hand, there are theories suggesting that the Irish setter was created in Ireland with the aim of being a hunting dog specifically for birds.

The Irish setter is a hunting dog. It can reach 14 years of age. This breed’s male dogs can grow up to 71 centimeters tall while female dogs can grow up to 66 centimeters high. From these measures, it can be freely said that the Irish setter belongs to the mid-sized breeds and is literally built proportionally to the sporty look. It has a medium-sized round head. The body, legs, and neck of this vision are covered with a long hollow. 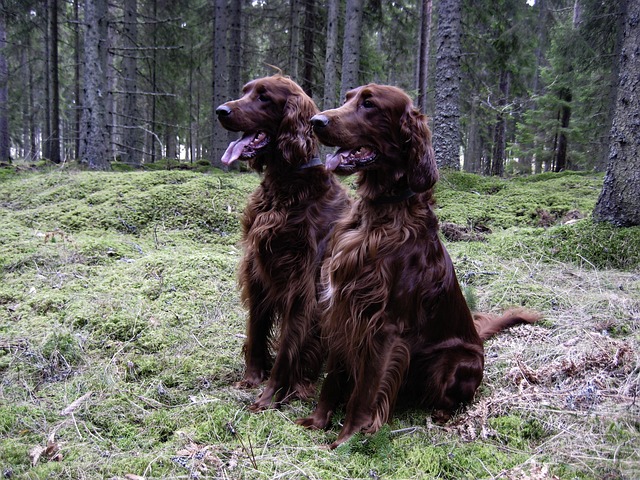 The are in some aspects is similar to the Golden Retriever and can be said to be a really friendly and family dog. They also have an excellent relationship with other animals in their surroundings. The are not aggressive and has a stable temperament.

They are generally smart dogs and their training requires patience. But their spite can sometimes be a problem. Irish setter learns new things but only when it comes to something that is interesting to them. If a particular activity is not interesting, they know how to do stupid things. Irish set-ups want to be in the spotlight.

Irish setter should be trained for a long time. Without proper training, they can easily become disobedient and destructive. They have an individual spirit and are sometimes stubborn, making the training process much more difficult. Even when they are small, they should be instructed to reach their boss when he calls them to have a very good sense of smell so that if they prey on prey they may stray to follow him and be deaf to the boss’s orders and reversals.

Different dog breeds have different nutritional needs. It is advisable to prepare the food yourself for your Irish setter. They are meat lovers. The adult dog should be given one meal per day of 500 grams containing 70% meat and the rest can be spread on vegetables.

The Irish setter is fast and playful on the go and they need more space to be happy. Walking long distances, running as a ball throwing to bring it in is a great way to maintain fitness. They are most suited to temperate climates and do not withstand high and low temperatures. After each stroll, you should brush at least three times a week.