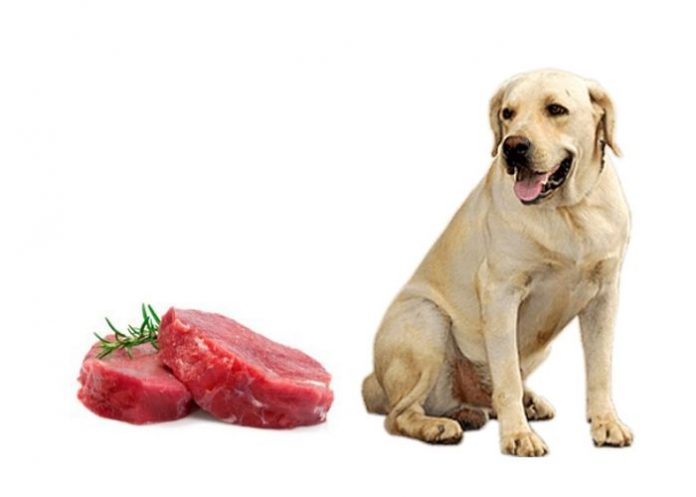 Should dogs eat horse meat? Proponents of this food in the pet bowl claim that it is high-quality nutritional value meat. Still, a good portion of animal lovers is opposed to feeding their dogs with cattle.

Horse meat is desirable in dog nutrition, but only in well-defined “doses” and provided that it is completely correct, inspected, and approved for human use.

This is the shortest summary of the answers to the dilemmas of a large number of dog owners wondering whether to serve their pet a horse meat. The issue of using this type of meat is a regular issue in discussions with owners and animal lovers. The arguments are different, the experiences more or less similar, but many interpretations and personal perceptions of the answer to this question are missing.

Right from the start, advocates and critics of this form of animal nutrition should be justified. At the heart of the arguments of both parties is the search for the best, healthiest and even the cheapest way to feed a pet. For most dog breeds, meat is known to be basic food and a basic source of protein. Whether pork, beef, poultry, or meat of another animal will be found on the menu depends on a number of factors – the pet’s age and age, his overall fitness, health, and even taste, preferences, and habits. Each type of meat has its good and bad sides, which are generally known to every owner.

Why, then, would a horse meat be an exception and why would its preparation cause dilemmas? There are two reasons, to put it bluntly. The first lies in a kind of taboo concerning the use of horse meat in the diet, first by humans and then by animals. We only remember the affair that shook the UK when it was discovered that this type of meat was mixed with beef in burgers sold at a reputable chain of fast-food restaurants on the Island. The Anglo-Saxon horse culture is seen as a symbol of nobility and dignity, not as food.

RELATED ARTICLE:  How to Teach Your Dog to Not Bark at The Doorbell?

Regardless of the price, cattle are extremely rare in our dining rooms as well. Its preparation for human consumption has no foundation in tradition and habits and is linked almost only to, fortunately, rare periods of extreme hunger and the struggle for bare life. Butchers selling this type of meat and meat products are visited only by rare enthusiasts, but also by those who are looking for a natural solution to the anemia and weakness of the organism.

This is precisely where the second reason why using horse meat is a common topic among dog owners. Horsetail is considered to be an extremely nutritious food that guarantees high levels of protein, but also iron and vitamin B. This combination guarantees the growth of muscle mass and increased energy levels of the animal compared to other types of meat from the dog menu. But it is also a stumbling block for advocates and critics of its use.
A large number of dog owners have quite a good experience with this food. Those who decide to replace some other meat with equine share the impression that a dog fed a well-proportioned meal becomes stronger, more heartbroken, and livelier. This is due to the higher nutritional value that this type of meat has over all others.

It should not be forgotten that every type of meat has its good and bad sides. Pork, which is most common in dog bowls but also in human plates, has a much higher percentage of fat and is much more difficult to digest. Unless a proper protein and fat ratio is made in meals, a pet can easily deal with a number of health issues such as obesity, pancreatitis, or other similar diseases. Beef and veal are not saturated with fat but are poor in some very important amino acids and minerals.

Advantages of the horse meat

It stands out because horse meat is full of useful proteins and, at the same time, fat-free, especially harmful, and cholesterol. It is estimated that there is between three and five times less fat in pork than in pork, which puts it in the narrowest circle of lean meats.

The problem with horse meat most often mentioned in the exchange of arguments for and against is its quality, which is viewed with great suspicion. It is often heard that horses in Serbia are not bred for nutrition, which means that meat only appears as a by-product. This fact, combined with the half-whisper that says that mostly the meat of old and euthanized horses, often previously treated with different medicines, comes to the butchers’ showcases, makes the question of the quality and origin of the food we buy available in the case of pet food. Based on the experience of foodstuffs for human use, which is often considered poisonous in the media, it is almost impossible to dismiss these arguments as unfounded.

Of particular concern are the rumors that the available horsetail is often contaminated with heavy metals, which is related to the horses’ diet and metabolism. Breakthroughs are more likely in the case of older animals, whose bodies accumulate toxins of different origins throughout their lives, which are harmful to other living things. The possibility of illness is increased by the use of such foods, and the risk of illness makes the largest number of horse meat dog owners simply turn their heads. It should also be borne in mind that the horse has a specific, slightly acidic taste and that some dogs do not want to eat it.

The veterinary profession is not declaring itself on this issue. The value of this, as well as other types of meat, of course, no one disputes, but the standard is considered to be completely correct for human and animal nutrition.

– Horse meat has between three and five times less fat than pork
– It is rich in protein but also in iron and vitamin B, and has a great nutritional value
– The countries where the most eaten are cattle: Italy, Belgium, France, Canada, Mexico, Germany, Japan, and Sweden. The US, UK, Australia, Romania, and Brazil are countries where this place is – taboo.