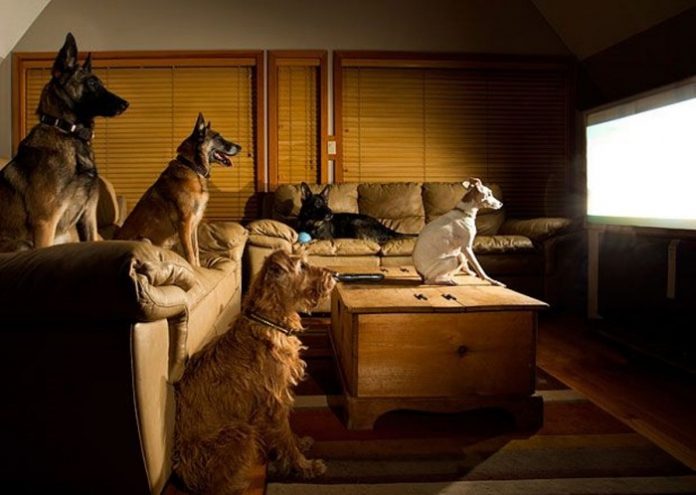 Of course, you will not soon find your dog enjoying new episodes of Game of Thrones, but some dogs like to watch TV. This not only intrigues their owners but also scientists, especially in recent years when the number of canine fans of television programs has increased.

First of all, the most enjoyed by those dogs are dogs whose owners go to work slightly harder than other dogs. Therefore, it is a great tip that if you were watching the news before going to work, some of the gastronomic, animal, or news channels – leave that channel on, to make your departure easier for the dog and make it more natural for him to stay home.

If your dog has a problem when leaving home, make sure to leave the apartment (as much as possible) in the same condition as when you are at home. If you turn off the TV, lock all the windows and darken the premises, it will be difficult for the dog to fall, as he will have to undergo various changes – visual and sound. That’s why leaving the TV on, shutters raised and (safely) opened or windows open when the weather is comfortable is the best way for a dog to be alone is not a problem.

If you do not know which channel to use for your dog, there are several options. If he is intrigued by animal reports and gets overwhelmed by watching them – that’s a good guess. Many dogs like to watch other dogs and animals in general, however, there are some who are excited and barking at the TV if they see animals, so avoid these channels.

There is also a scientific reason why dogs have been more interested in the screen in recent years than before. It is the anatomy of their eye that, just like cats, registers images much faster than human ones. This means that the pet needs a picture with multiple frames (frames) per second.

With the advancement of technology – all-new generation TVs are just giving an image with a much larger (and faster) frame rate per second, so moving pictures on the screen are more intriguing to our pets. when reception is poor and the picture is intermittent and slow. The more authentic the image and movement on the screen, the more clear the dogs will be. Logical, right?