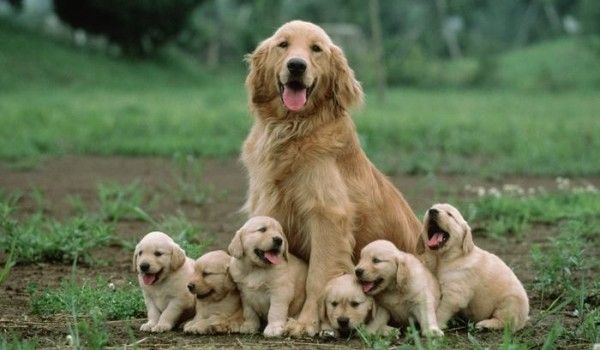 Experts give us answers to these questions. Just like with women, the mother of the house experiences similar changes after giving birth to young people, only in a much shorter period of time.

First of all, the most noticeable is the change in diet. Namely, during the gestation period, females need more food than usual for the puppies to grow and develop properly. Logically, in that period, a few extra pounds is a completely normal occurrence. Even after calving, the female dogs need to be given more food, because caring for puppies requires a lot of energy. Also, females who are mothers for the first time will probably be a little stressed, so they need energy from food. Of course, and how to have enough milk for puppies. As the puppies grow, so does the need for food, and your female will quickly lose those few extra pounds.

After giving birth, your pet will be very exhausted. It is normal and usual for females to breathe rapidly for up to 24 hours after giving birth, because during that period their body relaxes and returns to normal. If you notice that your female dog is breathing faster and harder after this period of time, be sure to contact a veterinarian.

For the first few weeks of life, puppies rely completely on breast milk, so the female’s breasts will be significantly enlarged so that the puppies can get food as easily as possible. As the puppies grow and gradually become weaned, the female dog will produce less and less milk, and her breasts will gradually “pull back” and regain their former appearance and size.

A mother is a mother, be she a man or a dog. This is how female go through various psychological changes because the arrival of puppies is also the most important task for females. For the first few days after giving birth, it is necessary to help the female in her usual activities, because she will be much slower and will focus all her attention and energy on the puppies. It often happens that they defecate in the apartment for the first few days, because they are preoccupied with breastfeeding and caring for puppies.

Even if you have a friendly dog, fully socialized and cheerful, many females after birth can become protective and “defend” their puppies. She will often hide them in order to “protect them from the enemy”. So give her as much space and privacy as possible, and understand her during the first few weeks. Usually, after a month, everything returns to normal.

You will also notice that when their puppies are a month old, they will start learning independence – they will spend less time with them and will not allow them to suckle whenever they want. Help her and monitor her behaviour. When you want solitude, you jump in like a babysitter.

As soon as the female dogs notices that her puppies are more independent, she will start, as before, spending more time with you playing and cuddling, and will be your “old” pet again.