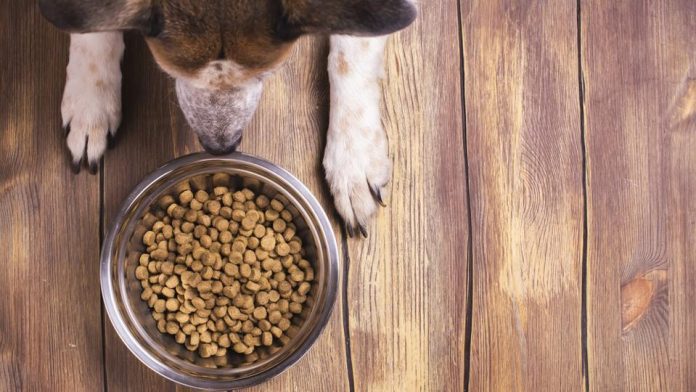 The nutritional characteristics and values ​​of Insect Based Food are a high percentage of protein, B vitamins, and other vitamins and trace minerals. Insects are also a good source of fat.

Insects as a source of protein, ie as part of a meal, are considered and used in the diet of various species of animals – today most often in the diet of fish, but also poultry and pigs. In the human diet, insects are a common part of the meal in certain parts of the world – even a delicacy.

As strange as it may seem, insects as part of the diet of dogs and cats are not exactly such an “eccentric innovation“. A dog will gladly eat a bug or a worm out of curiosity, succumbing to its hunting instinct.

Regardless of the natural behavior of dogs, some “owners” have subjective resistance to the appearance and composition of food containing insects. Resistance can be avoided by just looking at commercial insect food: granules that contain insects look like all other granules – they are darker or lighter brown in color, round, elliptical, or square.

There are also fresh food producers in Europe who use insects as raw material. Commercial foods are produced with an insect content of up to 40%. For now, the price of insect-based dog food is much higher than the price of quality food, super-premium, and ultra-premium brands.

The nutritional value of insects as a source of protein in dog food has been measured in various studies.

The composition and amount of insect nutrients as raw materials for dog food differ depending on the type of insect and their developmental stage (larva or adult insect, sex…). Their common nutritional characteristics and values ​​are a high percentage of protein, B vitamins, and other trace elements (vitamins and minerals).

Depending on the type of insect, the presence of nutrients varies: the larva of the black military fly has a high percentage of calcium, while the cricket is important because of the taurine it contains in a higher percentage than its daily needs. Also, insects are not only a good source of protein, but also fat, whose amount and composition of fatty acids are very important.

The use of insects in pet food is still a matter of debate. Regardless of the evident data on the usefulness of insects as a food factor, there are few studies that bring information and conclusions about the digestibility, absorption, and utilization of nutrients, and what is the effect of this diet in the long term on the condition of the dog.

Why are insects a good choice?

Insect-based pet food can be broadly considered a good choice because of:
– The positive aspect in terms of environmental sustainability. Conventional food production requires huge amounts of energy, water, and land. In addition, there are serious concerns about the welfare of livestock and their impact as pollutants. Insect farming can be done ethically, more efficiently, and with fewer resources than needed to produce food in a conventional way. When breeding insects for food, little methane and ammonia are produced, and hormones and antibiotics are not used.

– Hypoallergenic roles. Nutritional allergies and intolerance to some of the ingredients in meals are an increasingly common problem among dogs today. Since in most cases meat ingredients are allergens, then as an alternative solution, meats that are not common in the diet of dogs (deer, duck…), hydrolyzed protein, or, more recently, insect protein-based foods are used. A new source of protein may be the solution for sensitive dogs.

Today’s, very common problem of food sensitivity or food intolerance, with a number of gastrointestinal symptoms, and sometimes dermatological, requires a change in diet, primarily a change in protein sources. The change should be a new source of protein that will not irritate the gastrointestinal tract – a source of protein for a sensitive dog’s stomach. The essence of using insects as a protein base of hypoallergenic food is that insects (insect larvae) as a source of protein are new, unknown to the dog’s body, and the possibility that they as such cause an allergy or food intolerance reaction is minimal.

By carefully combining it with other ingredients, excluding other plant proteins (gluten) that can also lead to a food intolerance reaction, this food can be used as an elimination diet when diagnosing a pathological reaction to food. Hypoallergenic food based on insects can be found in the form of granules, but also as fresh (frozen) hypoallergenic food.