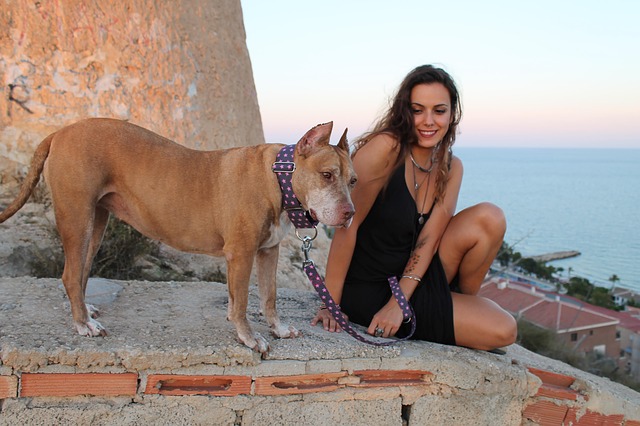 Can Dogs “Smell” Human Pregnancy? Due to hormonal changes, a woman’s smell changes during pregnancy, and as she has heard the smell of dogs far more developed than ours, dogs notice these changes.

In some cases, they become smoother, they protest when they are forced to separate from the pregnant woman, they follow in her footsteps. Others become more aggressive, mostly towards strangers who try to get closer to the woman.

If you once shared a home with a pregnant woman and a dog at the same time, you could probably be sure that pregnancy brings changes in the lives of all family members, even those with four legs. To skeptics who have never had a dog, it may seem like another exaggeration of us from the “opposite camp”, but experts who deal with the behavior of dogs believe that it is not at all strange that pets adapt their behavior to the new situation.

How do dogs know what it’s about? It is debatable whether they are really aware of the reasons behind the observed changes, but the sensitive senses enable them to notice such news as well. All these changes, perhaps subtle and slow for us, are a violation of the routine for the dog, and even dogs sometimes change their behavior. Some may remain indifferent, while others react violently, and still others, again, decide that they are the only qualified protectors of the future mother. What does the dog notice? It seems – everything.

Due to hormonal changes, a woman’s smell changes during pregnancy, and as she has heard the smell of dogs far more developed than ours, dogs notice these changes. In some cases, they become smoother, protest when they are forced to separate from the pregnant woman, follow in her footsteps, or sleep next to her even though they have not done so before. Others become more aggressive, mostly towards strangers who try to get closer to the woman, and sometimes towards the pregnant woman herself.

Behaviorists believe that the reason for more aggressive behavior towards a pregnant person may lie in the “confusion” of the dog whose man no longer smells the way the dog used to. However, judging by the comments on the forums, dogs are much more likely to protect a pregnant woman, trying in every way to get close to her, sniffing and licking her belly.

Hormones not only change a woman’s smell, but also lead to changes in her emotions and reactions, and the dog, as a good reader of our body language and visual stimuli, reacts in accordance with the information we send him. He also notices changes in a woman’s appearance, the way she moves, and how much she moves. He is probably most “affected” by the changes in her behavior towards himself.

It happens that even before the baby is born, the future mother pays less attention to her dog or adjusts the game to her condition, which the dog can interpret as rejection and behaves aggressively due to separation anxiety – barking at the pregnant woman, biting furniture and scattering things, urinates around the house and does everything else that belongs to the repertoire of behaviors that you probably had the opportunity to attend if you left the dog for longer than he thought was permissible.

To make things even more complicated for our pets, the whole family dynamics and behavior of other family members are changing, as well as space to which the dog is accustomed. New things are brought, existing ones are relocated, and it is especially stressful if the pregnancy is accompanied by moving.

If the dog becomes particularly aggressive towards people or the physical environment, it is advisable to try to set tighter boundaries and insist on following the rules (which is sometimes harder for sick owners than for the dog) or to call a trainer if all else fails.

And when does the baby come? Do not leave her unattended with the dog. Praise the dog and reward him every time he is gentle with a new family member, but until he gets used to the baby, be more careful when he approaches her. If your dog was good-natured and disciplined enough even before the baby arrived, with a little work and attention it should stay that way even when the family expands.