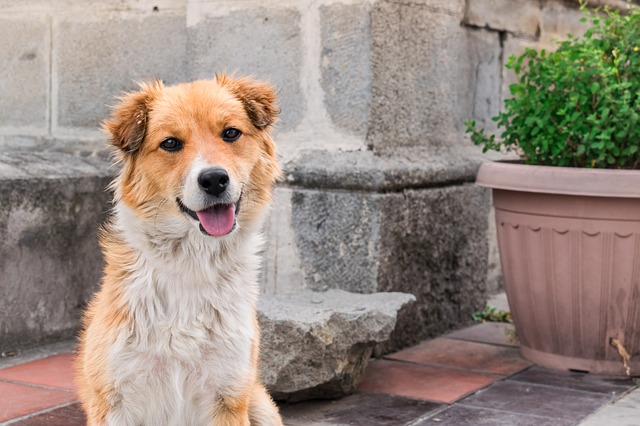 This hormone stimulates people to social interaction, but also makes it easier to enter it, freeing them from feelings of timidity and shyness. Oxytocin has an anti-stress effect, relieves fear, raises the pain threshold, and increases confidence. This hormone has the same role in dogs.

When we say that the chemicals in our brain and the rest of the body greatly affect our behavior and relationships with others, it sounds a bit like science fiction. However, it is not a matter of fiction but of science. The connection of hormones and social connections with others is not only a characteristic of the human race, but also of the canine race, scientists claim.

Oxytocin, or as we often call it in layman’s terms, the hormone of love or the hormone of happiness, has two most famous roles in human life – in romantic love between two people and in a mother’s relationship with a newborn. Studies have shown that the level of oxytocin in the blood is significantly higher in people who are in a relationship than people without a partner.

In another type of love, that of mother and child, it has been determined that mothers who look each other in the eyes with their babies have elevated levels of oxytocin in their blood. Causally and consequently, babies also have elevated levels of oxytocin, and this chemical is responsible for the strong bond between mother and baby. Also, elevated new oxytocin is noted in mothers and babies who are touched frequently.

When do we know that the question arises – where are the dogs? First, it has been established that a person who pets a dog, and a dog who is petted, also has a “jump” in oxytocin levels in the blood. Considering that when interacting with dogs, just like with babies, the hormone of love is secreted more in humans, it can be concluded that our relationship with dogs is similar to the one we have with children.

In one scientific study, researchers confirmed that feedback on oxytocin secretion can be found in the owner-dog relationship. In the first part of the experiment, the owners spent 30 minutes with their pets, while the scientists measured how often the animals and “their” people exchanged views.

Before and after the interaction, they took a urine sample to determine the level of oxytocin. It has been shown that the longer dogs look at the owner, the higher the level of concentration of this hormone in the owner, but at the same time, it increases in dogs. Also, any interaction such as cuddling, playing, or addressing is associated with the secretion of neurochemicals that contribute to positive feelings and the creation of close relationships.

Swedish scientists have experimentally determined that the level of oxytocin and cortisol in both humans and dogs depends on the way in which the interaction is achieved and on the form of behavior caused by the interaction. For example, dog owners who had low levels of oxytocin before and at the beginning of the interaction were more likely to touch, pet and pat their dog.

As the owner’s oxytocin levels increased during the interaction, they were less likely to touch their dog. Also, the owner’s cortisol level dropped during the interaction. During this interaction, both human and dog levels of oxytocin increase, but cortisol levels in dogs increase if they are touched more frequently. In this case, the type of touch (patting, scratching, or caressing) does not affect the level of oxytocin and cortisol.

Owners like the touch of the owner, so the level of oxytocin increases in them as well, but the level of cortisol – a stress hormone, also increases. However, this increase in stress hormones in dogs has nothing to do with discomfort and negative stressors.

An increase in stress hormone levels does not mean that dogs do not like the touch of the owner, but on the contrary, it means something else – it means that dogs are very positively excited and expect the owner to play with them, and for as long as possible.

The higher the level of oxytocin activity in the owner, the more relaxed the owners are and their condition has a relaxing effect on the dog, and his oxytocin level rises and his cortisol level falls, which further relaxes the owner.

Such behavior of dogs indicates that they are very pleased with the caress by the owner or another person and that they are still not relaxed enough, and that by continuing to cuddle, they need to raise the level of oxytocin in order to relax.

RELATED ARTICLE:  Can Dogs Be Scared of the Dark?

Interaction with the owner

Oxytocin in dogs raises direct visual contact with the owner the most, in fact, eye contact. Not only does the dog like to watch the owner, but he also likes to see the owner laughing. That seems to make him the happiest. The more smiling the owner is, the more his grimace is stretched into a smile, the happier, more relaxed the dog is and he forgets even about the existing danger.

Oxytocin not only makes dogs happier and more relaxed, and not only do dogs have more confidence in the owner, but it also increases tolerance to pain. Therefore – when the dog is in pain, or when he is in a bad mood, caress him, address him, look him in the eyes, and smile at him.