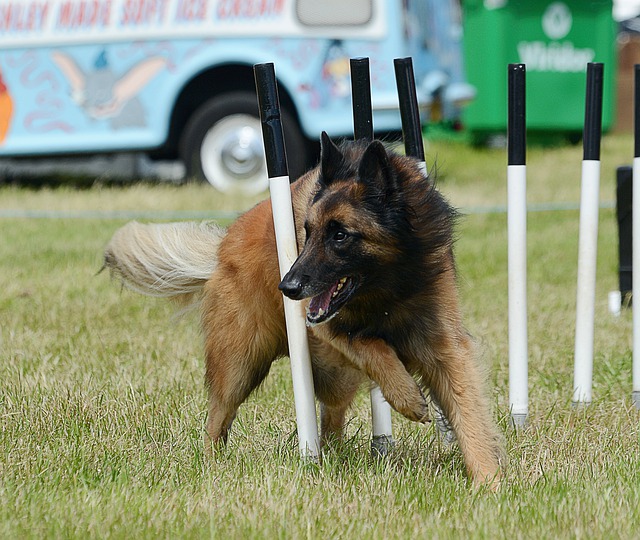 Who are the most common dog training mistakes?After a thousand years of practice, you might think that dog training would be a convenient, almost intuitive process for us humans? But too often we make honest mistakes in training that result in unwanted behavior and a tense attitude towards your dog. Due to the resilient nature of the dog, minor trainining mistakes rarely lead to disaster.

Most of us learn the basic commands and rules of conduct of our new dogs. But when the relationship stabilizes, it often stays that way. Therefore, the behavior may worsen over time; dogs often react less well. This degradation is simply a lack of practice; if you play basketball only once a year, you’re going to play it badly, aren’t you?

Instead of being guided by the “I learned it and that’s it” system, try to train and maintain your dog’s “working condition” with your dog several times a day. “Sit” before giving dinner, “wait” at the door at the exit, and the like should be a spontaneous and unpredictable action. Each month, teach new behaviors to keep your dog motivated to think and to renew that sense of usefulness and reward.

2. You repeat too many commands

We often see this, especially among beginner owners with more demanding dogs. The owner teaches the command “sit”, but due to the dog’s distraction, poor technique, or confusion with the dog, the pet does not react. The owner then repeatedly forces the command until, after the sixth or seventh attempt, the dog sits reluctantly and depressed. This procrastination becomes a learned behavior that is difficult to change.

This often happens to owners who apply a sharp approach in training as well as to dogs who reluctantly do some actions. Strong and dominant dogs, for example, do not like to lie down on orders, because that symbolizes the recognition of domination. Cowardly dogs also resist lying down, because they feel insecure in that position.

When you teach “sit”, you do it as if it were a fun trick. Initially, use your favorite treats, compliments, then work in different locations, gradually reducing your motivation with food while increasing compliments. Sit, come and lie down should be your dog’s favorite commands that he performs with great pleasure.

Once you are sure that the dog knows the command, you only issue an order once! If he ignores you, it is either because you did not teach the dog properly, or the dog is disturbed or simply rebellious (yes, that is also possible). Take the dog to a quiet place and try again, if he still does not react, go back to the basics and learn again, avoiding the mistake of repeating commands too much, or forcing the dog to work reluctantly.

3. Your workouts last too long or too short

Teaching a dog new behaviors is a process of evolution, not revolution. The key is in realizing that it is normal that numerous sessions are needed to perfect some new command.

Time spent in training should be spent in a positive and pleasant atmosphere, and as soon as you achieve some obvious level of success, reward and then stop training. Don’t insist too much on perfection and repetition, because in the end, you will bore the dog and actually condition him to become uninterested in new commands. Also, make sure that you end the session with some success, even if only in part. Remember, ten one-minute workouts are better than one of half an hour.

4. Your dog’s behavior and obedience varies in different environments

If you teach your dog the command to “sit” only in the silence of your living room, that is the only place where he will sit reliably. This is a mistake that many owners make, which leads to failure in other environments.

To achieve the result, first, learn it at home without interruption. Then gradually increase the distractions, turn on the TV, or invite someone else to join you. When it is perfected, go to the yard. After that, work with the dog in the presence of other people or the dog. You gradually move into urban environments as long as the dog consistently responds to commands, even at intersections in the city center. This is especially important when doing a recall order, a command that could one day save your dog’s life.

5. You rely too much on food rewards, not on praise and respect

A bite as a reward is a great way to initiate behavior or to reinforce that behavior occasionally later when the dog already knows the commands. But frequent use of sweets can work against you. Such a fixation on food can develop in the dog’s mind that only the desired behavior is compromised and the focus on the owner becomes weak.

You will rarely see a hunting dog or police dog being offered food while doing work. Why? Because that would break the focus and interfere with the actual effect. Instead, use other motivations, including praise or a short game with your favorite toy. The best reward for these dogs comes from the joy of participating in a hunt or a police mission. Sure, start training for new commands with treats, but when the dog learns the behavior, replace the food with praise, play, or a toy.

Remember that unpredictable rewarding treatment to sharpen behavior can be more beneficial than frequent, expected rewards that slow performance and reduce focus. Also, understand that you are also a reward, rejoice when the dog does something you ask of him and that can be a greater reward than all of the above.

6. You are too emotional. Excessive emotion can stop a dog’s ability to learn.

If you train by force, anger, or irritation, you will frighten the dog and turn the training into an inquisition. Likewise, if you train with high energy charges, penetrating bursts of enthusiasm, and excessive displays of elation, you will raise your energy levels far above what it takes for a dog to focus and learn.

Try to adopt behaviors that exude a sense of “peaceful indifference” – behaviors that suggest competence and a sense of light authority. A relaxed, kind, mentoring type of energy that calms the dog and fills him with confidence is desirable in the dog training process.

7. You are reactive, not proactive

Dog training is similar to the ancient martial art of Tai Chi, with a balance between the physical and the philosophical. It takes time, technique, and endurance, as well as a commitment to understanding the dog. This skill can’t be learned by watching one half-hour show or reading several books.

It takes time! Many dog ​​owners have not yet mastered the time and do not understand how important this factor is in raising a dog. It’s like when someone plays chess for the first time, he reacts to the opponent’s movements, instead of planning his own. Instead, practice your technique, anticipating the dog’s reactions in advance, becoming proactive in the learning process.

For example, if you are trying to deal with excessive barking, instead of waiting for it to start barking, influence the dog before his brain says “barking” and distract him from another, more acceptable behavior. Know that any barking stimulus must be either eliminated or redefined as a “good thing” in the dog’s head. This requires experience and a proactive role on your part.

8. You are not consistent

Dogs need to feel that their mentors are consistent in their behavior and application of the rules. If you vary too much in your training techniques, especially in the beginning, you will reduce your dog’s ability to learn. For example, if one day you remain patient with a stubborn dog, but the next day you lose patience, he will not be able to predict how you will react at a given moment. It breaks trust, instead, stick to a consistent methodology and be adamant about appropriate behavior.

RELATED ARTICLE:  Training Your Dog for a Dog Show - Tips and Tricks for Beginners

For example, if climbing on the bed is not allowed, but allow it to happen twice out of ten, it is inconsistent. Set rules and stick to them.

Loss of self-confidence is a weakness and as natural predators, dogs can feel it instinctively. That is why frightened people are more often bitten by calmer individuals. Show a lack of self-confidence and the dog will take advantage of it. It’s not your pet’s condemnation, it’s just the nature of the dog. To avoid that, you simply work harder and achieve some success in training, which will definitely raise your self-confidence.

Each dog has its own personality and behavior profile. Although the breed helps to determine this, the character of an individual dog must be understood before successful training. As someone who trains, you need to determine which methods will be effective with your dog.

For example, most retrievers are very sociable and can handle a lot of people or dogs around them, but try this with chow, and you may be surprised. Also, a dog with a pronounced desire for food will react to sweets, while a dog with a low one may require a different motivation. A shy dog ​​will cope poorly with a sharper training technique, while a very energetic dog will not even hear a gentle call coming from a trainer with a mild style.

If you have a shy dog, plan the training with the patience of a monk. Train calmly, with little distraction at the beginning. Train according to the dog’s limitations, but plan to gradually get involved in social situations in order to reduce sensitivity and build trust. If your dog is big and strong, be just as big, just as cordial.

Because of that size and strength, you simply have to gain control over it, especially in social situations. So, consider a training strategy that is based on personality, size, age, energy, race, and history. If you follow these basic guidelines, you will slowly master all the essential techniques.