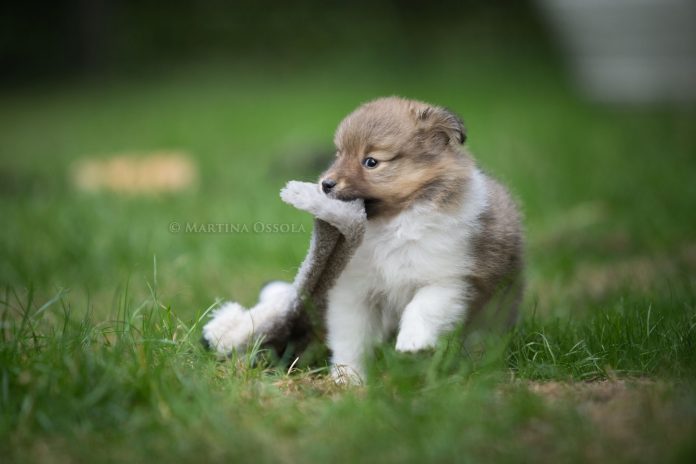 The new owners bring the puppy to the vet for the first time for vaccination at the age of eight weeks, if the breeder has not done so before. At this age the puppy has all deciduous teeth. The upper incisors should extend just slightly over the lower incisors, and the lower canines should sit between the upper canines and the third incisor. This does not apply to some breeds that are characterized by pre-bite (Bulldogs, Shit-cu, Pug …).

Sometimes already in puppies from 8 weeks we see that the growth of the upper and lower jaw is not proper. Thus, it can happen that the lower canines make holes in the palate or that the lower incisors are far in front of the upper ones (normal in brachycephalic breeds). This irregular position of deciduous teeth practically does not allow the shorter jaw to catch up with the longer one.

RELATED ARTICLE:  Belgian Shepherd Dog will take care of you like your parents!

Dogs with this type of tooth are candidates for orthodontic surgery. It is actually about removing all the deciduous teeth that inhibit the growth of the shorter jaw, that is, extracting the teeth from the shorter jaw. This is done to allow the animal to use the genetic potential for jaw growth that it has, to make the bite as correct as possible, and not for aesthetic reasons. In addition, the extraction of irregularly erupted teeth is necessary when the lower canines rest on the palate because wounds and infections occur, not to mention how painful it is for the puppy. Dogs with such defects should not be used in breeding.

Owners are warned that, regardless of tooth extraction as early as 8 weeks of age, the bite is unlikely to be normal even when permanent teeth grow, but it will be better than with mechanical brakes in the mouth that prevent further jaw growth.
Sometimes the lower milk canines touch the palate even though the lower jaw grows normally. This happens when the lower canines are located towards the tongue and are completely upright, while with a normal bite they are tilted outwards.

As the upper jaw is wider than the lower, such upright canines will touch the palate and traumatize it, so they should be removed. Permanent canines protrude lingual from the milk canines (according to the tongue), so they are also likely to be abnormally positioned, but this possibility is less if we immediately remove the milk canines and make more places permanent so that they move towards the lips.