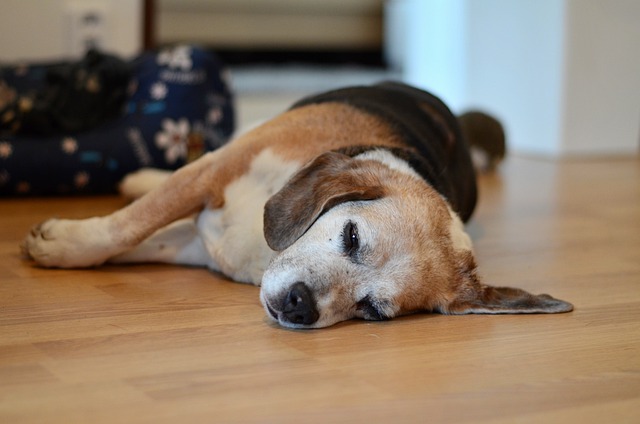 The symptoms of insecticide poisoning are very noticeable. The first disturbances occur a few hours after contact with the insecticide, either through the skin or the digestive tract.

One of the major problems faced by dog ​​owners in the spring and fall is ticks. Although a large number of different tick and flea protection products are available on the market today, many still resort to “handy” remedies. It is not out of place to know that insecticides can be very toxic.

Poisoning of dogs and cats with insect repellents occurs daily. Such poisonings are mostly accidental and occur at home. Owners of poisoned animals first seek help by phone.

If there is an unusual reaction after treating the animal with an anti-parasite, we will advise the owner to bathe the dog or cat immediately, and to come to the clinic immediately. We recommend the owner to protect himself with rubber gloves when bathing a poisoned dog. If owners suspect that a pet has eaten a poisonous substance, we recommend that they bring suspicious material or, if vomiting has occurred, the contents that the dog has vomited.

Insecticides are divided into several groups.

The first group consists of organophosphates and urea, and they can be found in almost every household. They are used to destroy ants, cockroaches, etc., and often the owners themselves sprinkle them on the dog or cat, because flea repellents are usually more expensive than these insecticides. Cats are especially sensitive to such preparations, so it is very risky to experiment with products that are not intended for cats.

The symptoms of poisoning by these insecticides are very noticeable. The first disturbances occur a few hours after contact with the insecticide, either through the skin or the digestive tract (after treatment with spray or powder, cats try to clean by licking).

Salivation, tearing, diarrhea, vomiting, and even uncontrolled urination occur. The muscles twitch uncontrollably, so it looks like the whole animal is shaking slightly. They are usually not stable on the legs, they are crooked, and paralysis of the legs can occur. Fortunately, poisonings with this type of insecticide can be successfully cured, because there is an antidote for these poisons. It is important to get to the vet as soon as possible, and the duration of treatment and the number of doses of the required antidote depend on the amount of licked or sprayed agent.

It is important to remove the remaining amounts of insecticide from the skin and / or stomach, so the sick animal should be bathed and Gastric lavage.

The second group of insecticides includes organochlorines. Today, they are used very little, and they are mostly used as a means against the so-called. of yellow ants in skyscrapers. The symptoms of poisoning are similar to epileptic seizures, and between seizures animals can look completely normal.

We treat it by removing any poison residues that are present and giving agents that will calm the irritated nervous system.

Another group consists of pyrethrins, very often used insecticides, which are relatively safer than others, and in our country the most famous is Pitroid. Cats and young animals are especially sensitive to them. Signs of poisoning are also reminiscent of epilepsy, but there is vomiting and diarrhea and heavy salivation. With timely therapy, poisoned dogs and cats recover within 72 hours.