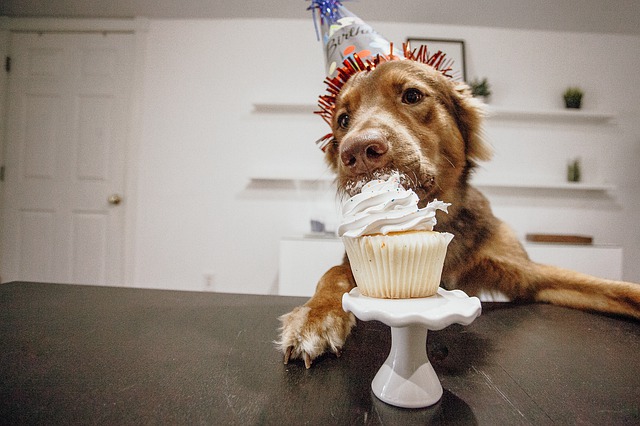 Are You treat Dogs Like Child? If you are one of those owners who think – my dog ​​is my child, we will tell you right away that you are not the only one. The role of the dog in the family has developed a lot in the past 100 years, and most today consider themselves the “parent of the dog”, not the owner.

We can’t deny the fact that some owners treat their pets like children and call them their “furry babies“. In recent years, the relationship between humans and their pets has changed rapidly. People increasingly see their pets as the main members of the family, and this shift makes sense when you consider the countless ways in which the family has changed since the 1950s.

It should be especially noted that the rate of marriages has decreased, a larger number of people that are not married, and an increase in non-traditional family structures has also been noticed. These different factors, as our interlocutors explain to us, not only paved the way for new definitions of family and parenthood but also enabled people to have deeper relationships with animals.

According to the latest research, almost three-quarters of owners talk to their dogs, and many celebrate their pet’s birthday, buy him cakes, make parties and give gifts for Valentine’s Day. The dog moves from the role of hunter and guard to a full member of the family.

Pets make people feel less lonely. This is especially important nowadays, when contact between people is limited, due to the coronary virus pandemic and due to lifestyle. Also, dogs can compensate for the need for a person to take care of someone, so it is often considered that pets are a kind of children for their owners.

Bearing in mind that a dog is at the level of a two-year-old child in terms of intelligence, this parallel is not uncommon, because dogs can be a good compensation for couples and people who want children, but do not have them. Dogs need attention, to take care of, feed, take a walk and take care of their health, so it is not difficult to assume how this type of connection is strengthened and why dogs are so reminiscent of children.

For some owners, dogs can also be objects of love – a dog’s love for its owner is often described as complete and unconditional, and some people may develop an addiction to it.

Humans are constantly evolving in a psychological sense, but a dog’s character is often steady and stable, and when added to this is intense eye-to-eye contact with the dog and its owner, it often happens that humans can develop a greater degree of intimacy with a pet than with a human. With that in mind, some owners subordinate many things to their pet or please him so as not to lose this kind of love and intimacy. Since dogs can be objects of immeasurable love and compensate for a person’s need for closeness and security, they can also symbolize the owner’s parents.

Much of human problems are based on psychological traumas from the past in which our parents play a major role. Psychologists who deal with affective attachment in the relationship between mother and child say that around the age of two, the child separates from the mother or his “significant other” and that it is not good. It is even more difficult if the attachment to the parent was compromised at some level, and the parent was not able to respond to all the needs of the child.

On a psychological level, dogs can represent symbolic parents and thus somehow correct these mistakes from the past by forming a bond that is unbreakable. This relationship can be full of love, but it can also contain a certain dose of unconscious evil, which is primarily aimed at the injuries inflicted by the parents, which are manifested towards the pet. In that sense, we have owners who neglect their pets and treat them badly. If the owner has a feeling of inferiority, weakness, or helplessness, the dog can be an object through which he will be able to prove the opposite. People who are bad to their dogs, put them in the position of a victim to prove to themselves their strength and self-confidence.