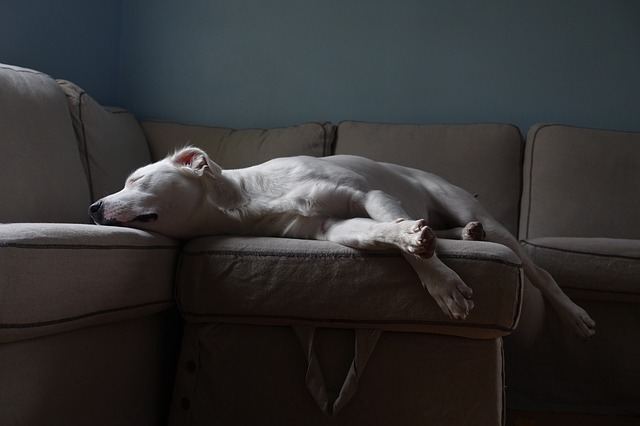 Are you dog suffers from some Sleep Disorders? We have learned their constant activity, wagging their tails, eternal desire to play, or go out. And so for years. Considering that this is normal and that the dog sleeps when we do, we will very rarely notice that there is something in their sleep or rest that can warn us that our pet is not well.

The dog is very agile and in every day and the familiar environment, we can notice that he is always active in some way and that he follows the events around him with careful attention. When the day is normal, the dog spends most of the time in the activity. It is considered normal for a dog to spend about twelve hours of activity, so it is active for as long as it spends in sleep. 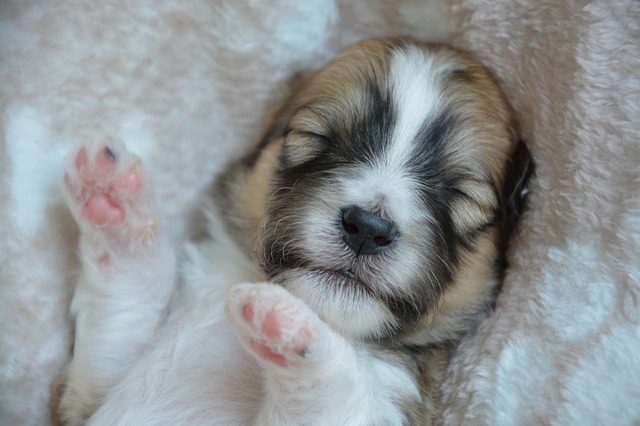 In puppies, the period of sleep is – of course – much longer, so that by the age of one month they spend most of the day asleep, even over twenty hours, and that period slowly decreases as they grow up. It is believed that a dog enters the normal phases of sleep in the period from six to eight months of age when its growth also slowly slows down.

Over time, pet owners become accustomed to the routine, so they can more easily monitor daily oscillations in behavior. Also, dogs are slowly adopting the habits of their owners and therefore we can often hear comments that the dog goes to the bedroom by itself at a time when its owners also go to sleep. When these habits are harmonized, the owner can notice if his dog starts sleeping more, and that is a symptom that should not be ignored. Prolonged sleep time very often indicates the appearance of some diseases early.

The first thing we can notice as a sleep disorder is the so-called restless sleep. There are different types of sleep in dogs, and when they fall asleep, as in humans, their body can still be active and the muscles can move involuntarily. Even in sleep, especially if the dog is dreaming, he can make movements that mimic running, so he can also bark and make some other sounds. However, if restless sleep lasts all the time during sleep, it is a sure sign that something is wrong and that there is a disorder in the REM phase of sleep when the muscles should be inactive. Such conditions can also indicate different types of metabolic disorders.

Apnea as a cause

One of the most common sleep disorders is slip apnea – when breathing is interrupted or stopped during sleep, which can eventually lead to serious heart disease and even brain damage due to lack of oxygen. This syndrome most often occurs in brachiocephalic breeds of dogs (French Bulldog, English Bulldog, Pug, etc.), but also in other breeds of dogs that can get this type of disorder due to chronic diseases.

We must also be aware that dogs can also have a disorder in the phase when they fall asleep, and that is why it is necessary to provide an older dog with more peace and quiet in order to sleep properly and to be able to rest nicely. We must be aware that sleep is the only way for the organism to rest and that it is necessary for complete physiology, immunity, and metabolism to function smoothly.

It is interesting that dogs can also suffer from narcolepsy, ie. they may suddenly fall asleep, during a meal, or in the middle of full activity or game. This common sleep disorder in dogs, also known in humans, indicates the inability of the brain to control periods of sleep and periods of consciousness, which leads to the conclusion that a dog has some disease or other types of brain damage. This disorder often occurs in Alzheimer’s disease, from which our pets can also get sick. Narcolepsy is also common in some types of brain tumors.

The list of diseases that can cause sleep disorders is long. Thus, this type of disorder can be caused by irregularities in the work of the thyroid gland, diseases of the adrenal glands and kidneys, diabetes, but also various types of musculoskeletal diseases that cause chronic pain.

Of course, over time, people as owners and family members of their dogs get used to their behavior, so they can very easily recognize sleep disorders in their pet. Disorders of this type are always a sure signal that you need to visit a veterinarian to determine the true nature of the disorder and adequate treatment.