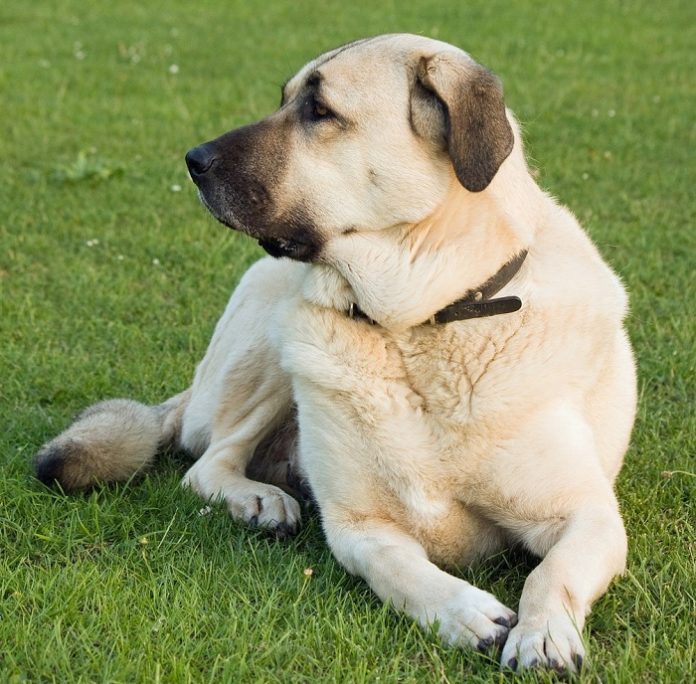 The Anatolian Shepherd is named after its area of origin – Anatolia, which is located in the central part of Turkey, where this dog is a national pride (this breed is on the postage stamp of Turkey). This dog breed is birg, strong, and with good eyesight and hearing. They are also fearless without aggression, independent, very smart, proud, and worthy of all trust. This dog breed is very loyal.

This dog breed is one of the largest dogs in the world. His fur is short or semi-long, thick with a thick undercoat. This dog breed is longer and thicker on the neck and shoulders. During the winter, it has a tendency to increase in length. The color of the hair can be colorful, tiger, white, but the most common is yellow-brown with a black “mask” around the eyes.

Anatolian Shepher dog is protector of the herd or well known as guard dog. The puppy of this dog breed accepts everyone it lives with, whether it is a family or a flock of sheep. However, as he grows, he takes on the role of a guardian dog. The Anatolian Shepherd Dog does not care whether his flock is human or animal – he becomes extremely protected. Adult dogs are distrustful of strangers.

The Anatolian Shepherd Dog is independent, balanced, without aggression, and calm. He needs early socialization to get along with other animals, and he needs an authoritative owner, gentle but also consistent in his role as a pack leader.

He is gentle and protective of children. But, due to its size, this breed is most suitable for families with older children. If you have this breed and small children, train the dog from an early age, and teach children how to behave towards him.

He keeps his fur clean, so it does not take much to maintain the fur, only during molting. Bathing is allowed 3-4 times a year. Brush your dog’s teeth at least 2-3 times a week, and shorten your nails 1-2 times a month. Ears are washed once a week.
The Anatolian Shepherd Dog is healthy breed, but can also be affected by some diseases, such as hip and elbow dysplasia, stomach torsion.
Life expectancy is about 11 years. In 2004, a study on the health of this breed was conducted by the Kennel Club of Great Britain. Life expectancy of this dog breed is of 23 deceased dogs (small sample) was 10 years and 9 months. This is 3-4 years longer than other breeds of their size, which had an average length life of 6-8 years.

As of January 1, 2012, the Australian National Kennel Club does not recognize the Kangal as a breed separate from the Anatolian Shepherd Dog.

The United Kennel Club and the New Zealand Kennel Club recognize the Kangal as a breed separate from the Anatolian Shepherd Dog, unlike the American Kennel Club, which considers it a single breed.

RELATED ARTICLE:  How Recognize The Symptoms of Elbow and Hip Dysplasia in Dogs

How much food eats adult dog depends on his age, metabolism, size and activity levels. Like humans, dogs are individuals for themselves. It is reasonable that a dog that is more active will receive a different type of food than a dog that stays up all day.

Basically, when buying granules, if you do not take a sack on which, according to the weight, the recommended daily dose is written, ask the seller in the Pet Shop, to tell you how much you should give him, depending on his weight and age.

Keep and maintain her good weight by measuring food and never leave him a full bowl throughout the day. If you are able to see the dog’s ribs, he is malnourished, and if the ribs are not visible, but you can feel them by touch without pressure, the dog has a normal weight. If there are layers of fat around the ribs, your dog must go on a diet. For more information on nutrition, it is best to consult a veterinarian.

The Anatolian Shepherd Dog is extremely peaceful and calm with the family where his is adopted, including children with whom he is gentle and protective. This dog is most suitable for families with older children. It is very unlikely that he will allow the child to be the leader, so any interaction he has with the children should be under the supervision of adults.

He can be exceptional in his desire to protect a child, but there can be problems if he perceives rough children’s play as a threat. The best solution, if you have this breed and small children, is to train the dog from an early age, and teach children how to behave towards it. So, teach your child to never approach a dog while eating or sleeping, nor to try to take away his food bowl. No matter how friendly the dog is, you should never be alone with small children, precisely because of the many unforeseen situations.

The best chances for an Anatolian to accept other animals are if you get used to them from an early age. If he grows up with your pets, he will absolutely accept them as part of his herd.

Anatolian shepherds are often, for no apparent reason, rejected by their owners. There are many who are left behind and left to an uncertain future. You will do the best deed and the greatest act of humanity if you adopt an abandoned dog. If you really want this breed, “peek” into the surrounding shelters and we are sure you will find a friend for life.

History of this dog breed

The wandering tribes from Central Asia most likely led to the appearance of the first mastiff dog types, brought to the area where Turkey is now located, and hunting dog breeds from the southern regions brought with their agility, long-leggedness, and reserve to Anatolian Shepherds.

Due to the climate and soil of this area, the local population developed a nomadic way of life, which depended on flocks of sheep and goats. Protecting the shepherds themselves, from wolves and cheetahs, was the primary duty of this dog breed that traveled with them.
Anatolian Shepherd Dogs experienced their greatest popularity in the United States in the 1970s, when they were imported to this country. That happens iwhen the famous “Anatolian Shepherd Club” was founded by Robert Ballard, an American naval officer who became fascinated with this dog breed after his visit to Turkey, so he started breeding them in California. This dog breed was imported from central Turkey to the Great Britain by the archaelogist and writer Cermian Hasi.