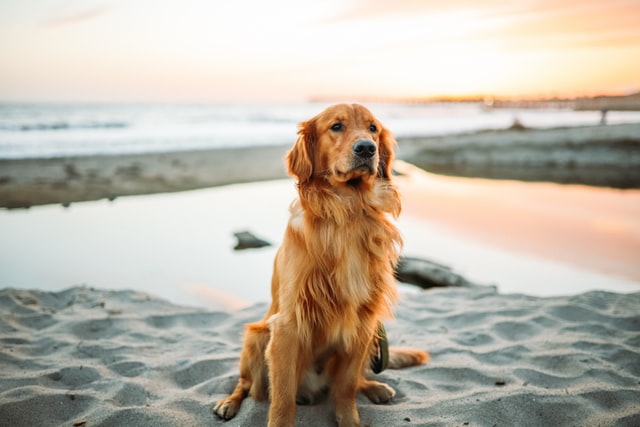 It is not a revelation that Golden Retrievers are among the favourite breeds. People simply cannot resist their eternally irritated character, as well as their gentle and kind nature, which is their other name. If we add gorgeous fur and eyes full of love, the Golden Retriever is the perfect choice for a pet, if you want to make life better for yourself or your family. You will not only get “golden” days, but also a friend for his whole life, and therefore yours.

Among dogs, they are on the 4th place in terms of intelligence. Also, they are able to learn up to 50 commands, and they are very easy to train.

Below is another fact and characteristic, just to make sure how much Golden Retrievers are actually – “golden”.

1. The state that they came from is the same as a state of the monster from Loh Ness

The monsters for slippers, clothes and more or less everything in their path, are originally from Scotland. They originated on the estate of Lord Tweedmouth, in the 19th century. His primary intention was to create a race with an extraordinary flair, which would be his collaborator in hunting water game. By crossing a straight-haired retriever and a tweed water spaniel (a breed that no longer exists), the Golden Retriever we know today was created; intelligent, hearty, loyal, and at the same time an excellent swimmer.

2. They are the most popular film actors in dog Hollywood

Apart from arousing admiration with their gorgeous mane and loving eyes, Golden Retrievers are known in the film world as dogs that are very easy to train and train. From the older films “Buddy-dog basketball player”, to the slightly newer ones like “The Art of Driving in the Rain”, acting abilities are definitely a clear characteristic of golden retrievers.

RELATED ARTICLE:  How To Clean Your Dog's Ears

3. They adore people and children

They are extremely mild-mannered and friendly dogs. Depending on their upbringing, they will see each person as a potential “victim” for cuddling and playing. Children are even more sympathetic. In support of this is the fact that they themselves are eternal “children” and mature very late.

4. They are known as therapeutic dogs

Golden Retrievers, when trained as therapeutic dogs, contribute to the better mental and mental state of people with their presence. Their “jobs” are hospitals, rehabilitation centers, schools and nursing homes. Also, “employees” are at the airport and help people who are afraid of flying.

5. After land, water is their second natural habitat

They love water and when they are near it, most golden retrievers will be forced by natural instincts to jump into it. This is a completely normal phenomenon for them, because they were primarily created as water hunters, as we have already established at the beginning of the text. They have a connected, so-called floating skin between the fingers, which allows them to move faster and easier in the water.

6. They tend to carry everything in their mouths

They just like to have a “mouth full of work”. Apart from experimenting and getting to know their surroundings in that way, their natural instinct is to wear them. The verb “retrieve” from which the name of Golden Retrievers is derived, in English means to bring back. Today’s golden retriever, raised at home, will not bring you wild ducks, but it will do its best to introduce you to each of its toys. An interesting fact is that their lips are thicker and fleshier than other dogs, so they have a so-called “soft mouth”. This characteristic helped them when bringing the prey, because due to its structure of the mouth, the prey catches with the mouth, and not with the teeth, and therefore the damage during transport is minimal.

7. They can become depressed

Golden Retrievers are very social dogs and enjoy such an environment. They need a lot of interaction, play, and love. Lots of attention = golden retriever to be desired. If you have ever wondered in your life what love is, it will be really clear to you if you give it to this race. He will not only love you and show it clearly, but he will be a furry friend for the rest of his dog’s life. The nightmare for the golden retriever is to watch through the window how you spend happy moments with your loved ones, without his presence. If you do not have enough time and space for the dog, help him by not even buying / adopting him. Depression is not just a condition that causes sadness in people. A Golden Retriever often left alone, in a yard without human interaction, will be an unfortunate dog and he will clearly show that with his constant barking and destroying things around the house.

The most popular asked questions about the Golden Retriever!