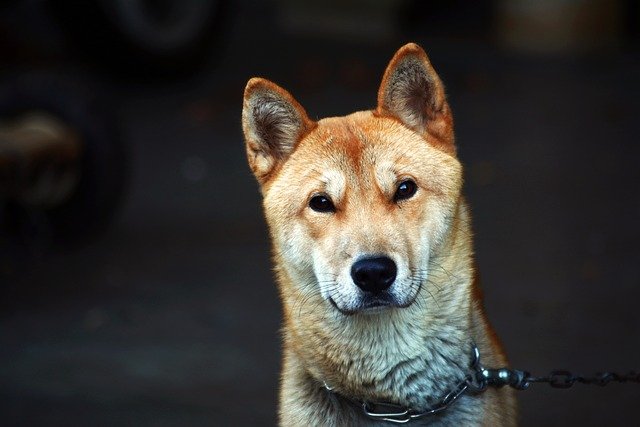 The Korean Jindo dog originated on the island of Jindo, after which it is named. In appearance, it is very reminiscent of the famous Akita, in relation to which it is smaller in stature. Not for inexperienced owners, it requires early socialization. An excellent guard, with a pronounced protective instinct.

The Korean Jindo is a dog of medium size and gorgeous appearance. It looks a lot like the smaller Shiba Ina and the bigger Akita. It has a curled tail, the ears are thick, medium-sized, upright, and moderately inclined forward. The neck is balanced and thick, muscular, and strong like the rest of the body. The back is strong and straight, the chest is moderately deep and not too wide. At first glance, it gives the impression of a powerful, strong, and extremely proud dog.

His gorgeous hair can appear in several colors, in red-gray, black, red, wolf gray, and white, which is the most sought after. The eyes of this dog are dark brown, small, and almond-shaped. The nose is black, except in white dogs where the color of the meat is allowed. The average height ranges from 50 to 55 cm for males, and the average height of females is between 45 and 50 cm. The average weight of both varies between 18 and 23 kg. 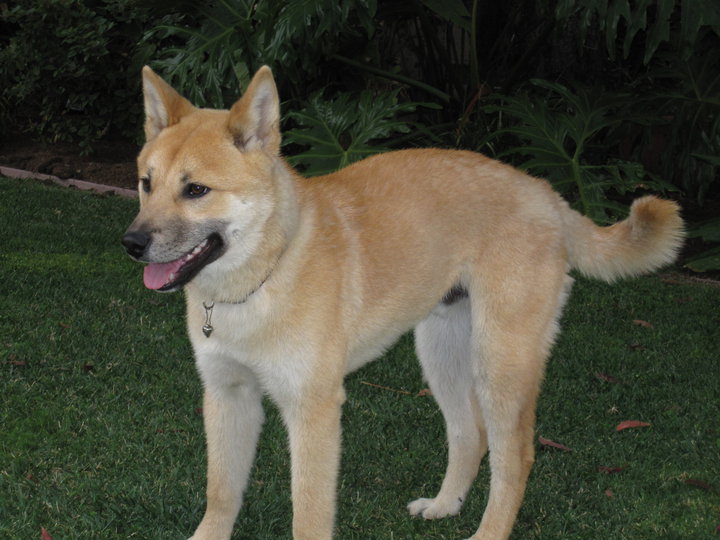 It is a very independent dog that can have a stubborn trait. They enjoy the free exploration of the territory and without early socialization, they react badly to the imposed rules. They can be very dominant, so it is by no means recommended to keep another dog, especially not another dog of the same sex. Korean Jindo dogs are extremely distrustful of foreigners and are considered excellent guards.

He will defend his family to the last breath in case of an emergency! They are not recommended for inexperienced owners, they need a consistent and dominant owner who will be able to work with this dog and its specific character in the right way. They need early socialization, especially because of their relationship with children and other animals, because Jindo has a very strong and protective instinct and a natural instinct for chasing prey. An owner who has earned the love and trust of a Jindo will receive unlimited trust, obedience, and loyalty from him. He will be extremely attached to his family and owner, while he will always be reserved for foreigners.

Jindo should live in the house with his family. It is not recommended to keep this dog in the yard, because his nature and free spirit could easily lead him to various mischief out of boredom and loneliness. Also, Jindo is capable of jumping over a high fence. Due to his great urge to chase, it is mandatory to keep him on a leash during daily walks as well as to walk for at least 30 minutes twice a day. His double hair is shed twice a year when it is necessary to pay extra attention to it. During the rest of the year, daily brushing is recommended in order to avoid thinning and creating knots. As a race, they are considered very healthy but may be prone to hypothyroidism.

The Korean Jindo is a very active dog that has a lot of energy to work on a daily basis. This breed requires a long daily walk or ride with plenty of active playtimes and, ideally, space to ride outdoors. Jindo needs a lot of mental as well as physical stimulation to keep her bored and develop problematic behaviors. This breed is known as something of an escape artist when not properly trained and can be a little too high for dog parks.

As a medium-sized breed, Jindo requires dog food that is specifically formulated for size dogs. It is also important to note that this breed is very active, so it can do its best on a diet formulated for active/working breeds

The Korean Jindo is an intelligent breed so it requires a lot of socialization and training from a young age. 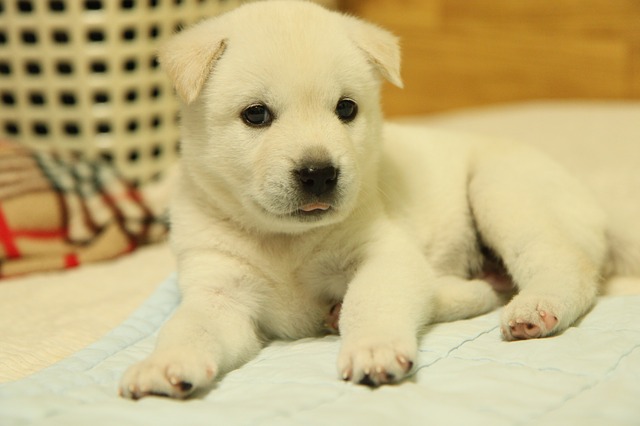 The average litter size of the Korean Jindo breed is 4 to 8 puppies. This breed grows quite fast and is known for developing an independent trait from a young age, so you need to start your Jindo with socialization and training as early as possible.

According to some sources, the Korean Jindo dog originated in the southwest of the Korean peninsula, ie on the island of Jindo, after which it got its name. It is believed that this dog has existed for thousands of years in that area and there are no precise sources from which the breed originated. It has long remained a purebred race due to poor transport channels between the island and the rest of the country. In Korea, this dog is called Jindo-Kyon or Jindo-kae. Kae and Kyon are Korean words meaning dog.