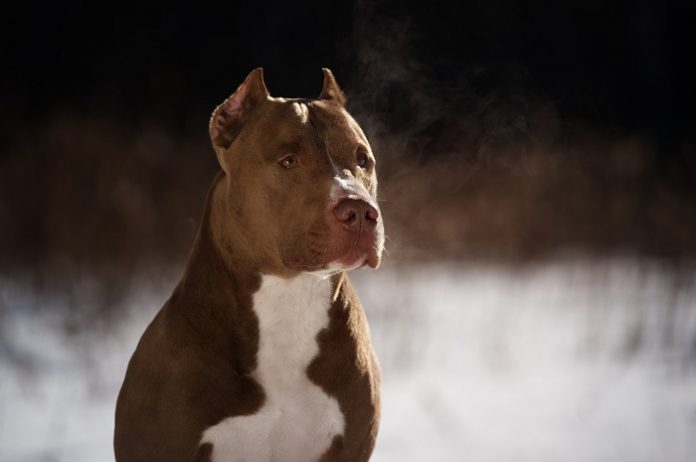 My research on the subject of The American Staffordshire Terrier, (better known as the Pit Bull as well as all other Bullie breeds) has led me down numerous roads I could never have imagined I would travel. You see, I am a reformed advocate for the total eradication of all Pit Bulls! Little did I know, while in my biased frame-of-mind, there were many surprises awaiting me just up the road.

It was through those surprises that I was to learn the real meaning of the phrase, “Never, say never!” Was I about to discover that I had a lot to learn? Oh, yes! For, as fate would have it, there was a snuggly female dog waiting just around the corner in my very near future who would change my life and my attitude toward Pit Bulls forever.

I’m sadly aware of countless cases of court-ordered Pit Bull euthanasia; thus it is also my hope that the book I authored will enlighten the public about the loving, gentle, innate nature of the Pit Bull (i.e. the American Staffordshire Terrier and all other Bullie breeds) and the importance, if you are a Pit Bull owner, of keeping your Pit Bull safe from the (potentially dangerous to your pet) misconceptions of the public (including the criminal justice system.)

The vast majority of the general public has not been made aware that the Pit Bull is an incredibly affectionate, family oriented canine. In fact, historically, (before dog fighting began to be used to exploit the Pit Bull’s strength and agility) the Pit Bull was considered one of the top family canines – exactly as depicted in The Little Rascals television series back in the 1950s! Yes, “Petey” was, in fact, a Pit Bull!

Tragically, instead, the vast majority of the general public is familiar only with the media “hype” (i.e. Pit Bull fighting and all too often resulting Pit Bull attacks.) Therefore, one of the primary roles of responsible Pit Bull ownership is to keep your beloved canine family member safe from the badly mistaken perception of the public.

For example, we were recently visiting a campground in Northern Minnesota. As we drove-in, other visitors could see Dazie through our motorhome windshield (Dazie loves to “ride shotgun” in the front seat!) We received several angry stares. I found it quite amusing actually, that the only dogs that caused any problems at the campsite were other campers’ dogs (none of which were Pit Bulls!)

RELATED ARTICLE:  Why Do Dogs Run In Their Sleep?

It is a fact that any dog can be trained to attack. If a human abuses any dog, the dog will become mean and aggressive toward humans! (Ironically, whenever I pick-up the newspaper I am reminded of the fact that humans seldom require any training at all, in order to attack!)

Rest assured that anytime a Pit Bull has attacked and harmed anyone, that dog has been taught/programmed to attack (often for dog fighting purposes). The dog’s behavior has been the responsibility of his owner. Thus, it is the owner who should be held accountable, and the owner who should suffer the legal consequences, not the dog! I own a Pit Bull and so, having responsibly researched these dogs thoroughly, I certainly should have known better! (Hopefully, once you have finished reading my book, you will recognize that the Pit Bull problem is not a dog problem, but it is a people problem!

There is a desperate need for citizens around the world to lobby your legislators/lawmakers for stricter and harsher laws as well as for more lengthy sentences against dog fighting ring owners. You can make a difference!

Consider the following analogy: whenever a victim is shot with a gun or stabbed with a knife, it is not the gun or the knife that is held responsible for the crime; it is the criminal who wielded the weapon. Thus, we must stop prosecuting the dogs that have been wrongly beaten, abused and forced to fight other dogs of their own kind, and then wielded as a weapon against others as a result of the terrible abuse the dogs have suffered at the hands of their violent owners!

Until I’d read Jim Gorant’s factual report on Michael Vick’s dogs in his book The Lost Dogs , I’d had no idea:

2.) What Pit Bulls who haven’t been trained to attack are
really like; and,1

3.) What happens when bad people turn-dogs-mean by abusing them in heinous and sadistic ways like:

• Tying them up on a six inch chain with no water, for days on end in the heat of the sun; and

• Pitting the dogs against each other by tying a hunk of meat to the top of a pole and making the dogs compete to get at that meat (encouraging aggression) so that they can engage the dogs in vicious dog fighting for their own excitement and monetary gain.

Excerpt From Jim Gorant’s Book, The Lost Dogs “Out in the field is the little brown dog with the floppy ear—none of the dogs know what’s happening around them, but they do know something isn’t right.

They’ve seen things they are not supposed to see. They’ve heard terrifying sounds and they’ve smelled fear and pain drifting in the air. The brown dog lays her chin on the ground and exhales. Her brow folds into a furry question mark.

Following the rescue of Vick’s dogs, it was reported that the dogs who had refused to fight, were often hung-by-the-neck-until-dead from trees and from fence posts, and/or raised over Vick’s, and his cohorts’ heads and then slammed hard onto the ground; but always beaten mercilessly.

When being rescued, it was reported that many of the dogs were referred to by the intervening officers as “The Pancake Dogs.” Why? Because they’d been so badly beaten (and/or savagely Bad Rap tortured) for refusing to fight, that those who survived were sprawled flat on the floor on their bellies, legs stretched outward, unresponsive. That is how terrified and mercilessly traumatized these dogs were.

Tragically, the criminal act of dog fighting and cock fighting runs rampant in many countries, including the United States. Some of these countries even believe (just as I once believed) that eradication of the breed is the solution. Little do these governments know or understand, an act such as this will only lead to the use of some other large dog breed; or creating a new, powerfully built dog breed. Having been a Corrections Behavior Therapist for the Minnesota Department of Corrections for several years, I can assure you that while many criminals don’t stop committing crimes because of laws; most don’t want to be imprisoned for extremely lengthy periods of time. Total loss of freedom is an enormous loss!

My husband and I are certain that had our Dazie been one of Vick’s dogs, she would have joined the ranks of those “Pancake Dogs” due to her docile and timid nature. Needless to say, reading Mr. Gorant’s book broke my heart.

Just a little of the publicity that resulted from Mr. Gorant’s eye-opening book:

The Daily Beast wrote:
The Lost Dogs is a page-turning investigation of dog fighting and an implicit indictment of the sport.

The Seattle Kennel Club wrote:
Packed with vivid characters and dramatic incidents, The Lost Dogs is a sobering reminder that man’s best friend isn’t always viewed that way. But this deeply affecting portrayal also reflects that fairy-tale endings are within reach when those involved are infused with spirit, confidence and commitment.

Sports Illustrated wrote:
Gorant’s fine book is a heartwarming tale of how the love and commitment of a community can heal even the deepest and most abhorrent of traumas.

Los Angeles Times wrote:
The Lost Dogs has the quality of a page-turner as it chronicles the entire story, in all its upsetting detail, of the dogs’ rescue and re-entry into the world.

Amazingly to the general public, but not to other Pit Bull owners, the Pit Bull’s innate nature so greatly exceeded all of Michael Vick’s attack training that many of them have found good homes with loving families since their rescue! 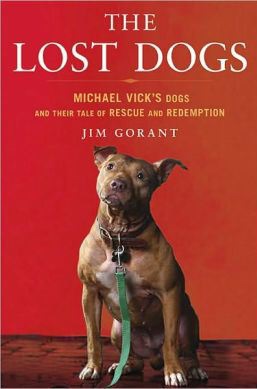 (Incidentally, when I informed Jim Gorant of The Lost Dogs fame, of my novice authoring endeavor with my book BAD RAP, he exclaimed, “I hope you sell a million copies!” Until I read his enthusiastic message, I don’t think that I’d fully realized just how sorely needed my mission in writing this book truly is.)
Thus, in providing you with the truth about the tragically misunderstood Pit Bull, it is my mission and my deeply sincere hope that should you choose to read my book, once you’ve read it you will choose to educate your family and friends with this newfound knowledge.
(There are many excellent educational sites on Facebook. If you enter the words, “Pit Bulls” into the search bar near the top of the page, or go to my site on Facebook here. It is my hope th at you will choose to join in the pursuit of justice for these amazing dogs by simply equipping yourself and others with knowledge of the truth. Please.)