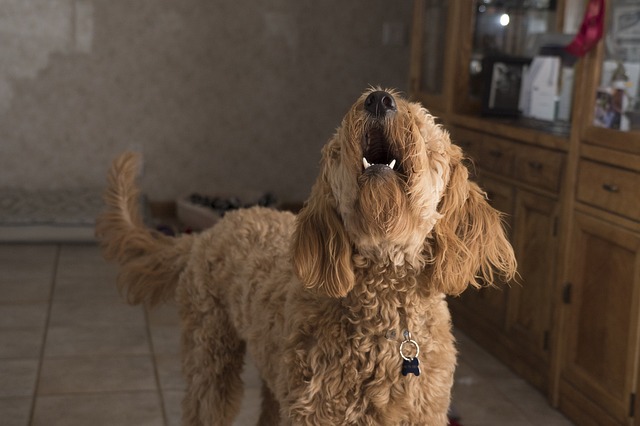 Barking is the way dogs communicate, and “chatty” dogs are often misunderstood. That is why we constantly wonder why some dogs bark more than others and how this habit could be controlled.

Some dogs are especially temperamental, so every time someone rings or knocks, they bark as if their lives are in danger.

Why are they doing this and is there a way to stop it?

Dogs bark and communicate with each other and express themselves. This is completely normal and some species are specially bred to bark a lot. An example of that is hunting dogs, which reveal to their owners where the catch is.

There are some claims that dogs started barking during domestication because humans also made sounds. The sounds that dogs produce are probably the most successful drivers of communication with people because they do not pay attention to more subtle, visible expressions.

For example, if the owner takes a leash, puts on a coat, and heads for the exit from the apartment, it is a clear sign for the dog to go for a walk.

If the dog barks with happiness, and the owner leaves the apartment with him, that is positive encouragement. Another time he could bark as soon as the owner starts to take the key.

It would be best for the owners to stay standing until the animals calm down and calm down. Only then should he leave home.

Unwanted barking is also encouraged when the dog receives food just to stop doing so. The same technique can be applied here: the dog gets food only when it stops barking.

Dogs that bark at a fence may do so because they are calling their people. This can be called the barking of separation.

From a dog’s perspective, such barking is understandable: they are very social beings who live in packs and do not understand why the leader left them. Dogs have to learn that people sometimes leave them alone, but always come back.

That is why we recommend an exercise in which you leave the room for a few seconds and then return to it. This is repeated several times a day, each time with a longer period of time. If the dog barks or howls, the owner must not return to the room as this also encourages unwanted behavior.

Some dogs bark when their owner is close?

Most likely dogs do this because they are defending their territory or telling other dogs to stay away. Owners in these cases should draw attention to themselves. If the dog does not respond to the command to stop barking, he should be warned. If a dog looks at the owner or even comes to him, he should be praised, patted, and rewarded.