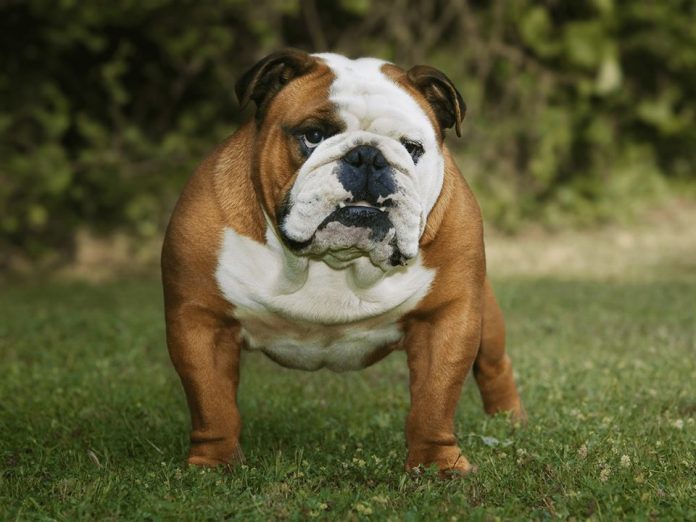 The English Bulldog has a large, wrinkled head with a short nose and a strong lower jaw. His ears are small, thin and half-lowered. The eyes are placed low on the face, there is a lot of space between them. The nose is short and wide. The tip of the nose is pressed against the eyes. The chest of the English Bulldog is wide and gathers towards the back of the body. The legs are short and strong and that gives them a rectangular profile.

The English Bulldog is especially honest, gentle, sensitive, kind, smart and fearless. This growth of dogs is known for their loyalty as well as their cheerful behavior that contrasts with their appearance. They are happiest when they are next to their owner. They enjoy hanging out with other dogs and other pets. Some bulldogs are wary of strangers, but most are friendly to someone.

The English Bulldog is one of the most loyal dogs in the world. They are really sensitive and attached to people. Their love for the owner is immense and they react to the slightest sign of danger to the family.

English bulldogs may have trouble breathing because they have a short nose, hip, and joint dysplasia as they grow rapidly, cataracts, tail growth problems, and allergic problems.

It is recommended to brush the fur of the bulldog with a rubber brush, mostly during the mulching period, in order to remove dead hair. From time to time, you will lubricate the entire body of the bulldog with a lotion from the face and tail, especially the wrinkled parts, so that they are clean and well-groomed. The English Bulldog requires minimal physical activity. This breed of dog is quite lazy and very difficult to get them to the activity.

The English Bulldog is not picky about its diet. It is advisable to feed it dog food, which will reduce the number of sounds it often emits when there is gas. This breed of dog can have problems with obesity, so a balance should be struck between diet and moderate activity. 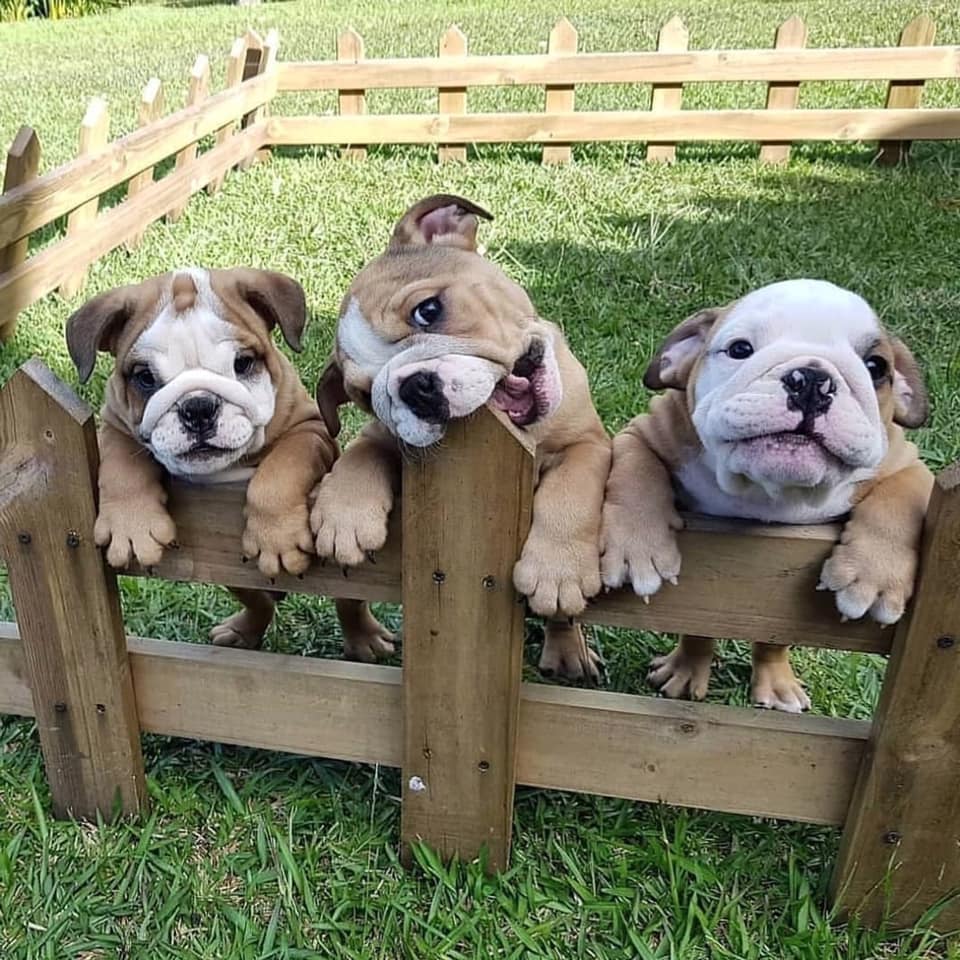 If you decide to buy or adopt an English Bulldog dog, you need to know a lot about these dogs to know how to properly care for them. English Bulldog puppies are susceptible to infectious diseases and therefore need to strengthen their immunity at the outset. For all the advice you should contact a veterinarian as well as the grower of the original litter and are in the direction of timely detection and removal of hereditary diseases.

It is indisputable and the name itself says that this breed of dog originates from England. Initially, this breed of dog was bred for fighting. From the thirteenth to the eighteenth century, these dogs were known for their exceptional aggression. With the enactment of the Law on Animals in 1835, fighting between dogs was abolished and since then there has been a change in the way this breed of dog is bred. For some time this breed was crossed with the mops. The English Bulldog breed standard was established in 1878 in London by the English Bulldog Club.