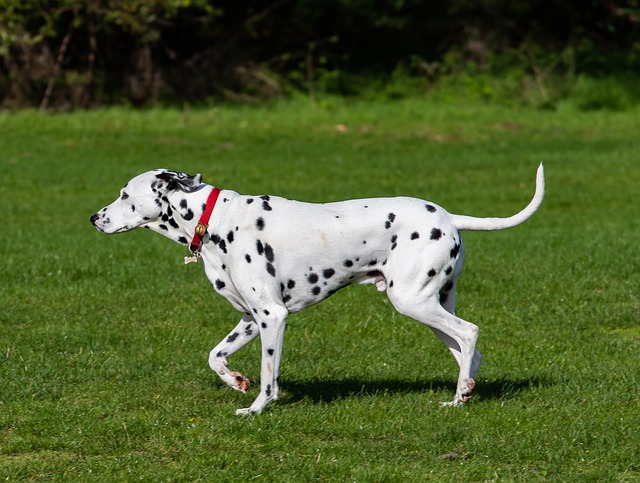 To understand what luxation or dislocation of the patellar (Luxatio patellae) is, firstly we need to know what the patellar is and what is her role. The patellar is a small triangular (sesamoid) bone inserted into the tendon of the large thigh muscle (m.quadriceps), popularly known as the “cup”. The largest thigh muscle – the quadriceps is attached to the lower leg bone via the patellar. Its main role is to be the point of support for the quadriceps during the knee extension movement, so it serves to optimize the movement during the extension (extension) of the knee, which is the main movement when moving the animal forward.

Every veterinarian encounters this problem in practice and patellar luxation is a common finding during orthopedic examination. It can be medial, lateral and bilateral (bilateral). Medial luxation (towards the inner part of the knee) is much more frequent, it occurs in dwarf and miniature dogs, and lateral dislocation is more common in large and giant dogs. It is mostly a congenital disorder, rarely caused by any trauma. Anatomical deformities that lead to luxation of the patellar are present at birth, so it is hereditary and develops during life. Patellar luxation is a symptom, not a disease, that occurs when the femur and tibia are not in the same plane, as a result of which the patellar protrudes from its anatomical bearing towards the inner (medial) or, much less frequently, outer part of the knee (lateral luxation).

Medial luxation is much more common than lateral and accounts for 75-80% of all cases, of which in 20-25% of cases it is bilateral (bilateral). As much as the medial luxation of the patellar dominates in small dogs, so much the lateral luxation dominates in large and giant dogs (often as a consequence of hip dysplasia). In recent years, a dramatic increase in medial luxations has been observed in large and giant breeds, especially Akita, Labrador, Husky and Malamute. In addition, in 15-20% of cases, there is damage to the anterior cruciate ligament of the knee in middle-aged and older dogs who suffer from chronic patellar luxation, because there is an internal rotation of the tibia in relation to the femur.

The luxation of the patellar can be declared when skeletal maturity occurs, which is from the 10th month of life. It occurs 12 times more often in smaller dogs than in larger dogs. When the patellar is dislocated, it is difficult for the animals to walk and they limp because of that, and not because it hurts them. Dogs occasionally or permanently limp with their legs bent, and most often it looks like the dog is limping for a few steps, and then continues to walk normally.

Patellar luxation is diagnosed exclusively by clinical, and orthopedic examination. For assessment, detailed detection of the cause of the problem, it is ideal to do a CT (computed tomography) which can accurately see whether the problem is in the femur, lower leg, or both. Often in small dogs, patellar luxation is noticed only after 2-3 years of age, and until then it passes asymptomatically because they are very light dogs, which are constantly held in the arms, have “hairstyles” that mask the position of the legs, while owners often say that dogs have always walked like that, believing that lameness is a normal way of walking.

Patellar luxation is classified into 4 degrees. In the first stage (so-called in-in), the patellar can be thrown out of the groove under load, but it returns inside. The very fact that we can expel it classifies it as luxation, because we cannot luxate a healthy patellar.
In the second degree (in-out), the patellar spontaneously goes in and out during flexion and extension movements, as well as rotation of the lower leg. This is by far the most common degree of luxation we encounter.

In the third degree (out-in) – the position of the patellar is outside, but by rotating the lower leg and manually, it can return to the inside, to its anatomical position.

In the fourth degree (out-out), the patellar is located in its alternate bed, and whatever we do, we cannot return it to its recess on the lower part of the femur.

Treatment depends on the degree of the disease. Exceptions are when in the first and milder second degree, conservative treatment can help by strengthening the muscles around the knee joint. It could be said that surgical treatment is inevitable, and for every problem related to the dislocation of the patellar, a measure should be taken to correct it, and this is done surgically. Complications are also possible – patellar luxation surgery is the operation with the most common degree of revision in veterinary orthopedics.

There are many surgical techniques – when a surgeon enters the knee joint if there is no groove on the lower part of the femur – he will make it (a method called trochleoplasty), if the groove is shallow – he will deepen it, if there is a deformity of the femur – he will correct it if the hamstring it is not in its place – it will be cut off and moved as much as necessary. The goal is for the femur, patellar and lower leg to eventually be in one plane and for the knee joint to become stable.

After the operation, it is necessary to conduct physical therapy for a few weeks in order for the knee to fully restore its functionality. Since it is a genetic disease, it is necessary to select and exclude all animals with patellar luxation from further reproduction.