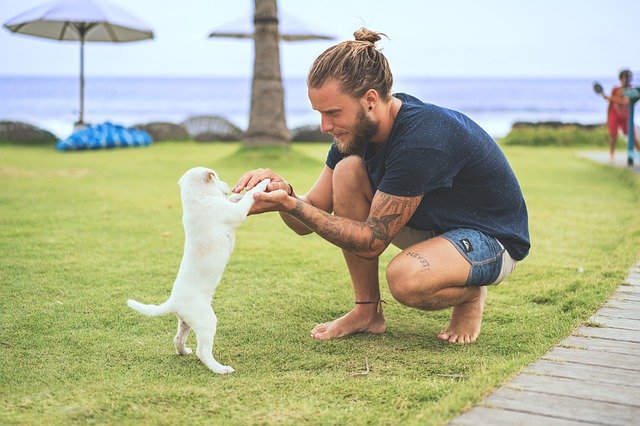 You have finally realized your dream – you have become an owner of a puppy! You are full of ideas and you are ready to teach him a bunch of tricks. But it is not quite as simple as you imagined. Here are the most common training mistakes that can ruin a friendship with your dog.

Do not punish your dog!

During the training, whether it is the simplest commands that help better socialization and connection with the environment or more complicated attractive tricks, use positive motivation. Whenever a dog does what you asked of him, initially reward him with treats, praise, and attention. After a while, positive behaviour will grow into a habit. Never beat, scold or otherwise punish him. The consequences of such behaviour and attitudes are, as a rule, negative and long-lasting.

Leave the dog to play alone

Hang out with your pet. That’s why you took it. In the early period, the company is very important to your dog. Taking him out of bed means separating him from his family. Until that moment, he was playing with his mother, brothers, and sisters. By coming to your home you became his family. Introduce him to as much content as possible, people, animals, etc. The period of socialization of puppies ends at 16 weeks of age, so hurry up. Later everything gets much harder.

Hurry up with the training

Start with easy exercises. The commands “come”, “sit”, “lie down”, “stop” is quite enough, to begin with. They are good for building strong relationships with the dog, its safety, and security. Only when you have mastered the basic commands do you gradually begin to introduce more complicated exercises such as walking along the leg, bringing various objects, and the like. Everything takes time. Don’t forget that while learning new tricks, you constantly repeat what you have already learned.

RELATED ARTICLE:  What is the Difference Between Following and Tracking?

Failure in following the rules

Everyone in the family must agree on what is expected of the dog. Exact rules apply not only to the dog but also to family members who must follow those rules. If this method is applied, the dog will understand and apply these rules much faster and easier. If one member of the gear allows the dog to sit on the armchair and the other does not, it will lead to confusion in the dog. This can later cause behavioral disorders that can progress to aggression towards some family members. The rules that are adopted apply to everyone and at all times.

It takes a lot of patience, time, repetition, and consistency to get a well-behaved and trained dog. Not all dogs are the same, just as not all people are the same. Some dogs will adopt some commands and patterns of behaviour faster and easier. Some people need more time and practice for that.

Don’t give up if the dog doesn’t show the results you expect right away. Practice hard. Exercises should be daily for 5 to 12 minutes and require constant repetition and renewal of those skills and patterns that have already been learned. Assess the pet’s ability to concentrate and interest in participating in training and adjust the exercises accordingly. Start exercising right away and do it your whole life. It will be fun for both the dog and you.