In order to celebrate the release of a new film called “Isle of Dogs” a York cinema has announced it’s first dog-friendly screening.

Wes Anderson’s film will be launch in City Screen in York and the premiere will be opened to all well-behaved dogs and their owners.The dog-friendly screening had proved to be very successful and popular as shown from previous experiences from cinemas world wide. 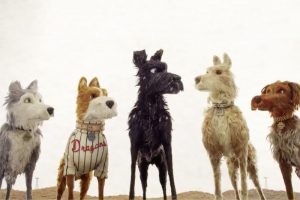 All customers were invited to bring their well-behaved dogs to the morning screening and the cinema staff will provide the dogs with water bowls and blankets so they could sit on the seat next to the owner.

Because there will be human-only projections during the afternoon, the cinema staff has stated that after every screening that dogs attend there will be deep cleaning performed.

The movie “Isle of Dogs” is a heart-warming story about a dystopian society in Japan, and most of the cast are canines. It is a story about Spots, dog that has been exiled on a thrash island after and outbreak of a “dog flu”. Atari Kobayashi, owner of Spots, go on a adventure to save his best friend and in his quest he is aided by other four-legged friends that he will meet.