Presidents tend to have a lot in common. They are married to spouses who work to carry on American values, with whom they live in the same house and with whom they assumedly sleep in the same bed. They raise largely successful children who don’t work for them and who they’ve never mentioned wanting to sleep with.

They are hardworking and smart, available at all hours to fight for America. They rarely take time off for leisure save for brief reprieves with literature. And they have a dog – or two. Much of the same cannot be said of our current president, Donald Trump. In fact, Trump is the first president in more than 100 years to be dogless.

Also of note before McKinley is Andrew Johnson. He didn’t have a dog, was impeached in 1868 and apparently “left flour out at night for a family of white mice playing in his room” amidst the political drama. Pet food for thought.

One fluffy, silver lining is that Trump has reportedly attempted to get a dog in recent months, specifically a goldendoodle named Patton. As the New York Post reported in January, Trump was set to adopt the pup from friend Lois Pope, but Pope kept the dog after forming a connection with it herself. Pope claims Trump listed his constant traveling as a reason why he’d be a poor owner.

RELATED ARTICLE:  Is Your Dog Afraid of the Vet? Read This What to Do 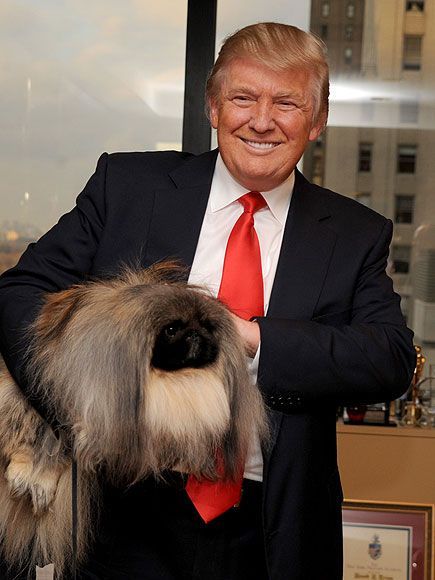 If Trump stays pet-free, he will be breaking with a long held tradition of presidential pet ownership.

“In the modern-day presidency, almost all of them have had a pet,” said Jennifer Pickens, a White House social expert who wrote “Pets at the White House.” Still, she noted, “all didn’t necessarily have them at the beginning of the administration.”