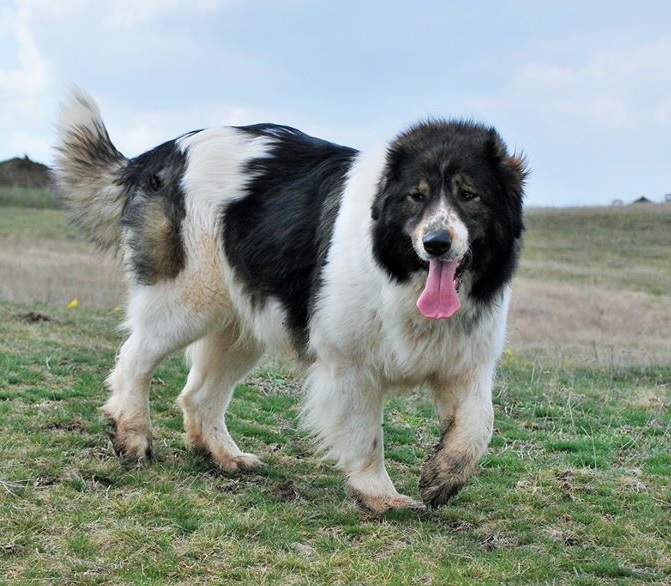 Karakachan The Bulgarian Shepherd Dog, as it is called in its home country, belongs to the group of shepherd dogs. The breed is neither internationally standardized nor recognized by the International Cynological Federation (FCI).

He owes his name to the Karakachans. During the summer, the dogs led their flocks through the mountains and spent the winter in the Mediterranean region of Thrace in parts of the southern Black Sea. Such provided food for their flock of sheep throughout the year. The Thracians, who appeared on the territory of present-day Bulgaria, were known to have huge flocks of sheep.

When asked about the origin of shepherd dogs, there are several theorists, the most accurate of which is their non-European origin. According to that theory, these dogs originated in Central Asia and their ancestor was the old Tibetan dog, which originated with wolves from Tibet.

Due to the difficult living conditions, the Karakachan dog is highly valued among shepherds and is literally treated as a member of the family. For people who are engaged in animal husbandry and have herds of over a thousand sheep, the ideal guard is the Karakachan dog. Connoisseurs of shepherd dog breeds and cynology generally believe that this breed of dog is one of the oldest dog breeds in the Balkans. As the name suggests, it was named after the people of Caracas who live in Bulgaria today.

It is a shepherd dog that has genes that resemble Turkish shepherd dogs. The Karakachan dog arrived in this area when the nomadic tribes began to spread in the area of Bulgaria, the Vlach areas of Serbia and Greece.

For shepherd dogs in the Balkans, the westbound stretch of Tibet is interesting, through Asia Minor, which enters Greece via the Bosphorus, probably in the 6th century BC. In Greece in the 5th century BC, the Tibetan dog was known as the Molos.

Every country in the Balkans, or rather every mountain range, has its own shepherd dog whose common ancestor is the moth. They all have the characteristic features of a shepherd dog, and the distinctive features of the breed have been created for centuries in biogenesis where some traits are strong and some are poorly fixed in close or distant kinship.

Although this breed is not internationally standardized in the home country, there is systematic, cynological breeding and enrollment in genealogy. The breed is recognized by the Bulgarian Kennel Club.

The Karakachan dog – a shepherd and guardian


The Karakachan dog is the guardian of huge flocks of sheep and cattle. They are also used as guides. It sounds amazing, but this dog is able to keep herds of over a thousand heads.

The Karakachan dog is characteristic in itself, it is durable, it adapts to new living conditions. The most responsible for their development and genetic changes are the cattle breeders and shepherds who have matched them with other breeds of shepherd dogs.

To withstand high temperatures and climatic differences, data show that the Karakachan dog leaves for the herd in the mountains during the winter and in the summer on the southern shores of the Black Sea.

Features of the Karakachan dog

The original breed is characterized by straight shoulders that go wide, their ridge is as strong as their paws.

The color and density of the fur are tolerated in two variants: long and rough or sharp and short, reminiscent of bear fur. These shepherds usually have a white background with gray or black spots and can rarely be seen with red and yellow freckles.

This dog’s head is massive but not heavy. The skull is moderately wide and slightly rounded. The width of the skull in male dogs ranges from 12 to 16 centimeters and in female dogs from 11 to 14 centimeters. The eyebrows are slightly rounded. The nose is well developed and is slightly shorter than the skull. The shapes are not pronounced. The eyes are almond-shaped and quite small compared to the head.

The Bulgarian Shepherd Dog is a dedicated guardian. He is reserved for strangers and has a strong defensive attitude. This dog will resolutely defend the space in which he lives and socializes well with other pets. He needs early socialization and discipline. The Bulgarian Shepherd Dog has been bred for centuries as an independent guardian.
On the verge of extinction

The literature states that these dogs do not eat meat but their diet is of plant origin. For a meal, it is enough to boil milk and add about 700 grams of ground wheat. It is obvious that this diet affects their health because these dogs live on average for up to 18 years. What fascinates these breeds is that female dogs are fertile even at the age of 15.