Pet owners can start booking travel for their four-legged companions on United Airlines again this summer. Yet fewer animals will be flying thanks to new rules by the carrier prohibiting all but dogs and cats in cargo, and even then more than 20 breeds of felines and canines are banned.

After the death of a 10-month-old puppy in an overhead compartment on a United flight in March — a month that also saw the airline loading three dogs onto the wrong planes — the company stopped taking new cargo reservations for four-legged travelers pending a review.

Starting in June, United will resume flights for dogs and cats transported in planes’ cargo holds. Notably, however, it will no longer accept 21 breeds of dogs and four breeds of cats (see below for a complete list). The ban on “brachycephalic” (or short- or snub-nosed) dogs and cats and strong-jawed breeds comes “out of concern for higher adverse health risks,” the airline said.

Short-nosed breeds including boxers, pugs and Boston terriers are more susceptible to respiratory issues. As a result, American, Delta and other airlines already to refuse to ship them.

Travelers may still bring small pets, including dogs and cats, into United cabins so long as they are in carriers that fit under the seat. That means fully grown dogs including Mastiffs and some bulldogs are effectively banned, as they are too big to ride in the cabin and are not allowed in the cargo hold.

United said it is working with American Humane, an animal welfare group, to improve animal safety on its flights.

United had the worst record of all U.S. airlines last year in the number of animals who died in flight. Beyond previously accepting higher-risk breeds that other airlines prohibited, United in the past flew animals including geese, leopards and foxes. 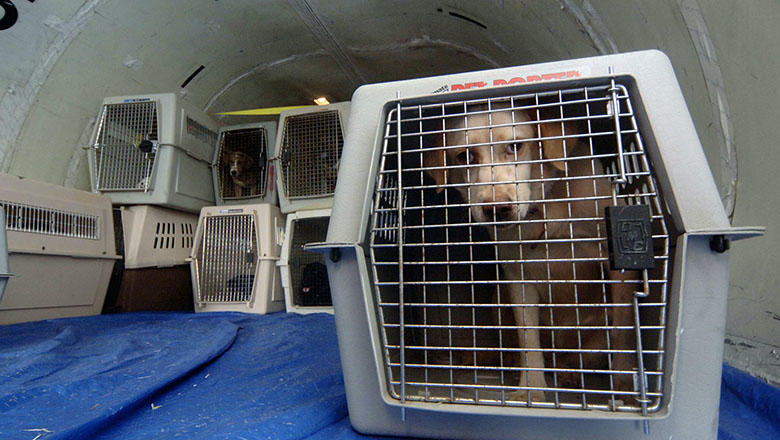 Of the nearly 507,000 animals that flew on U.S. commercial carriers in 2017, 24 died, with 18 of those deaths happening on United, according to the Department of Transportation. United also led airlines in the number of animals transported, carrying more than 138,000 animals.

Following are the dog breeds that United will no longer transport: