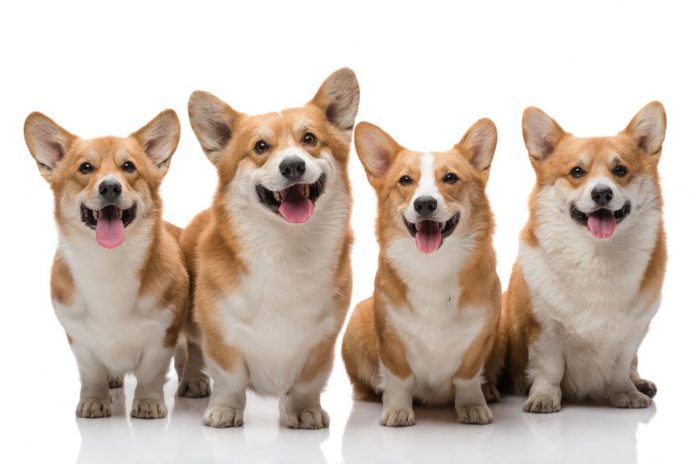 The fur is about to fly thanks to Prince Harry and Meghan Markle’s May 19 nuptials.That’s not a comment about Duchess Sarah (Fergie) Ferguson reportedly being furious about not being invited to the couple’s private wedding reception.

It’s in response to the four-legged stunt slated to go down in Herald Square Plaza in Midtown on Tuesday from 12-4 p.m. to hawk the May 13 Lifetime flick “Harry and Meghan: A Royal Romance.”

Eight corgis — the adorable, low-to-the-ground breed beloved by Queen Elizabeth — will be paraded in wedding regalia (crowns and fascinators, included) in advance of the hotly awaited nuptials. 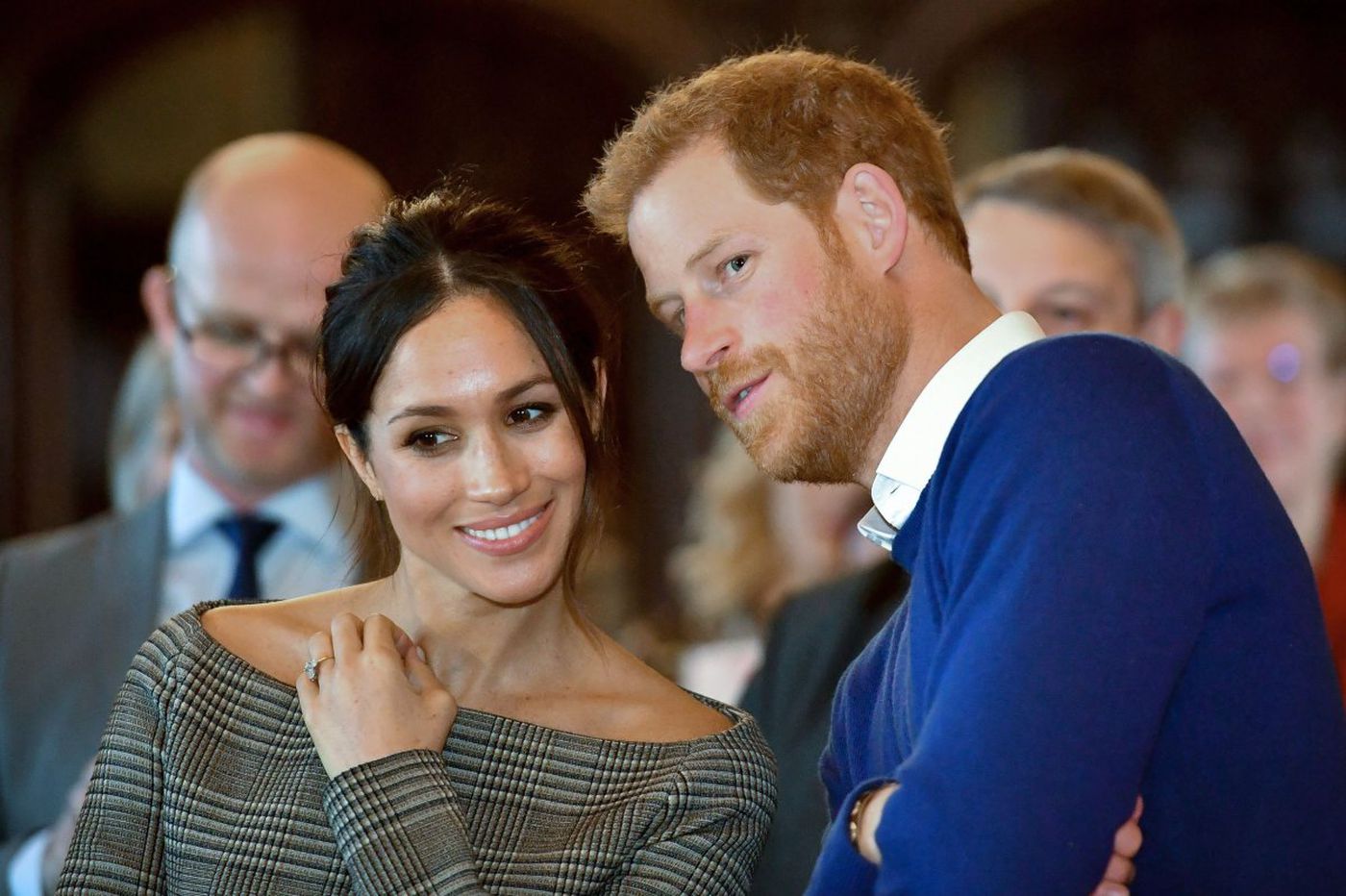 The “Corgi Court” — cast by All Tame Animals on the Upper West Side — will mutts-querade as the soon-to-be bride and groom, the Queen, Prince William and Duchess Kate, Charlotte and and others.

To make the cut “these corgis had to be well-trained, not be afraid of a lot of noise and being around a lot of people,” said All Tame Animals manager Sharon Halley.

The same traits will come in handy at Kensington Palace.

“I’ve never costumed animals before, unless you count putting lots of hats on my cat’s head,” Queens-based costume designer Martin Lopez told the Daily News. “Tomorrow will be an adventure.”

A snazzy, well-dressed one.

“I didn’t have access to any model corgis,” the costumer added. “I’m also making the closures adjustable.”

That includes ones on the wedding gown worn by the dog standing in for Markle. 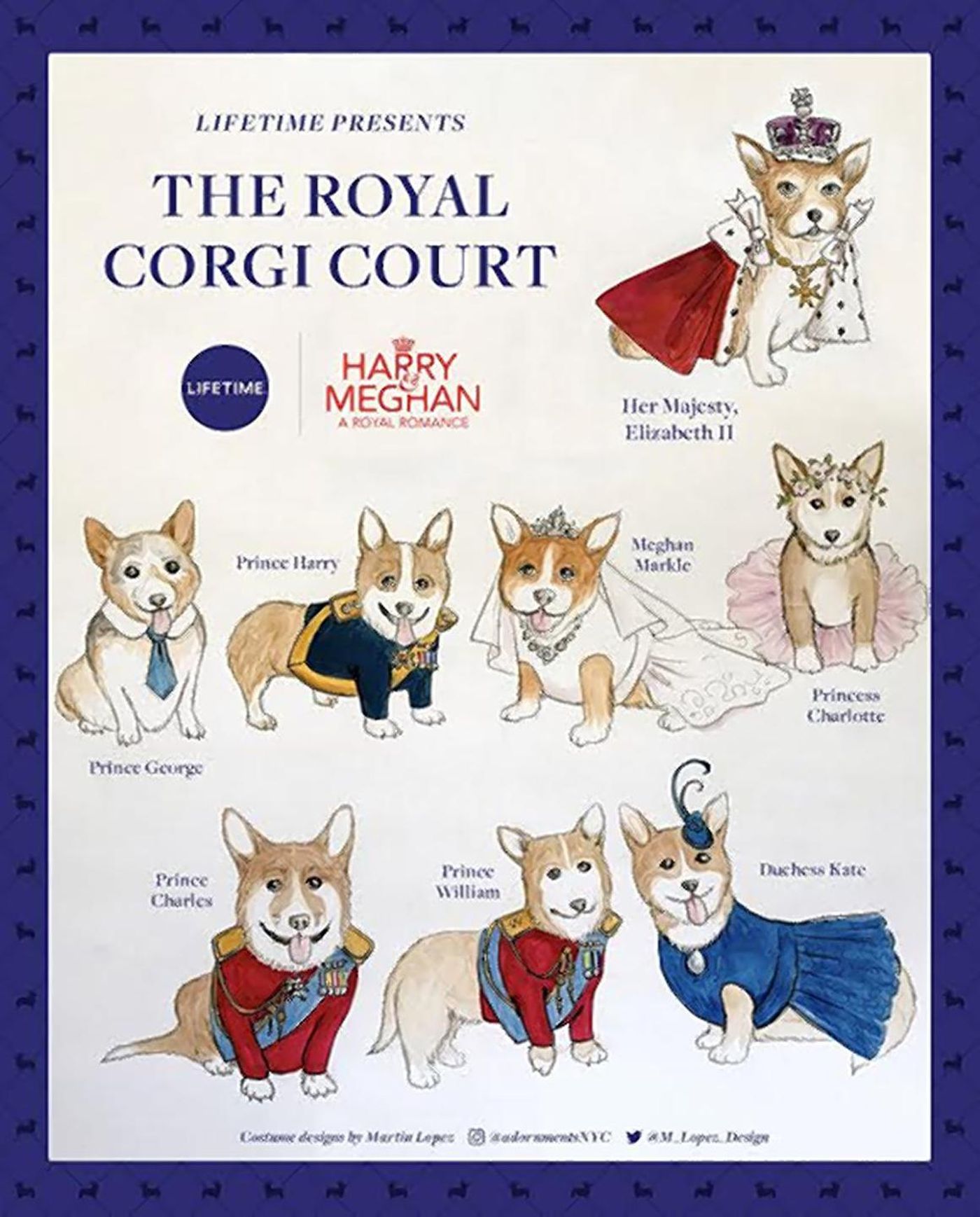 The fact that the bride’s “actual dress is still a well-guarded secret is actually freeing,” said Lopez, whose credits range from Broadway to opera.

RELATED ARTICLE:  Dogs Breeds to Have a High Risk of Getting Sunburn

“You can’t really do the same things in a corgi outfit that you can in a human dress,” he added.

Indeed, what looks good on the former “Suits” actress won’t flatter a pooch that stands just inches off the ground.

The solution? A white gathered skirt fashioned from forgiving, stretchy fabric “for fitting and comfort sake for the corgis,” Lopez said.

The designer expects to see Markle in something completely different on her big day.

The corgi event is all about being “fun and cute,” he said. “We’re not doing a BBC documentary.”