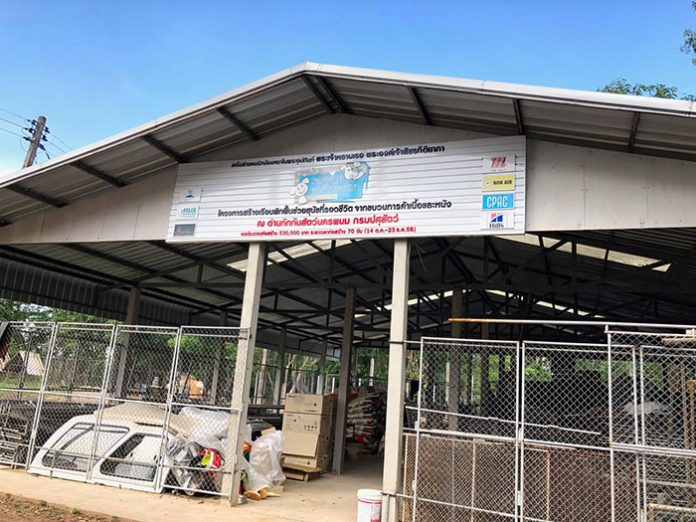 Packed into pens and cages, they whimper behind rusty metal gates. Those who cannot fight for the meager food tossed to them – such as the tiny puppies being born amid the squalor – wait for death. Black flies burrow into sick-darkened fur.

Thousands of dogs have died of starvation or illness after being swept from their homes and dumped into an overcrowded animal facility in response to a recent rabies panic. Right now, only several hundred remain in dire conditions, according to those who have visited the facility in the far-flung province of Nakhon Phanom.

More than 3,600 dogs taken to the government shelter, most from their owners, over 80 percent have died already, according to John Dalley, founder of the Soi Dog Foundation.

“It’s basically a death camp up there,” Dalley said. “And all these deaths were preventable.”

None of the dogs he has seen there showed any physical signs of rabies. 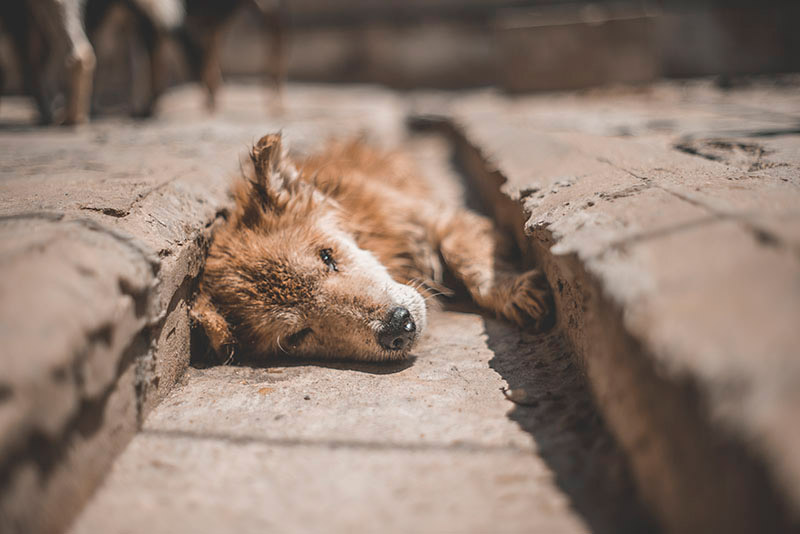 Photos and videos obtained by Khaosod English show shriveled dogs dying, their skin hanging from skeletons. Open wounds and sores fester under the sun. Dogs and cats packed into pens next to dead or dying animals swarming with flies and maggots.

Dalley has led the foundation 15 years, and the longtime activist usually prefers the diplomatic route to do his job.

On Friday, the anger in his voice was unmistakable due to what he said was a preventable tragedy still unfolding, and the fact his veterinarians were being refused entry to help the animals that lay dying inside. 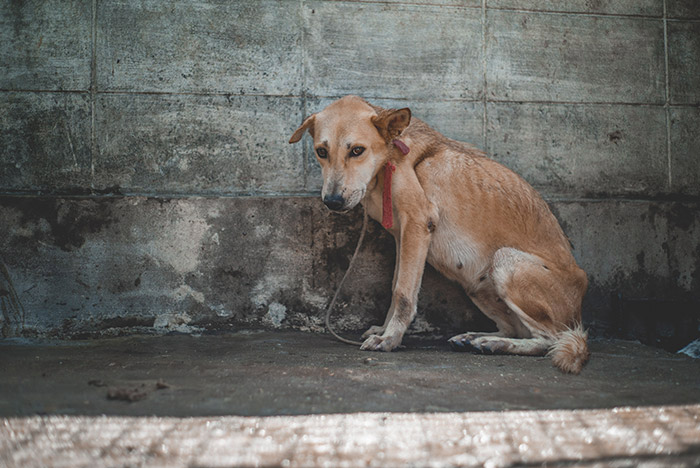 “We don’t believe they did anything to treat the dogs,” he said. “No medication or drugs.”

He thinks the Veterinary Inspection and Quarantine division has made a grim calculation.

“What they want to happen is these dogs to die,” he said.

Since Wednesday, officials with the quarantine department could not be reached for comment. Someone answering the phone at their head office refused to connect a reporter to the director’s office. 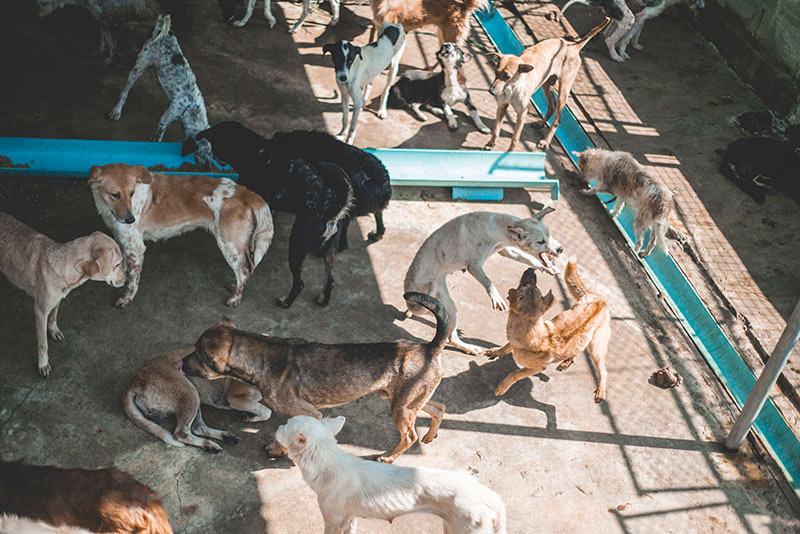 “It’s not true. All dogs have been taken care of very well by veterinarians,” he said. “The sick ones are definitely separated.”

The dogs were taken to the far corner of Thailand after a rabies scare took off in February, with media reports suggesting the animals were becoming infected at a much higher rate than normal to distribution of expired vaccines and mismanagement by the health officials.

In fact the number of incidences and human fatalities were hardly above normal.

As of late April, rabies had killed eight people, compared to 11 in 2017, according to the Health Ministry.

The blow-up has resulted in thousands of stray dogs and cats, sick or well, across the country being rounded up and sent to quarantine facilities, which became overcrowded.

“They were designating red zones where there was a case of rabies and saying all dogs within 1 mile had to be quarantined, and within 5 miles, vaccinated,” Dalley said.

Narong Rattanatraiwong, head of Nakhon Phanom animal quarantine, told reporters in March that there was no rabies epidemic in the province’s shelter, but more than 2,000 dogs out of almost 4,000 in the quarantine had died from Parvovirus.

Narong said most dogs there were rounded up from Roi Et province after it was declared a “red zone” for rabies.

Dalley said of the thousands of to die, only six were tested postmortem for rabies. Of those, two tested positive.

Dalley said the panic prompted an overreacted and poorly considered response.  He said officials convinced people to surrender their pets when normal practice would be to have them kept indoors to first see if any symptoms develop. 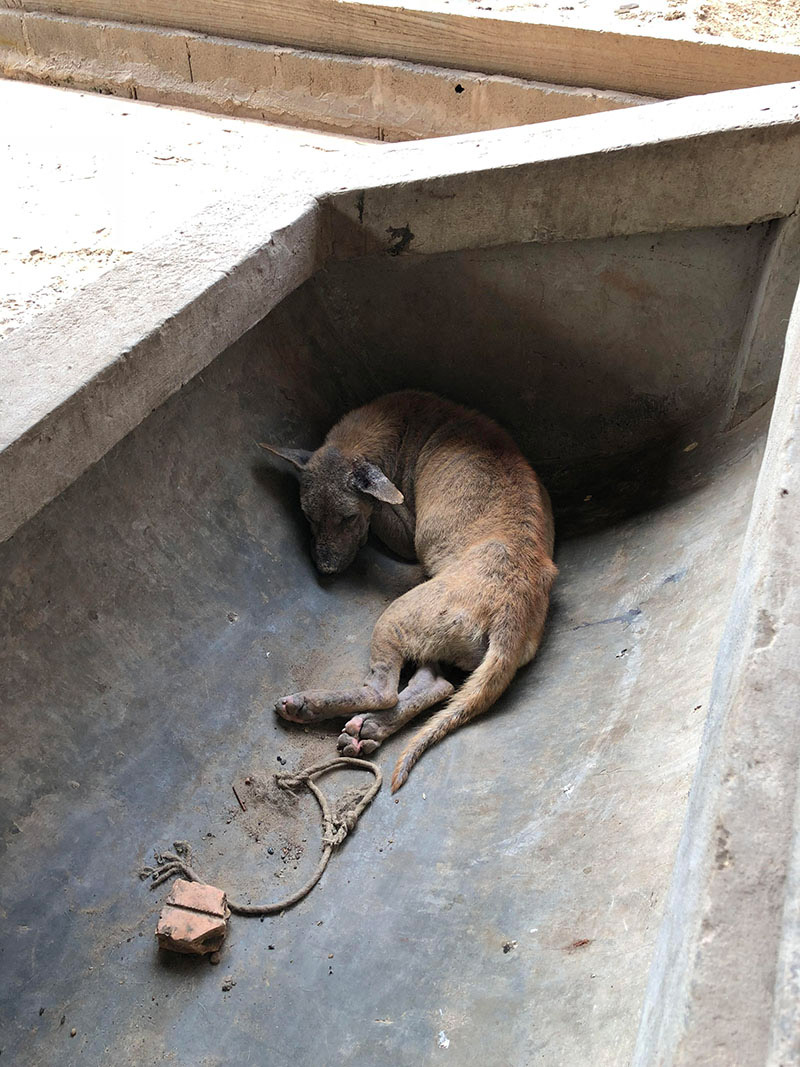 In Nakhon Phanom, workers are coming once in the morning and evening to dump food and clean up, he said. No thought is given to separating the sick from the healthy, or the socialized animals from those more wild.

Many dogs are starving because alpha males are blocking them from food. While some shelters are overcrowded, others are empty and being used to store supplies.

He said of 1,000 puppies taken, only 15 are still alive. Among the death and disease, the dogs are mating because no one thought to isolate them by gender.

“They just mixed them up by sex,” he said. “They’re allowing puppies to be born there, for god’s sake.”

About 80 to 100 cats were also taken to the facility after an elderly man died in the south, allegedly from the bite of a rabid cat.

Dalley, whose foundation is campaigning to help the animals, said the clock is ticking for those that remain.

“These dogs need desperate help if they’re going to survive,” Dalley said. “Some are in a horrendous state. We manually were picking dogs up, and they were dying in our arms.”

On Monday he hopes to fly a vet team up from Phuket. He doesn’t know if they’ll be allowed inside.

“We’ve asked for permission,” he said. “They’re not giving us permission”.