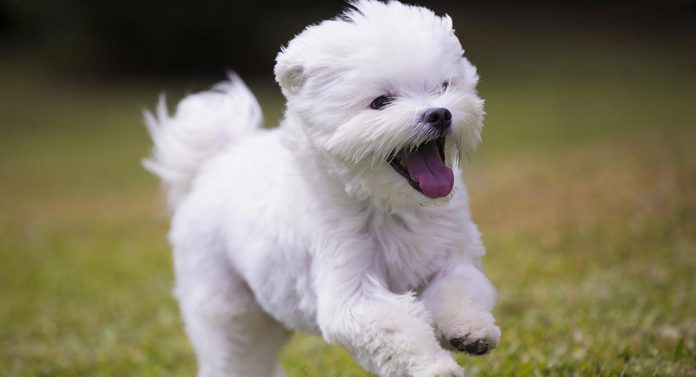 The Maltese dog, or a popular malteseer, increasingly chooses as a pet, has been known and favored as a race by ancient Greeks and Romans. He even served as an inspiration to artists, and became a motif on vases, walls and paintings created in the old age.

Maltese is considered as one of the most beautiful breeds in the group of dwarf dogs and escort dogs, and is also known as one of the oldest breeds in the world.The breed we know today leads to the birth of ancient dogs associated with the names of the Adriatic island of Mljet, the lost Sicilian town of Melita and the island of Malta.The oldest drawing of the Milky Dog is found on one vase found in Etruscan city Vulca.

On it is a play of a dwarf dog that resembles a spike and has a very long coat. Archaeologists have established that this is the Athens School, 500 years old p. n. e. Kinolosima is of significance the inscription Melitaie which stands above the image. Aristotle gives the first description, although he only calls the race, but does not indicate the place of origin. He names Melitaei catelli (Melitaeus catellus). The Greek writer Kalimah (Lat. Callimachus) in the first written report documents the origin of the Milky Dog.

He described Canis melitaeus 230 years old p. n. e. like a dwarf dog that originates from the island of Melita, near Korcula.Pliny the Elder (23 BC-79 AD) also wrote about these dogs and confirmed the report of the administrator of the Kalimah Library of Alexandria.British Queen John Kajus published a book in 1563, citing the Kalimahas report, but also identifies the island of Melita (Mljet) with Malta, and calls these dogs a Maltese pinscher.In 1520, the first specimens arrived in England. Tician Veal was painted by a Milton Dog in 1576, and the first English painting originated from 1763.Charles Darwin places him in the period of 6000 years BC. The first image of the Maltese comes from Egypt, specifically the city of Fajum, and the historians are settling between 600 and 300 years BC.

The popularity of these dogs slowly passed, so the breeding was dead in the 17th and 18th centuries. The survival of the race is questionable. English sources from the beginning of the 20th century say that the race was extinct or before it was extinct. It is believed that the mating with other breeds is preserved and a whole group of dogs forming a bichon group is created.

Until now, it has not been fully explained how the maltzer was formed. Some believe that the ancestors of these dogs were white shepherd dogs or shepherds, and that it is the forerunner of the Canis molossus malteseus. Such assumptions are very little realistic. Much more likely is the theory that takes the basis of a dwarf white dog known in classical Greece. This dog was also known by the Romans and the Illyrians and the Slavs.

At the end of the last century began the systematic breeding of these dogs in England. The starting material was the Maltese-Terrier, as they called it at that time. Some of these were imported from the mainland, primarily from Germany and the Netherlands. At that time, other colors were allowed, and only after the First World War was it established that the maltzer can only be white.

The first recorded dogs in 1904 in the Swiss pedigree were Moti and Afi. The Milton Dog became a de jure Italian dog breed in 1954 when it was decided that Italy was the guardian of this breed of dogs at the annual assembly of the International Federation of Fine Arts (FCI) in Interlaken (Switzerland).This little dog wins sympathies, above all women, with its soft, long, white, silky hair, black muzzle and brown eyes that are hidden under the bast.

Maltese is very brave, loyal to the protector of his master with whose children he likes to play, but he can be sharp and distrustful to strangers.The biggest job is to comb him up to thirty centimeters long white hair, which, otherwise, will become rusty and ubiabana. Otherwise, this really small dog can be kept in the apartment and will not cause problems only if it is regularly led to the run. A well-groomed maltese will only bark when there is a cause for it, so it will not bother even neighbors.