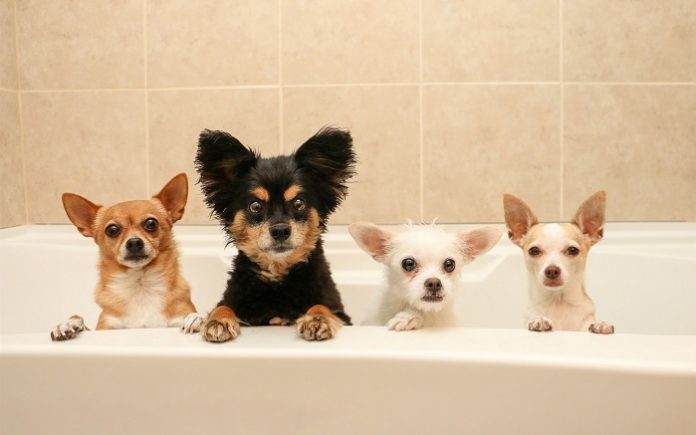 Dogs sometimes looks pretty strange, and one of the strangest things they do is to follow the owners in the toilet. Sometimes it seems that we can not move, but that stupid creature does not go in for us in the footsteps.Have you ever wondered why they are doing this? There are several reasons.

-The first reason is quite simple. It could be said that there is no concept of privacy for them, or at least they do not consider it essential. Owners of their dogs often see that they are doing the necessary walking, and they only “return the favor” to you in this way.

-The second reason is the fact that you are part of his pack. Animals are often territorial and do a lot in the group. They guard each other, especially when a member of their pack in a “vulnerable situation“, such as, for example, performing an emergency. So, dogs want to protect you because they love you.

-The third reason is certainly curiosity. “What is hidden in that strange room they open only a few times a day? What do they do while they are in it? “Are just some of the questions that your dogs are going through their heads. The bathrooms and toilets are considered part of their territory and want access to that part of the house or apartment.

-The fourth reason is perhaps the sweetest – fake them! Maybe you were at work all day, shopping, away or on the road, so your pet did not see you for a long time and spent a good time with you. Dogs are part of our lives, but we have dogs all their lives.