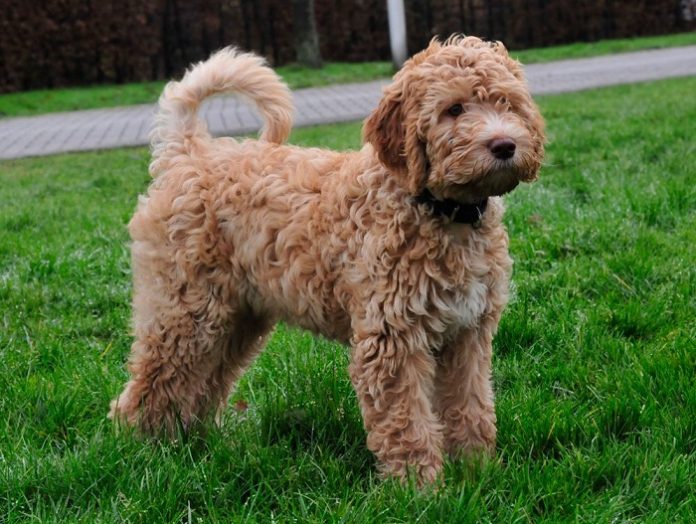 Barbet is a water dog and a traditional eternal companion of fishermen and sailors on long journeys. Although a rare breed of dog, the appearance of Barbet, in reality, is fascinating.

Barbet dogs have perfectly curly fur that appears in red, gray, brown, or white colour. White markings on the cranes are acceptable on the toes, feet, and paws. Barbet fur is thick and wool-like. The fur is waterproof and makes these dogs ideal for working in all conditions. Except that in some ways they have waterproof fur. Barbets also attract swimmers with skins on their paws.

The Barbet, or French water dog, is a calm, loyal, and smart dog by temperament. By nature, they are honest and strict with themselves. They are in good relation with other dogs and other pets. They are also good with children. When they feel threatened, they bark very loudly and do nothing. Like other dog breeds, Barbet must be properly socialized. Socialization and training should start a lot. Barbet wants to entertain people, so it’s easy to train. Unlike some other dogs, Barbet is generally not dominant or stubborn and does not cause training problems.

Barbet is generally a healthy breed of dog. The only problems they may have are ear infections and hip dysplasia.

Barbet needs care because he has thick fur. To facilitate the proper growth of the fur, it is necessary to trim the fur of the little puppy when it is 4 to 6 months old. They can also live in an apartment if their owners organize a long walk with them as well as occasionally swimming or other sports activities.

The diet of this breed of dog primarily depends on the age of the dog, the climate in which it lives and the like. It is best to feed special dog food. If you feed him home-cooked food, the dog loves chicken, turkey and veal.

This breed of dog is especially rare and not much is known about their health and the diseases they suffer from. Barbet is an endangered breed and statistically very few in the world have expressed it. Given the rarity of this breed, it is not surprising that they are so expensive. A Barbet puppy with a good genetic predisposition sometimes costs over 2,500 American dollars.

The Barbet or French water dog is an important part of dog history. Many of today’s well-known dog breeds make up the Barbet breed. This breed is better known as a hunting dog but is also increasingly known as a companion. Its name comes from the French word barbe which means beard and for centuries the name barbet has been used for all dogs that have long, curly, woolen fur. These dogs used to be helpers for sailors.

They were best known as excellent retrievers of water surfaces, swamps, and river estuaries in France.

In the nineteenth century, the term muddy as a barbet began to be used. In the eighteenth and nineteenth centuries, this breed was known as barbet in France, Barbone in Italy, and poodle in Germany.

With the advancement of dog shows and selective development, these breeds have been distinguished by special characteristics that have distinguished them ever since. The poodle has evolved into a more elegant species with solidly dyed fur, while the barbeque has retained features that were previously combed and help it to be versatile and excellent hunting dogs that can survive in a variety of conditions.

The origins of the barbeque can be traced back to 1891. The popularity of the breed is increasing today in the Scandinavian countries where people are increasingly interested in these preventive hunting dogs, which are also wonderful pets.