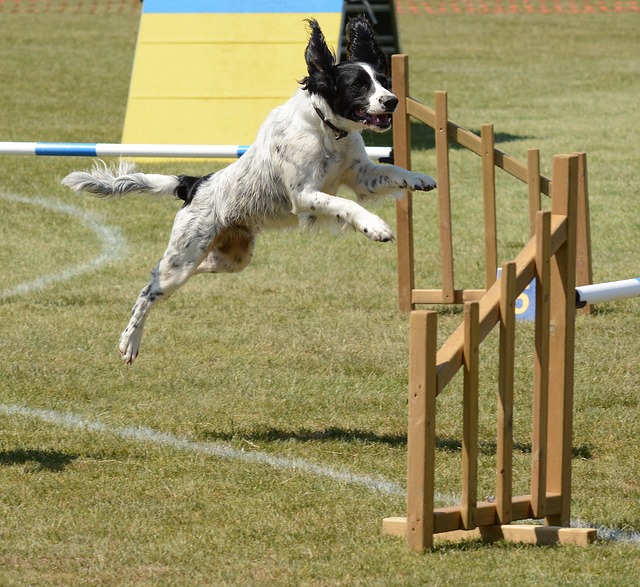 Is your dog a weekend warrior? Although the word weekend is in the name, this syndrome most often affects people and dogs after a period of winter inactivity (or after isolation in which we spent almost two months), when they suddenly start to move and recreate more, resulting in injuries and inflammation.

Many people decide to bring a dog to their home because it will make them move more and be more active. And it really is. The dog will never refuse to go for a walk, run and throw a ball or a frisbee. Agility is a sport that both the dog and the owner enjoy together, and also both get the necessary dose of activity in order to be healthy and fit.

The same is true in the case of some less intense forms of recreation such as jogging, throwing a frisbee or a ball. However, just as people need to get fit and be careful not to overdo it all at once, we need to keep the same in mind when it comes to our best four-legged friends.

Have you ever heard of dog Weekend Warrior Syndrome? Both humans and dogs suffer from it, and as experts say, it is a very common condition, although we may not have known its name until now. Although the name has the word weekend, it is a condition that people, but also dogs, most often have when, after a period of winter inactivity, they suddenly start to move, exercise and recreate more.

This is happening to us even now, after the emergency situation caused by the corona virus and movement restrictions. Then there is pain, inflammation and injury due to a sudden overload of joints and muscles. It also happens when during the week, due to obligations, we only go for short walks with the dog, and then during the weekend we give ourselves and our pet a long and strenuous walking route or take the dog for intensive training. That is why it is crucial that physical activity is regular and balanced, both for you and your pet.

RELATED ARTICLE:  Dog Speak : If Your Dog Could Talk, What Would He Say?

According to experts, the best way to prevent overexertion with exercise is to consult a veterinarian first. In accordance with the size, weight, breed, health condition and needs of your dog, he will know how to give you the best advice on how much physical activity your dog needs during the day, as well as which activities are best for him – long walks, running, agility. For example, large (giant) breeds of dogs should not run on hard surfaces until they are one year old (and some even two).
Race

It is known that greyhounds are full of energy and love to run, and for them they are great sports that include a polygon and jumping over obstacles in order to expend that inexhaustible energy. The French Bulldog, on the other hand, is not a candidate for these activities or for swimming, so walks and games are quite enough for him. It is important to keep in mind injuries, and for example golden retrievers can have problems with ligaments if they are forced during intense physical activity. German shepherds can have problems with the.

Gradually improve your dog’s (and yourself) fitness, and first start slowly with training and exercises, and when it comes to walking, don’t immediately set yourself a goal of eight miles. Every day, slightly increase the walk or the duration of the training, as well as the intensity and speed. Don’t forget about hydration, always bring water for a walk or recreate with your pet near a fountain or fountain. Vacation is also crucial. After exercising, everyone needs a little time to lie down and relax their muscles. This prevents possible stretching and serious injuries.

RELATED ARTICLE:  Syrian Man with Heart of Gold : No animal will be left behind

Just as athletes don’t go out on the field or arena before warming up and moving their muscles, neither should you or your dog. First, go for a walk at a slightly faster pace, throw the ball first for a few minutes or jog lightly before you start running with the dog or he runs while you ride a bike or rollerblades. The same is true before agility classes, let the dog “stretch his paws” a little and move his muscles. This will primarily preserve his joints.

Many times so far we have written about one of the biggest problems of today, and that is obesity in dogs. Excess weight in the waist creates additional strain on the joints, and during strenuous physical activity, overweight dogs can be easily injured. About 50 percent of all dogs are obese, and being overweight is the main cause of arthritis in dogs, according to the latest data. As weight puts pressure on the joints, the cartilage is “consumed” rapidly and painful inflammation occurs. If your dog is fit, he will be healthier, more active and – he will live longer.

Don’t wait for the weekend to be active. If you are an early riser, schedule one longer walk or jog with your dog before work, and then one during the afternoon or evening. If you don’t have time for a long walk, throw the ball for ten minutes or throw a stick at it. The dog must have enough physical activity every day in order to be healthy, but also in order not to show behavioural problems. A tired dog is a happy dog, says the saying, and we would add that it is a tired dog – a good dog that does not bite your shoes when you go to work.

RELATED ARTICLE:  Training Your Dog for a Dog Show - Tips and Tricks for Beginners

It is important to keep in mind the surface on which your pet moves. Due to long and intense physical activity on the concrete, the dog can injure or cut its paws, because their pads on the paws are sensitive. Also, take into account the temperature of the substrate, especially when the temperatures are extreme – during the summer, when the asphalt is hot, and during the winter, when we have ice.