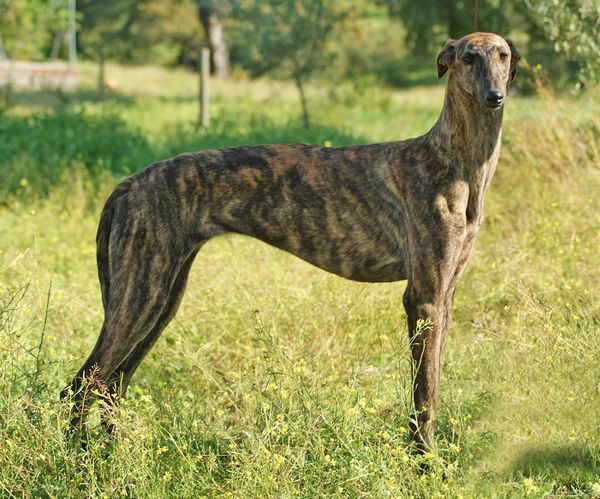 The Spanish Greyhound is characterized by its short fur. This breed of dog can be found in black, sand color, white, red, brown, and yellow.

With children, these dogs would rarely have a problem because they instinctively realized that they should be careful with small people. They want to play with other dogs and show their tremendous speed. For cats and other pets, they are not very friendly, because the hunting instinct forces him to chase everything that moves.

Because Spanish Greyhounds are not very well known outside of Spain and are not recognized by some clubs, information on some health problems is not available. This breed of dog can most often have a problem with osteosarcoma, a foot problem, and metabolic problems.

The fur of this breed of dog requires relatively little care. As with other breeds, it is important to clean your ears regularly and to trim your nails occasionally. If this dog is free to move in a large fenced area, then it would be enough to run a bike twice a week in order to get new impressions.

If it is not possible to walk freely in a fenced area, his need for walking will increase. If you don’t give them enough time to walk and run, they will become frustrated and lose their composure.

RELATED ARTICLE:  Why does everyone want to have Akita?

Like other breeds, the Spanish Greyhound should be fed high-quality dog food. It is best to eat more often 3-4 times a day in smaller meals.

The Spanish Greyhound breed is less common. Guides to clubs in the United States can rarely find puppies of this breed. There are several organizations that offer dog breeding, so in this case, it would be better to contact them to give you a direction where you can get Spanish Greyhound.