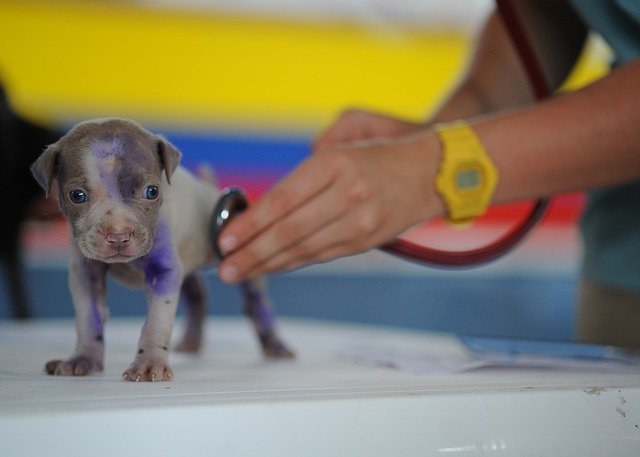 Febris Infetiosa Canis is one of the most famous but also the most dangerous infectious diseases of viral origin, which occurs in dogs. Although it mainly occurs in puppies and young dogs, cases of adult dogs are not excluded. The puppy arrived in Europe from Asia more than two centuries ago, and clinically and historically it is a very important dog disease.

The cause of the disease

The Febris Infetiosa Canis virus is a very contagious and severe multisystem disease of dogs, and in its structure, it is similar to the smallpox virus in humans. Although it is not transmitted to humans, it is very easily transmitted by direct contact with a sick and healthy dog. As the infected individual has coughing and discharge from the nose, mouth and eyes, the virus is easily transported to the external environment, but it is quite resistant and easily destroyed by disinfectants or under the action of heat.

Although the incubation period is 3 to 6 days, the first clinical symptoms may appear only up to 3 weeks after that. The forms in which the disease occurs can be: Acute (nervous, intestinal, pulmonary and cutaneous), mild, apathetic, chronic and subclinical.

Whatever form it occurs, the most common symptoms include runny nose and eyes, cough, fever, decreased appetite and abdominal ulcers. If you notice any of these symptoms, do not wait, but consult a veterinarian, because the first symptoms may be mild and then the disease is easier to cure.

When the condition generalizes, which is the most common form, the mortality rate is high, and most often affects unvaccinated puppies. It is an acute form, most often nervous or cutaneous, often accompanied by other acute forms. The dog may then have symptoms of fainting, chewing empty, and may begin to refuse food.

RELATED ARTICLE:  Can Dogs Laugh & Smile? What does it mean when a dog shows its teeth?

Before the treatment, it is important to emphasize that in the case of puppies, prevention is the only safe solution, and it includes regular vaccinations of both puppies and adult dogs, because it can happen that an adult is a carrier of the virus without symptoms.

Vaccination of puppies is done at the age of 8 weeks, and the next revaccination follows at the 12th and 16th week. Although vaccination itself is not mandatory, it is recommended that it be done every year in adult dogs, especially bitches, because puppies are protected through breast milk from 2 to 4 months. The treatment of the disease itself is very difficult, and the outcome is uncertain and often fatal.

At the very beginning of the disease, hyperimmune serum is applied, and after the appearance of symptoms, the therapy does not guarantee success. In order to prevent additional complications in the form of secondary bacterial infections, the diseased dog is given broad-spectrum antibiotics.

Phenobarbitone is also prescribed for the nervous form of the disease in order to prevent convulsions, and for vomiting and diarrhea, fluid replacement is needed. As the treatment is long-lasting, it is necessary to pay special attention to the dog’s diet, so it includes foods rich in proteins and carbohydrates, with little fat.

As with the other three most common diseases of dogs (parvo virus, hepatitis and leptospirosis), in the case of puppies, the most important prevention is timely vaccination, regardless of whether the dog stays in the house or yard, because it is one of the guarantees of long and quality life. pet.