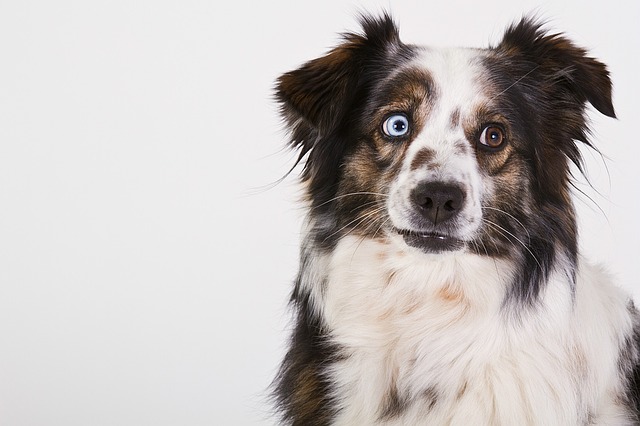 Are Dogs Color Blind? What Colours do Dogs See? The number of colours that dogs see is less than what people see, and it is not uncommon for dogs to be colour blind. Certain colours, however, see much better, blue and yellow most often.

Do dogs see in the dark?

– As in humans, the dog’s eye has an inner sheath or retina (retina) made up of light-sensitive visual cells, so-called rods and cones. Because of these cells, dogs can see well even in low light. Although we are not sure of the exact number, research has shown that dogs even have many more of these sticks than humans. Other retinal cells are called cones, and because of them, dogs perceive colors and function well in bright light.

The human eye has six million cones, and the dog’s eye is much smaller, about 1.2 million, which means that they see weaker than us in strong light.

Dogs see colours, but fewer in number than humans

It was once thought that they saw the world in black and white, but according to the American Kennel Club, dogs still see colours, but they have a narrower spectrum.

Dogs can be colour blind

– There are three different types of colour blindness in humans, and dog eyes are similar in this regard. They see blue, yellow and grey best. Orange or red toys in green grass to a dog look like they are the same colour as the grass, but they will best see a blue toy in green grass.

Why do a dog’s eyes glow green in the dark?

– You have probably noticed that dogs and cats’ eyes can be bright green in the dark, and this is due to the shiny surface in the back of the eye called tapetum lucidum, which acts as a mirror inside the eye and reflects the light that enters.

– That light amplifies a process called fluorescence, and the wallpaper can reflect up to 130 times more light than in the human eye, which is why dogs are five times more sensitive to light than us.