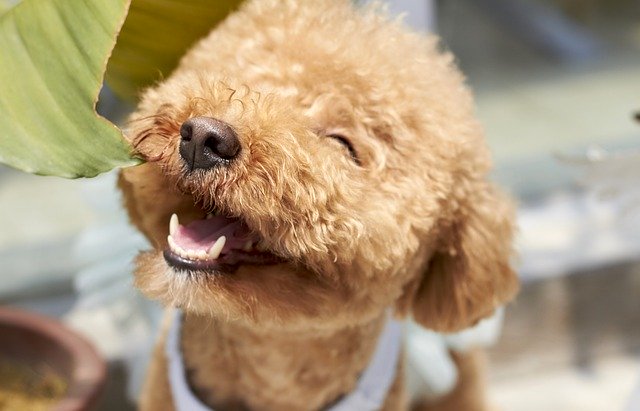 You may notice that sometimes your dog winks to you. Many dog ​​owners rarely talk about this because in most cases they think that they imagined the winking of their pet. However, it turns out that dogs actually do this. Winking can be intentional behavior with different meanings.

Depending on the situation, this behavior can be interpreted in different ways. It can be a sign of affection, a sign that the dog is at peace or seeking the attention of its owner. If it is an action that your pet often does, it can also be a sign of imitating the owner. Dogs may sometimes wink to show their submission to another dog or even a human.

To help you figure out why your dog is doing this, his body language could help. If the dog waves its tail high, with its ears erect while winking, then it shows either interest or demands the owner’s attention. A dog that rolls on its back, crouches, or strokes you with its tail on its legs may say that it is submissive. Also, maybe your dog wants to just tell you that he loves you if he playfully winks.

However, it is necessary to pay attention because frequent winking, especially with the same eye, can be a sign of a problem. Dogs may tend to close their eyes if they feel discomfort, pain or are sensitive to light. Also, another serious reason that can produce frequent winks and blinks can be entropion – a genetic disease or condition of the eyelids that in a lot of cases affects dog breeds with shorter noses and fuller faces, such as the breed Chow Chow.

As humans do, many dogs can wink or blink if their eyes have come in contact with hair, dirt, or dust. If you notice a discharge from the eye, involuntary or increased blinking, red-eye, or anything resembling an eye injury, be sure to take your pet to the vet.