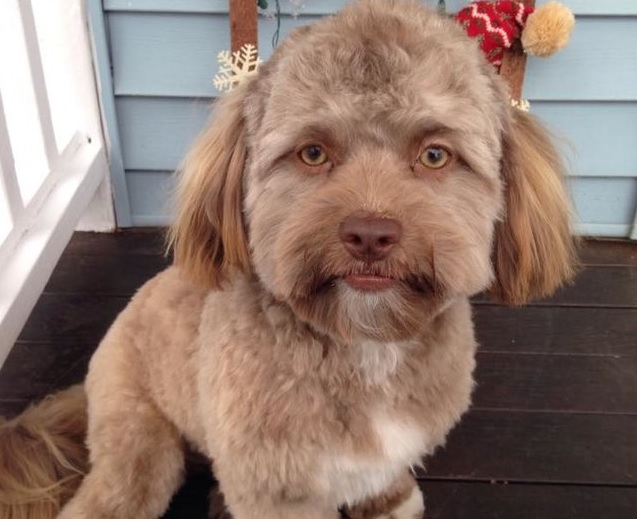 Yogi is a half human-half dog or he is a humanoid dog or a dog that looks like a human?We cannot make our mind but this Shih-Poo (something between a Shih Tzu and a Poodle) has amazing human resemblance.

Chantal Desjardins, posted a photo on her Facebook profile and after three months, the photo become viral and launched Yogi in stardom.

The photo earned almost 20 thousand likes and more than 600 comments and for the whole thing to be more interesting, Buzzfeed, The Mirror and NBC News also reported about Yogi.

Yogi’s owner, Chantal told the press – “It is not that I have noticed something about Yogi. I’m not professional photographer at all and the photo is not edited.”

RELATED ARTICLE:  How much you need to groom them,and how often...