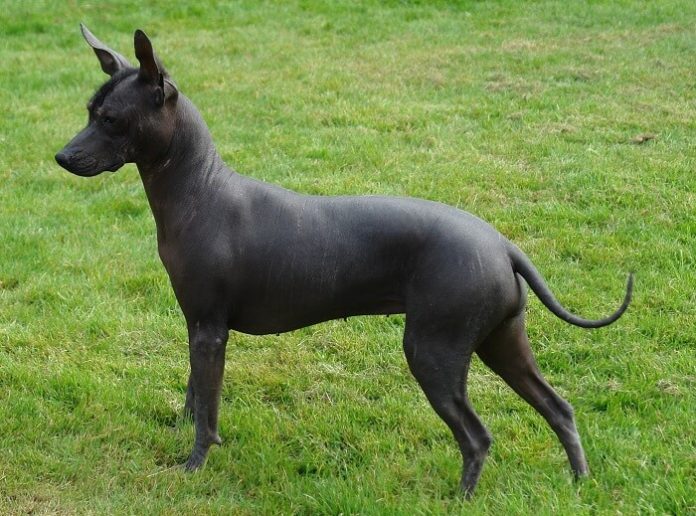 History of the Breed Xoloitzcuintli or the Mexican Hairless Dog is an one of the oldest dog breeds in the world. There has been discoveries of this dog’s remaining in tombs that are old at least 3500 years. Interesting fact was that this dogs were sacrificed when they owner would pass away.

The belief was that they will guide their owner’s soul to the afterlife/underworld. This Mexican breed couple of decades back was nearly extinct and even today it is extremely rare. The World Canine Organization realized that the breed’s existence is at stake so they have organized a project to revitalize this breed and they use only 10 dogs. This 10 dogs are the ancestors of 99% of all modern Xoloitzcuintli.

Even though this breed is extremely rare even today, at least it is not in danger to become extinct. Worshiped in the past by the Aztecs, Toltecs and the Maya people, today this dog breed is the national pride of Mexico.  When Christopher Columbus in 1492 arrived in Central America, there is a entry in his diary about strange hairless dogs and as a proof, few of them were transported to Europe.

Despite the more than 3500 years tradition in Mexico, this breed was not popular until the 1950’s. Federation Cynologique Internacionale that was found in 1940 wasn’t paying attention to Xoloitzcuintli ad was not prepared to declare this breed as a official dog breed. The dog itself start to turn up at dog shows in Mexico in the late 1940’s.

It was recognized as ancient breed but there was not much interest about the breed and no official standard existed by which to judge. In 1953 Federacion Cynologique Internacionale (FCI) realized that this breed would became extinct and drastic actions were taken in order to prevent that. The Xolo Expedition in 1954 led by Mexican and British dog authorities were on a search for the remaining of any purebred dogs in remote areas of Mexico. Ten structurally strong and fertile Xolos were found and the breed revival started. On May 1 1956, the first official standard was authored by committee headed by Norman Pelham Wright. 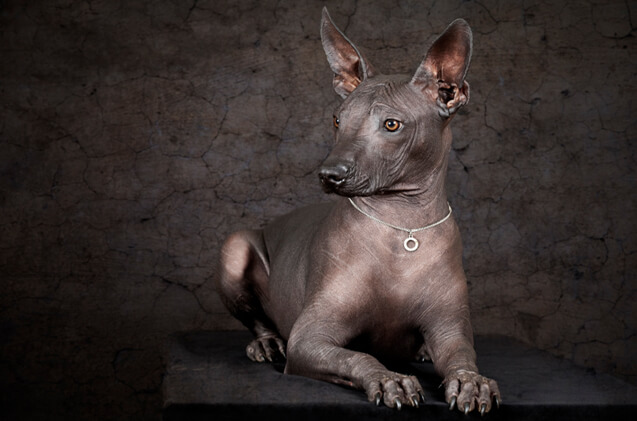 This breed has a variety in size which goes from 4 to 20 kg. The Xolo have sleek body, large bat-like ears, almond-shaped eyes and long neck. The hairless trait originated from a mutation nearly thousand of years ago. But, most litters contain both coated and hairless puppies. The dog itself could be completely hairless on the body to few short hairs on the top of the head, the tip of the tail or the toes. The hairless dogs are bluish-gray or black. The hairless Xolos usually have incomplete set of teeth while the coated dogs have complete dentition.The breed comes in a range of sizes which authorities and breeders have standardized in three categories, toy, miniature and standard.

Xoloitzcuintli is a healthy breed in general, because it has been developed by natural selection for thousands of years and it is not prone to structural and health issues like many other dog breeds.Because they originate from a warm climate country and because their lack of coat, they should be indoor pets. Most important aspect of having Xoloitzcuintli is the regular bathing that needs to be done in order to avoid the skin problem that may occur due to neglect, poor breeding or even over-bathing.