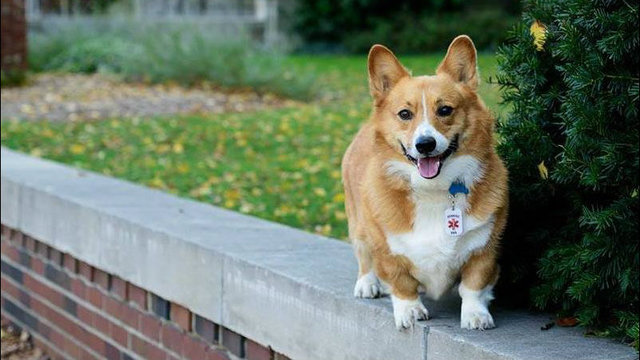 Reggie Bee is a therapy corgi but he might be the University of Michigan’s next student government president.

The “campus-corgi” is the unofficial mascot at the college, and he has 5.000 genuine Facebook friends.Regi Bee couldn’t go run for president on the official campaign, but he claimed “anti-dog discrimination” and now he is running as a write-in candidate for Student Government President.

Will Reggie Bee become the next student government president? We have to wait and see…