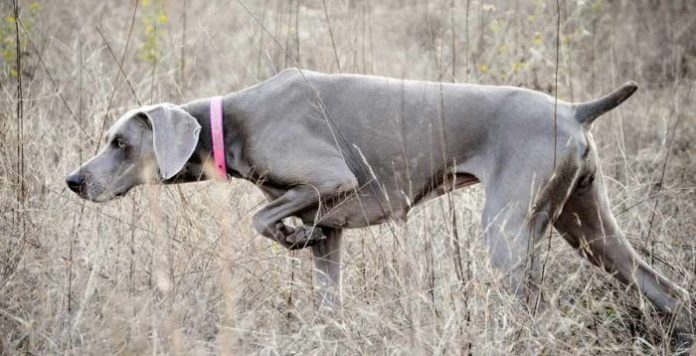 This exceptional ( Weimaraner ) hunting breed was used in the past mostly by hunters because of it’s highly-developed instinct for hunting. But, today this dog breed is paying the price of it’s aristocratic appearance. There are many kennels for this dog breed that are not paying attention to keep this dog’s basic role.

This dog breed was on it’s raise during 19th century as a gun dog, used for big game hunting of bear and deer. Interesting fact about this dog is that while in hunt, this dog is keeping his head lower than any other hunting breed. It is very stable and strong dog and he wouldn’t mind hunting in any weather condition. Today this dog breed is used as service dog, guard dog, show dog and especially as a pet. 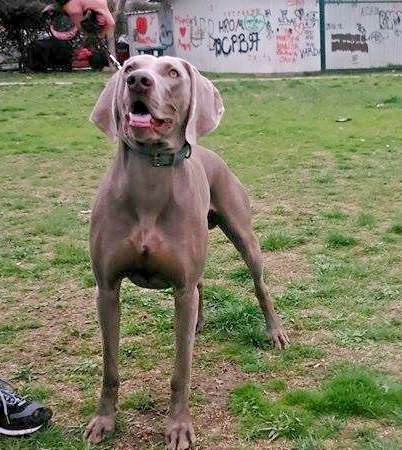 The name “ Weimaraner ” got his name in the second half of the XIX century. It was named after the Grand Duke Karl August Weimar (1757 – 1828). There are reports that the Grand Duke was passionate hunter and he was using short-haired, bright-colored dogs. The first specialized kennel for Weimaraner was founded in 1897. As we go back in history, there are theory that similar-appearance dog was reportedly kept by King Louis IX of France.

Another theory is that this dog is the ancestor of St. Hubert Hound, or some dog with similar features like St. Hubert Hound. The Germans especially people from Weimar region were so proud and possessive about this dog breed, that when the first dogs were exported to the United States, they were sterilized in order to prevent this breed from commercialization.The dog fits well with the family members in the house – but we shouldn’t understand this wrong. This dog is hunting not family dog.

RELATED ARTICLE:  Your Dog Barking at Guests? - How to Stop It

This dog breed has a little bit stronger constitution than German short-haired pointer and with his aristocratic appearance he is leaving strong impression. Head is strong and his eye color can very from gray to grayish-blue. The ears are high on the head and wide, while the neck is strong and muscular. The chest as well as the neck are strong and muscular that add one more feature to this breed’s appearance. The tail is on lower position than any other pointer breeds. 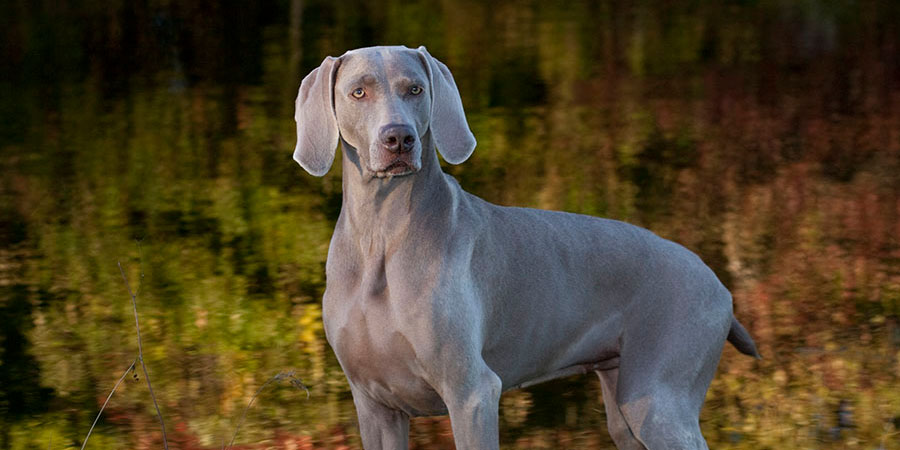 Weimaraner’s coat color could come in three colors: mouse-gray, silver-gray and deer-gray with allowed white mark on it’s chest and toes. Ideal coat is short but there are some dogs that have longer hair. According to the FCI standard this dog stands between 59 to 70 cm. height and it normally weight from 30 to 40 kg.