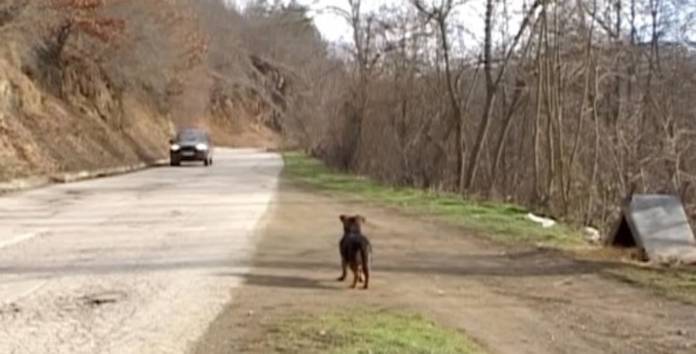 There are many reports about dog’s loyalty towards his owner. We all know about the story of Hachiko who waited for his owner on the train station for almost 10 years. Similar event occurs in Kursumlija region in Serbia.

More than a year ago, a mixed breed dog has followed his owner to the bus stop in the village of Vlahinja, near Kursumlija in Serbia. His owner went to hospital in Belgrade but, never come back. His owner passed away in the Belgrade hospital but, his dog is still for him on the same place over 1 year.

The dog has been noticed by many drivers that are passing in this area. The dog is standing under the street sign and he is looking at all passing vehicles, because he might hope that he will see his owner coming back. 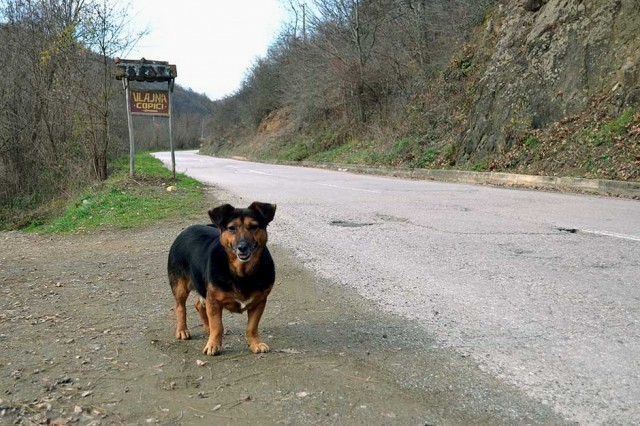 This emotional story made some travelers that are passing in this area to carry extra food for the dog, and some good people has build an improvised house to keep him warm in the long winter nights. The locals are saying that this dog is not aggressive, that he never barks, and most probably was used as a cattle dog.

A local girl was petting the dog, but as soon as he heard a vehicle approaching he run towards the main road to meet the vehicle. When the vehicle will pass, he will start whining and go inside his house.

Many people that knows his story, often travel from far away just to feed him and to play with him, but all of them agree that he will not accept anyone else as owner. He was adopted couple of times, but he always runs away and come back to this place.

Watch the story below.