A tiny puppy has life-changing deformities after ‘poor breeding’ left her unable to walk properly because of a twisted spine.

Emmie, a five-month-old Chihuahua-Yorkshire Terrier cross, was found dumped in a field in Leighton Buzzard, Bedfordshire on March 5.

RSCPA animal collection officer Kate Wright said Emmie was extremely emaciated when she was found and could barely walk. Kate, from Dunstable, adopted her and said: ‘She was so skinny and really weak when she arrived here. But she’s a little fighter and has a smashing little character. ‘She’s really made herself at home and loves Saff and my other new foster, Ruby.’ 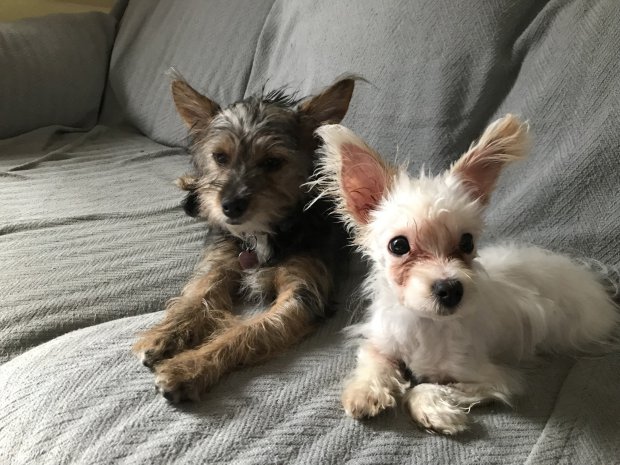 X-rays soon found Emmie – short for Emerald – was born badly deformed which vets believe stems from poor breeding and a bad start in life. ‘She’s not able to straighten her front legs and her spine is twisted as a result but, considering that, she’s actually doing very well,’ Kate said.

‘She’s put on weight, is much stronger and her ear infection has completely cleared up. ‘Vets said there isn’t really anything that can be done to fix her but that she’s not in pain so I want to give her the best quality of life possible for as long as she has. ‘She probably won’t live into old age but she will now have a very happy, healthy life with us for as long as possible.’
RSPCA dog welfare expert, Lisa Hens, said: ‘Unfortunately, dogs are often bred with their looks in mind and not their health and welfare.

‘In Emmie’s case, her deformities may well be a result of poor breeding. A current trend is for breeders to produce tiny puppies by choosing the smallest bitch and dog to breed from – also known as “teacup” dogs. 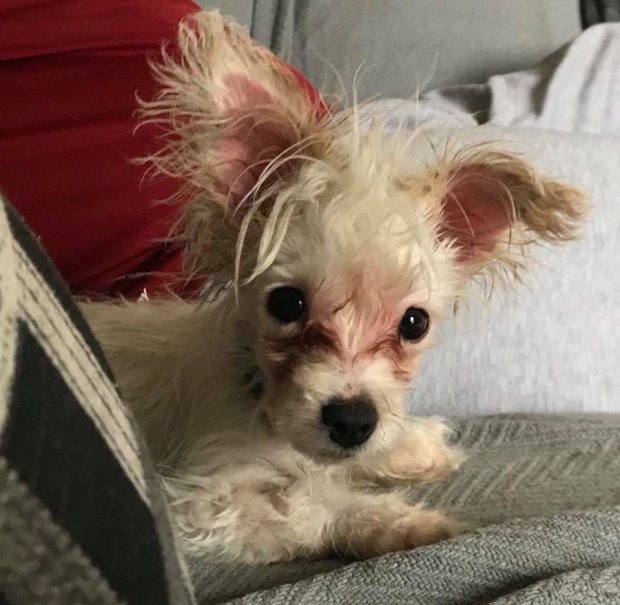 ‘Deliberately breeding them to be so small can often lead to puppies having serious health problems including issues with their legs or genetic issues which may be the cause of deformities.

‘Deformities can also be the result of bad nutrition and a poor start in life, with the mum and pups not getting what they need, leading to poor development.’ But Emmie is a happy dog who enjoys playing with her owners and the other dogs – and loves going out on walks.

Kate said: ‘She does struggle to walk for long distances but we never leave her behind. ‘We make sure she gets exercise and, when she gets tired, we scoop her up and carry her in a special little sling we use. ‘That way she can still enjoy the fresh air and be with the whole family – we’d hate to think she was getting left out. ‘She’ll never go hungry again and will also have a cozy sofa to curl up on in the evenings. She’s such a wonderful little dog and I’m so pleased we’re able to give her the life she deserves.’ 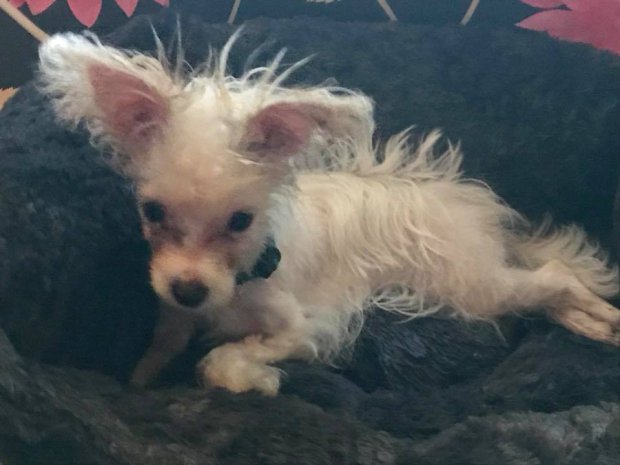