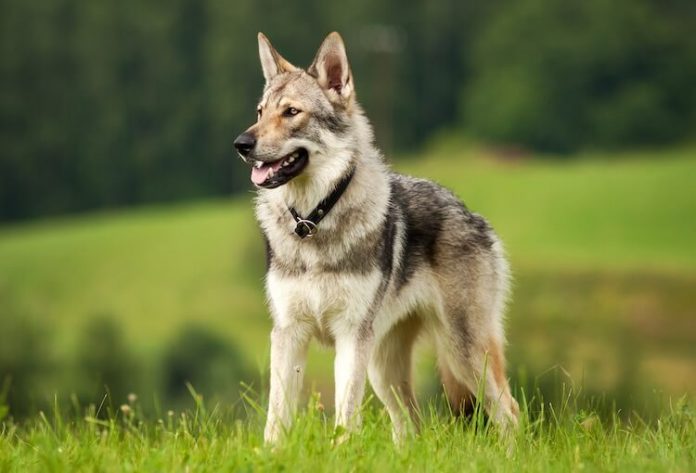 Is your dog have wolf behavior? When you look at your pet in your lap, you must be wondering how it is possible that a few thousand years ago dogs were as wild as their wolf cousins?

Dogs do not actually come from today’s wolves, but from a wolf ancestor that has become extinct. No matter how hard scientists tried to establish when people domesticated that long-extinct wolf ancestor and when we got the best dog friends we know today, unfortunately, that is an impossible mission. Dogs are the first animals ever domesticated by man, but we will never know exactly when.

Before we started growing crops or settling in North America, dogs were with us and helping us. It is even possible that we had a good time before the ice age. According to the data available today, the coexistence of dogs and humans began, approximately, about 27,000 years ago, and people then began to adapt dog behavior to their needs.

But many of the instincts that characterize today’s wolves have remained with dogs. When it comes to prey and satisfaction called food, there are five main instincts in wolves, which, if you pay a little attention, you can notice every day in your cute pet.

Here are the ones:

Quest – wolves sniff the trail of prey and follow it. This “tool” is most pronounced in bloodhound dogs, and the most famous is St. Hubert’s dog. His sense of smell is 40 times stronger than a man’s, and he can “catch” the trace that was left a few days ago. When you see your dog sniffing curiously, it means that he gets information about the environment and follows the trace left by a cat or a squirrel.

RELATED ARTICLE:  Do you annoy your dog?

Lurking – when a wolf, through its sense of smell, gains insight into how and where the prey moves, then, based on visual clues and signals sent by the pack, it moves in the lurking in order to approach the prey unnoticed.

This practice is most noticeable with border collies because they have supervision. It provides them with excellent peripheral vision and an excellent assessment of the situation – “tools” necessary to keep an eye on the number and livestock. By rolling in a larger number of rod-shaped cells in the eye, they see much better than humans, even in low light. If you notice that your dog is slowly and bently approaching the bird before running “into the attack” – he inherited that from his ancestor wolf.

Chase – For wolves, speed and endurance are key to survival because they must run faster and have more strength than prey to eat. Greyhounds, for example, can reach speeds of 60 kilometers per hour in a race by chasing an animal they see moving.

Bite and feeding – including just holding in the mouth and a deadly bite, which in the wild, when it comes to wolves, will depend on whether the prey is large or small. Yet, as they hunt in packs, wolves generally go on to kill prey immediately. These instincts and behaviors are specific to retriever dogs because they are valuable to them in hunting.

They can catch an animal without injuring it, but by gently bringing it to the hunter’s teeth. Scottish Terriers, for example, have controlled rodent populations for decades thanks to this instinct (but that mechanism of deadly bite). When you see your dog biting a piece of toy or enjoying pulling on a rope – that is the instinct he inherited from his wild cousin.