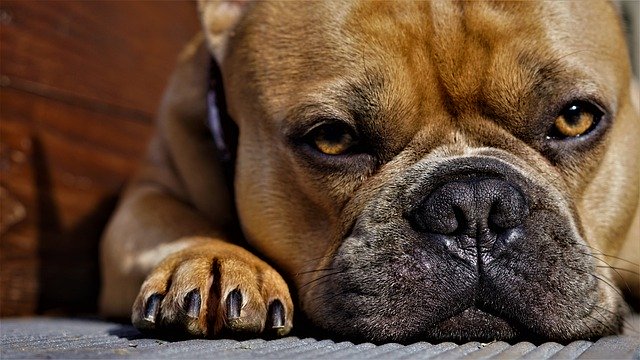 Because nails grow constantly in dogs, as in humans, they can become too long in inactive dogs. Such nails can cause pain in the animal, interfere with its movement or lead to injury and infection.

Dog owners and connoisseurs do not fully agree on whether dogs should have their nails shortened. In essence, that decision depends on the characteristics of the dog itself, as well as the environment in which it lives. Most dogs walk and play on hard surfaces, from home parquet to asphalt. This base plays the role of a natural “file” that shortens the claws in a natural way.

Because nails grow constantly in dogs, as in humans, they can become too long in inactive dogs. Such nails can cause pain to the animal, interfere with its movement or injure and infect it. In these cases, it would not be bad to shorten your pet’s nails. It is usually suggested to listen to the dog as he walks on the tiles as a test of whether the claws are too long. If you hear the pounding of nails, it means that they should be cut.

1. The first thing you need to do is get the proper scissors. You can buy them in a pet shop and that will significantly make your job easier and reduce the chances of your dog getting injured. There are several different types. The most common are classic scissors and “rasps”. Scissors work like any other – just put a nail between the two ends and cut it off. The “rasps” has a hole through which you pass a nail and a blade which you then press, similar to the infamous device from the French Revolution. The “rasps” is considered by most owners to be easier to use.

2. Another problem you will surely face is the reluctance of the dog to calmly allow you to shorten his nails. That is why it is important to calm the dog, relax and connect the claw cutting ritual with pleasant associations such as food and treats that will reward your best friend after an unpleasant session. Before you start cutting your nails, gently caress him and massage his paws to relax.

4. Hold his paw firmly, but not too hard, with one hand and special scissors with the other. Raise your paw just as much as you need to. Cut one nail at a time, and only the curved part, carefully, so as not to injure the nerve in the middle of the nail and cause bleeding and pain.

5. When you move to the front paws, it is best to take a pose by looking at his upturned paw from above, similar to when a horse is shod. We repeat once again – it is very important that you do it gently and lightly.

6. When you are done, be sure to praise the dog and reward him with a treat and a walk. The walk will also come in handy for him to file and round his shortened nails.

RELATED ARTICLE:  What does your dog's different bark mean?

7. Take care that when shortening your nails, you always have a preparation to stop the bleeding, because, no matter how careful you are, injuries often happen. This is another item you can get at the pet shop. In any case, even if you do not use any preparation (for some dogs it is more uncomfortable even than cutting the nails), the bleeding should stop after five minutes at the longest.