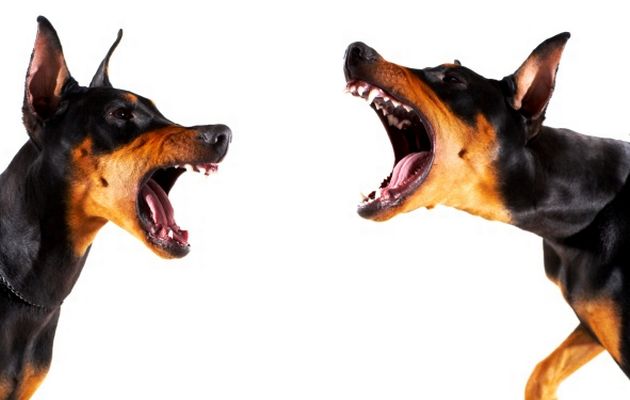 Can dog aggression be cured? The lack of understanding of the owners why problems arise in their dog’s behavior, how to approach the problem and what are the methods of therapy, has led to the fact that in most cases the reasons for leaving dogs are mental disorders – aggression, anxiety and obsessive-compulsive disorders.

This negative trend is the reason for the poor education of the owners by professional people – veterinarians specializing in animal behavior.

In our profession, there are no diagnostic procedures and regulations for assessing aggression in owners and dogs in shelters. Therefore, no dog can be declared “aggressive” and therefore not homeless, because there is no legal basis for such a thing.

The diagnosis of aggression can be performed only by a professional, and that is a doctor of veterinary medicine who is especially specialized (or certified) for the pathology of animal behavior. This further raises the question – who has so far declared dogs “aggressive” and homeless? As there is no system or clearly regulated bylaws, this was mostly done by unprofessional people, and such “labeling” of dogs is generally very questionable.

In order for a dog to be declared homeless, it must be followed through the standard operating procedures that every shelter must-have. This is the practice everywhere in the world, and it is generally the best example of the United States, where experts are in charge of it.

The assessment of the dog begins with a general examination of the physical health, and then mental through a series of standardized behavioral tests, which usually consist of: assessment of comfort levels (tolerance) to “hold” or touch, reaction to new stimuli, bite inhibition, food behavior and storage resources, willingness to interact with other animals and humans, assessing arousal levels, causes and types of aggression, fears and phobias, anxiety disorders, and assessing stereotypical or obsessive-compulsive behavior.

Based on this initial assessment, a behavioral modification program is prescribed that is implemented daily, which means that every dog, with any mental disorder, is given a chance to recover.

Behavioral modification programs are implemented for a maximum of three months, and this is the optimal period for achieving results. After that, the dog is subjected to tests again and the final prognosis is given – whether there has been progressing, whether the dog is ready for adoption under special conditions, whether the dog is declared homeless, whether euthanasia is needed.

We do not have such a practice, so it is absurd to declare a dog “aggressive” in our shelters, especially since uneducated people do it with various “educational” methods.

It is the natural emotional response of every living thing and the mechanism that ensures survival, and puppies or young dogs that are not accustomed enough to the urban environment express fear by defending themselves and this is interpreted as aggression out of fear. Aggression is only a consequence of fear, and the cause – fear, and not a consequence – aggression is always treated.

Aggression is a syndrome, not a symptom. It is a whole spectrum of different forms of reactions (behaviors), which begins with warning signs, and may or may not end with a bite. The term “aggression” is not a diagnosis in itself, it is an incompletely defined mental state, because it is only a consequence of some other cause.

The most common form

The most common forms are dog aggression out of fear as well as defensive aggression, where the dog is either afraid of something unknown or has been taught to “defend” on the basis of negative emotional experiences (inflicting pain, physical abuse…). They are overcome by thorough and daily work with the dog with the help of counter-conditioning and desensitization techniques which are the basis for the implementation of behavioral modification.

Diagnosis of problematic behavior requires an assessment of the overall health condition: taking a medical history, a detailed medical and neurological examination, conducting the necessary diagnostic tests to rule out health problems as a cause of behavioral change. Then begins a detailed behavioral history – when the problem first occurred, the frequency of occurrence and under what conditions, the presence of the previous stimulus, the goal of the behaviour, and the result.

Once the case history is completed, one can approach the development of a theory of why and how the behavior developed, how it is maintained, and make a work plan (behavioral modifications) to reduce or eliminate the problem.

In the first, if the history of the case showed that the animal’s behaviour is natural but manifests itself in the wrong place and at the wrong time, then solving the problem includes teaching the animal new, more acceptable behaviors (for example – barking at strangers).

In the second, the history of the case may show that developed behavior is the result of previous experience. If a dog shows fear of loud sounds and sudden noise, he may develop a long-standing fear or phobia of thunder or firecrackers. The usual approach to therapy is to gradually expose the dog to unpleasant sounds via audio devices, taking care to constantly work below his tolerance threshold, with the application of a desirable, positive stimulus in the form of rewards (sweets).

After several such repetitions, the intensity of the unpleasant stimulus gradually increases, with the simultaneous presentation of a positive stimulus. In this way, the dog learns to associate loud sounds with pleasant events, not with fear. In most cases, a therapeutic approach combining these two methods is necessary.

Let’s take the example of the United States again. When a dog is declared difficult to adopt due to aggressive behavior, it means that the expert assessment of the entire team of experts is such that it is possible to adopt a dog in a controlled environment, with foster parents who already have experience with more demanding dogs. A detailed psychological assessment of potential foster parents is also conducted through extensive questionnaires and practical tests.

Depending on the initiators of aggressive reactions, there are certain restrictions: households without children, households without other dogs or other animals, live exclusively in the house, life outside the city. Foster parents are trained in detail about the program they have to carry out with the adopted dog and have continuous monitoring by professionals from the shelter.